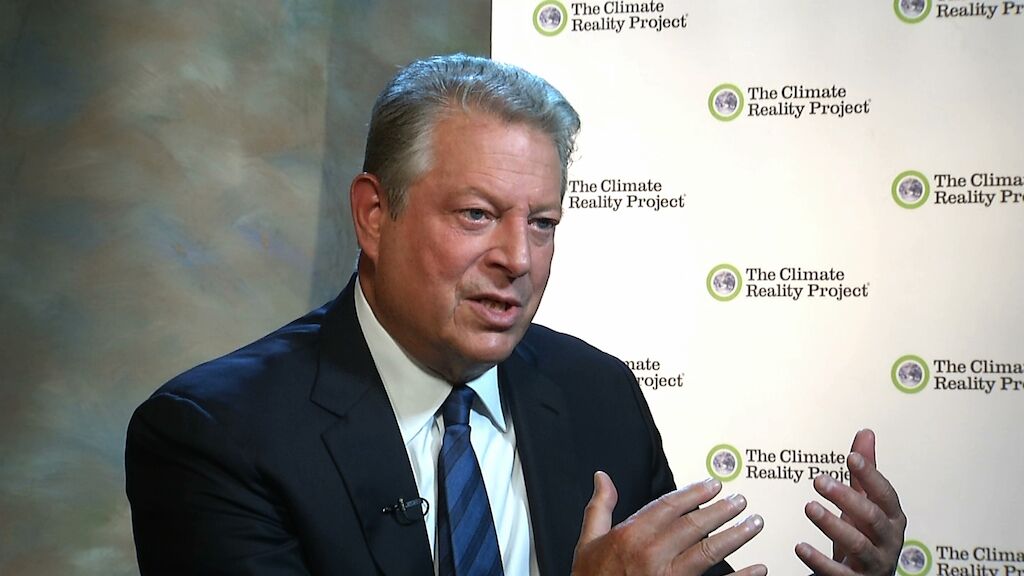 Gore spoke briefly with reporters after the meetings.

“I had a lengthy and very productive session with the president-elect,” he said. “It was a sincere search for areas of common ground.”

“The bulk of the time was with the president-elect, Donald Trump,” Gore said. “I found it an extremely interesting conversation, and to be continued, and i’m just going to leave it at that.”

In an interview with the Guardian posted Monday, Gore talked about climate change and Mr. Trump’s win.

“There is no time to despair. We don’t have time to lick our wounds, to hope for a different election outcome,” he said. “We have to win this struggle and we will win it; the only question is how fast we win. But more damaged is baked into the climate system every day, so it’s a race against time.”

Gore campaigned for Clinton in the run-up to Election Day after announcing his support for her ahead of the Democratic National Convention in July.

He lost the Electoral College to President George W. Bush in the 2000 presidential election. Since leaving the White House in 2001, Gore has focused on educating the public on climate change and global warming. He wrote and narrated the 2006 Academy Award-winning documentary An Inconvenient Truth about the issue.

While Trump has previously called climate change a “hoax,” he suggested that he had an open mind on the issue in a recent interview with The New York Times.