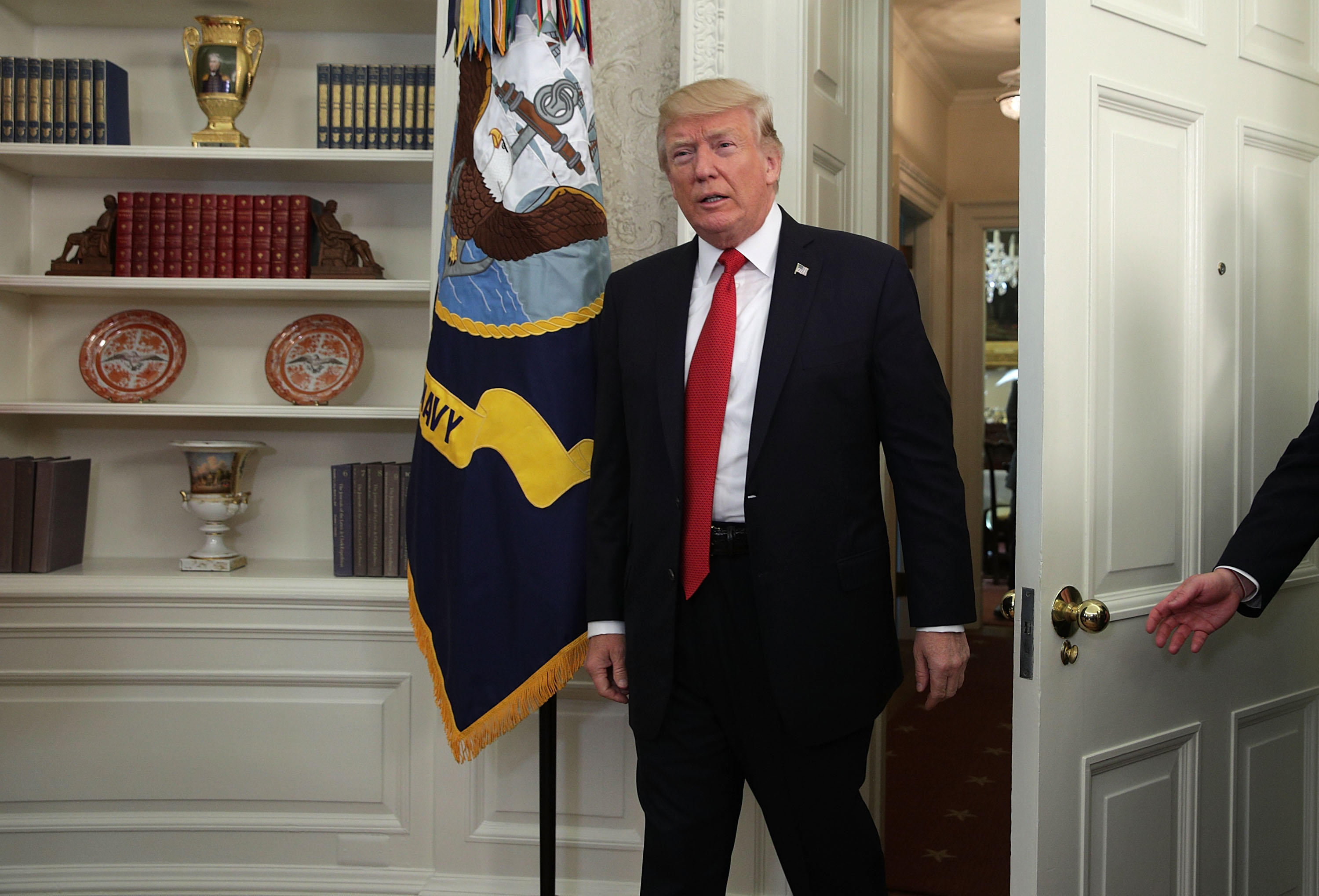 WASHINGTON -- President Donald Trump on Tuesday allowed the resumption of refugee admissions into the U.S. under new, stricter screening rules but ordered nationals from 11 countries believed to pose higher risk to U.S. national security to face even tougher scrutiny.

Officials refused to identify the 11 countries, but said refugee applications from those nations will be judged case-by-case.

Mr. Trump issued his new order on refugee screening as the administration's four-month ban on refugee admissions expired. It directs federal agencies to resume refugee processing, which he clamped down on shortly after taking office.

The new "enhanced vetting" procedures for all refugees include such measures as collecting additional biographical and other information to better determine whether refugees are being truthful about their status; improving information-sharing between agencies; stationing fraud detection officers at certain locations overseas; and training screeners to weed out fraud and deception.

Refugees already face an extensive backlog and waiting periods that can take years. Additional screening will likely lengthen the wait.

"The security of the American people is this administration's highest priority, and these improved vetting measures are essential for American security," said acting Homeland Security Secretary Elaine Duke. "These new, standardized screening measures provide an opportunity for the United States to welcome those in need into our country, while ensuring a safer, more secure homeland."

Jennifer Sime, senior vice president of U.S. programs for the International Rescue Committee aid group, said in advance of the announcement that she was concerned the new screening procedures would add months or even years to the most urgent refugee cases. She said most of those cases involve women and children in "heinous circumstances who need the permanent and proven solution of resettlement."

"With a world facing brutal and protracted conflicts like in Syria, or new levels of displacement and unimaginable violence against the Rohingya - this moment is a test of the world's humanity, moral leadership and ability to learn from the horrors of the past," she said. Sime was referring to the mounting refugee crisis in Myanmar, where more than 600,000 Rohingya Muslims have fled to Bangladesh to escape retaliation from security forces.

Eric Schwartz, president of Refugees International, called the White House's new restrictions "remarkable," and called on the administration to "at least have the decency to be transparent about what they are doing, and name the nationalities affected."

"Since 9/11, and the admission of nearly one million refugees, there has been no case of an admitted refugee in the United States being responsible for the death of an American due to an act of terror," Schwartz said in a statement released Tuesday.

"There is little indication that any serious review of the so-called SAO countries was even attempted during the many months during which a review was supposed to be taking place," he alleged, calling the new screening effort, "a tragic example of evidence-free policymaking."

Even with the refugee ban lifted, admissions are expected to be far lower than in recent years.

Mr. Trump last month capped refugee admissions at 45,000 for the year that started Oct. 1, a significant cut from the 110,000 limit put in place a year earlier by President Barack Obama. The actual number admitted this year could be lower than 45,000, since the cap sets a maximum limit, not a minimum.

In a separate action Tuesday, the U.S. Supreme Court dismissed a case about the refugee ban. An order from the justices wipes away a lower court ruling that found problems with the refugee ban and with a temporary pause on visitors from six mostly Muslim countries. A new travel policy that applies to six countries with Muslim majorities already has been blocked by lower courts.

The limits on refugees were in addition to Mr. Trump's broader "travel ban" on people from several countries. Courts have repeatedly blocked that policy, but largely left the temporary refugee policy in place.

Mr. Trump has made limiting immigration a centerpiece of his administration's efforts to safeguard U.S. national security.

As CBSNews.com's Rebecca Shabad reports, refugees coming into the U.S. already faced rigorous screening prior to the implementation of the Trump administration's refugee ban. They had to apply for refugee status and resettlement with the U.N. High Commission on Refugees, which collects initial documentation and biographic information, which was then transferred to a State Department-funded Resettlement Support Center. Afterwards, the center conducted an in-depth interview with the applicant, entered the documentation into a State Department system, and then cross-references and verifies data, and sent the information needed for a background check to other U.S. agencies.

From there, five entities -- the National Counterterrorism Center, FBI, DHS, Defense Department and the State Department -- screened the applicant using data from the centers. The screening process included checks for security threats such as connections to bad actors and any past criminal or immigration violations.

Syrian refugees received even more scrutiny with an additional enhanced review. The results from the screening process were then returned to DHS and State and trained DHS officers reviewed them, conducted an in-person interview in the host country and collected biometric data. Applicants were also required to complete a class about American culture and undergo a medical screening once they were approved by DHS. Before the refugee arrives in the U.S., CBP and TSA conducted additional screening.

Besides the travel ban, which initially targeted a handful of Muslim-majority nations, the president rescinded an Obama-era executive action protecting immigrants brought to the country as minors from deportation. He has also vowed to build a wall along the border with Mexico.

During the presidential campaign, Mr. Trump pledged to "stop the massive inflow of refugees" and warned that terrorists were smuggling themselves into naive countries by posing as refugees fleeing war-torn Syria.

"Thousands of refugees are being admitted with no way to screen them and are instantly made eligible for welfare and free health care, even as our own veterans, our great, great veterans, die while they're waiting online for medical care that they desperately need," Mr. Trump said last October.

Mr. Trump has said the best way to help refugees is to keep them closer to their home countries.