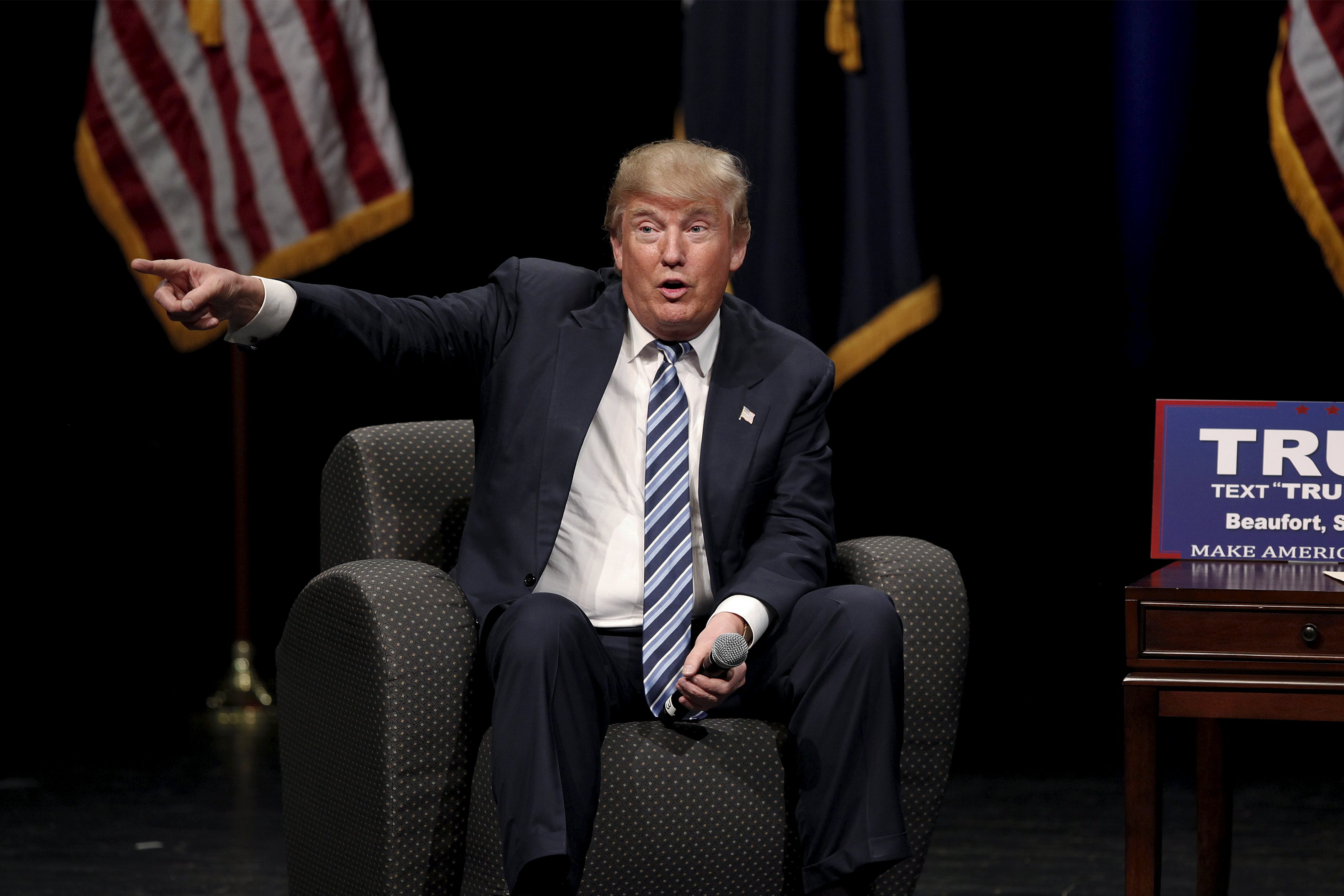 After President Obama made a prediction Tuesday that "Mr. Trump will not be president," the billionaire businessman bit back with his own challenge to Mr. Obama's qualifications for the executive office.

Aiming squarely at the president's 2012 election record, Trump had this message for Mr. Obama: "You're lucky I didn't run last time when Romney ran because you would have been a one-term president."

Trump's comments were responding to a claim the president made about the GOP front-runner earlier that day.

"I continue to believe Mr. Trump will not be president," Mr. Obama said at a press conference during a summit with Southeast Asian leaders in California. "And the reason is that I have a lot of faith in the American people. Being president is a serious job. It's not hosting a talk show, or a reality show."

He added that "the American people are pretty sensible, and I think they'll make a sensible choice in the end."

At his South Carolina event, the reality television star said that he wasn't taking the Mr. Obama's statement as a personal insult.

"This man has done such a bad job -- he has set us back so far, and for him to say that actually is a great compliment, if you want to know the truth," Trump said.

On Twitter the following day, he continued his tirade:

While hitting the campaign trail, Trump has made a habit of criticizing presidents past and present, regardless of their party.

Early Wednesday, Trump phoned into NBC News for a "Today Show" interview, where he called himself Obama's "worst nightmare."

Of George W. Bush, who Trump also blasted on Saturday's GOP debate stage, he added that "all of the problems in the Middle East" had their origins with his presidency.