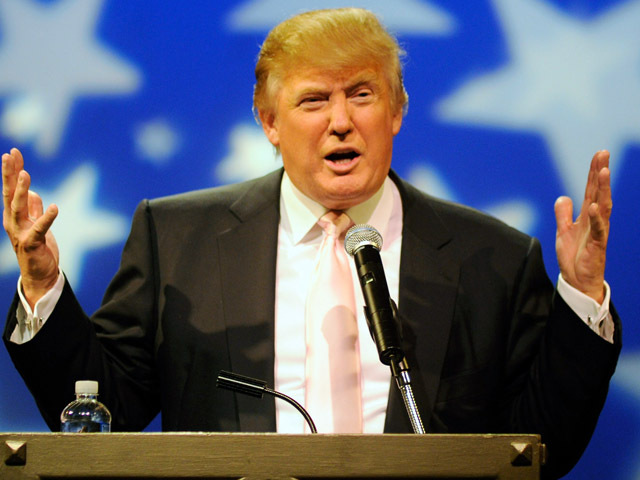 Donald Trump ended his months-long public flirtation with a 2012 presidential run Monday, saying that he will not seek the Republican nomination -- even though he could have won the election.

"After considerable deliberation and reflection, I have decided not to pursue the office of the Presidency," Trump said in a statement. "This decision does not come easily or without regret; especially when my potential candidacy continues to be validated by ranking at the top of the Republican contenders in polls across the country. I maintain the strong conviction that if I were to run, I would be able to win the primary and ultimately, the general election. I have spent the past several months unofficially campaigning and recognize that running for public office cannot be done half heartedly. Ultimately, however, business is my greatest passion and I am not ready to leave the private sector."

Trump made the announcement as NBC, the television network that runs his reality show, announced its fall lineup of shows. Prior to the announcement, NBC said it would bring back the show, "The Celebrity Apprentice," with a different host if Trump ran.

There had been widespread skepticism about Trump's flirtation with a run grounded in the fact that he has closely guarded information about his finances in the past; Trump once sued one author that he said had low-balled an estimate of his net worth. Running for president would have meant that Trump would have needed to make significant financial disclosures to the Federal Election Commission.

Trump polled relatively well in early surveys of the GOP field, though his strength appeared to be more of a reflection of his name-recognition - and the wide-open nature of the contest for the nomination - than his presidential prospects. (Recent polls have found that more than half of Americans say they would not vote for him.) He is the second high-profile candidate - along with Mike Huckabee - to announce in recent days that he is not running.

Trump, who has been visiting key early voting states, was most known for raising so-called "birther" questions about President Obama's birthplace despite overwhelming evidence that Mr. Obama was born in the United States. Trump's focus on the issue appear to have prompted Mr. Obama to release his long-form birth certificate, a decision Trump took credit for. Some critics suggested Trump was using "birther" questions as well as questions about Mr. Obama's college admissions as a proxy for race. The release of the long-form birth certificate appeared to deal a blow to his standing as a candidate.

Some dismissed Trump's presidential flirtation as a publicity stunt, though if that was the case, it may have backfired: A recent three-hour episode of "Celebrity Apprentice" was the lowest-rated spring broadcast ever for the franchise.

Had he entered the GOP presidential race, Trump would likely have been dogged by past positions, including support for universal health care, a 14.25 percent tax on wealthy Americans and abortion rights. He had also donated generously to Democratic candidates.

Trump faced significant media criticism throughout his presidential flirtation, including, most recently, a New York Times front-page story about people who felt Trump had misled them about investment opportunities and the nature of his eponymous "university."

"I think he had some fun," Republican consultant Ed Rollins told CBS News. "But it's a tough game and I think he got knocked around a little bit."

In his statement, Trump thanked the "millions" who encouraged him to run and promised to "continue to voice my opinions loudly and help to shape our politician's thoughts."

"My ability to bring important economic and foreign policy issues to the forefront of the national dialogue is perhaps my greatest asset and one of the most valuable services I can provide to this country," he said. "I will continue to push our President and the country's policy makers to address the dire challenges arising from our unsustainable debt structure and increasing lack of global competitiveness."

"I will not shy away from expressing the opinions that so many of you share yet don't have a medium through which to articulate," added Trump, who has a regular guest spot on Fox News.

Trump did not endorse a candidate, saying only that he will back the person "who is the most qualified to help us tackle our country's most important issues." He said he is "hopeful that, when this person emerges, he or she will have the courage to take on the challenges of the Office and be the agent of change that this country so desperately needs."