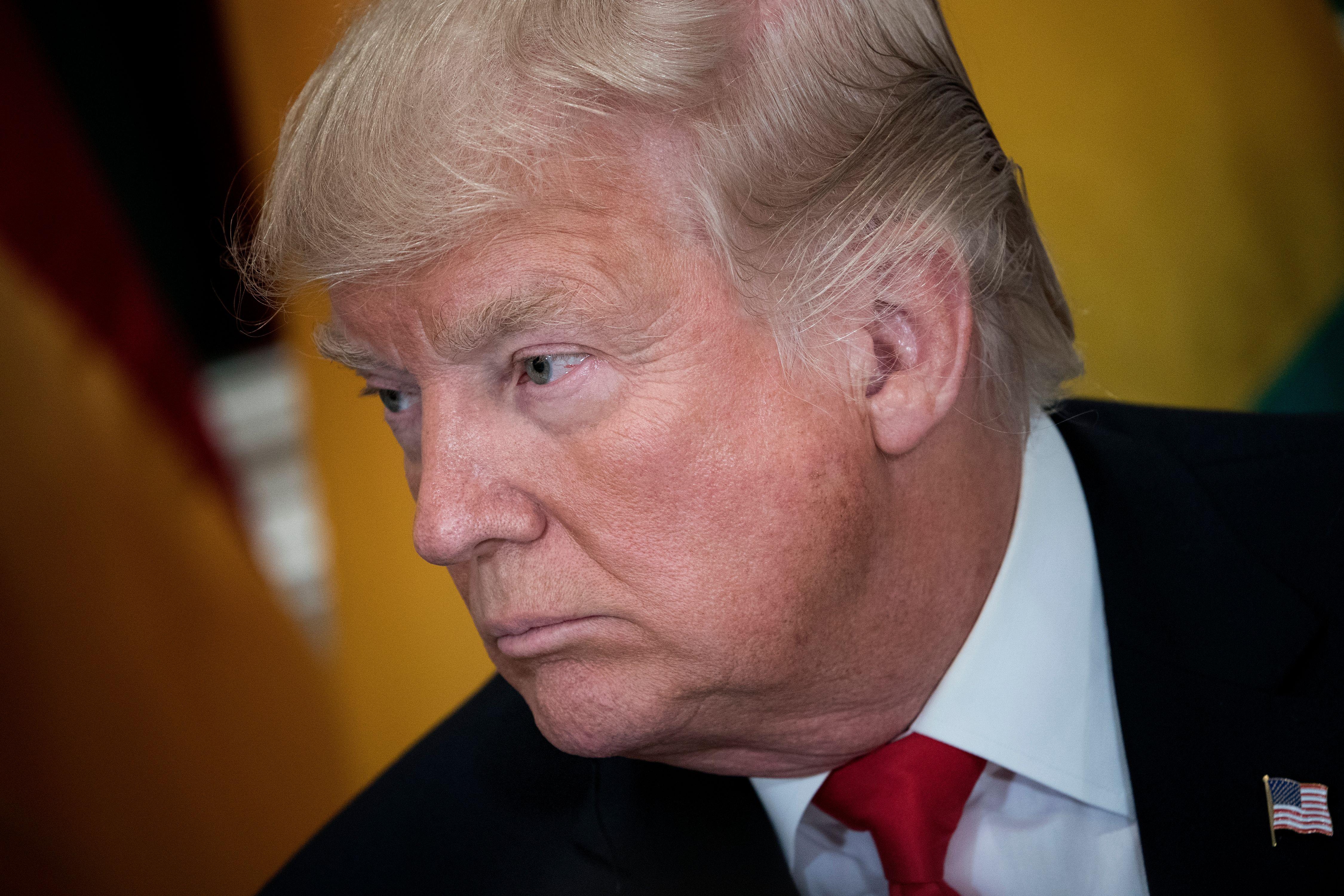 President Trump has signed a presidential proclamation with new restrictions on travel to the United States as his existing ban on visitors from six Muslim-majority countries was set to expire Sunday, 90 days after it went into effect, according to senior administration officials.

On a background call about the new restrictions, the officials said restrictions will apply to Chad, Iran, Libya, North Korea, Somalia, Syria, Venezuela and Yemen, which have all been deemed to have "inadequate" identity-management protocols, information-sharing practices, and risk factors. The U.S. is implementing travel limitations and restrictions unique to the foreign nationals of each country.

Acting Homeland Security Secretary Elaine Duke also assessed that Iraq did not meet the baseline but concluded that entry restrictions and limitations under a the proclamation are not warranted. Duke, according to officials, recommended that nationals of Iraq who seek to enter the United States be subject to additional scrutiny to determine if they pose risks to the national security or public safety of the U.S.

According to officials, the U.S. is easing restrictions on Iran, Libya, Syria, Yemen and Somalia and removed restrictions on Sudan altogether. And it added new restrictions or additional vetting of four new countries found not to be in compliant with U.S. vetting procedures -- Chad, Iraq, North Korea and Venezuela.

While North Korea continues to pose as a threat to the U.S. with its continued nuclear provocations, Senior administration officials told reporters that the regime does not cooperate whatsoever on the baseline requirements of the administration's ban.

Officials said the lack of sharing between the two nations makes it difficult to validate the identification of those coming from North Korea and difficult for the U.S. to ascertain if a given individual is a threat to U.S..

The restrictions on individuals and new countries covered by executive order will not be implemented immediately. They'll take effect October 18, in what senior administration officials called a "phased-in implementation period."

The new order is intended to enhance vetting capabilities and processes for detecting entry to the U.S. by terrorists, as well as other public safety threats.

Duke, in a statement following the announcement, said the revised order will "protect Americans and allow DHS to better keep terrorists and criminals from entering our country." She added the restrictions are "tough and tailored, and they send a message to foreign governments that they must work with us to enhance security."

Mr. Trump tweeted shortly after the proclamation's release, writing "Making America Safe is my number one priority. We will not admit those into our country we cannot safely vet."

Countries that were not already in compliant with the administration's protocols were given 50 days to make improvements.

The officials said that those individuals who are covered by the previous executive order that the president signed but do not benefit from court ordered exceptions will be covered from the time of signature of the proclamation Sunday. The restrictions were a result of a "worldwide review based on a new baseline for information sharing and for vetting procedures for those seeking entry into the U.S.

Senior administration officials say that the ban is currently "condition-based and not time-based," so countries may come off the restricted list at some point. Conversely, DHS may also recommend new countries to the list as they closely monitor necessary compliance. The citizens of countries that refuse to comply with DHS requirements can now face travel restrictions and more stringent screening measures that would last indefinitely, until their governments comply.

DHS had recommended more targeted restrictions on foreign nationals from countries it says have refused to share information with the U.S. or haven't taken necessary security precautions.

The expiring ban barred citizens of Iran, Libya, Somalia, Sudan, Syria and Yemen who lack a "credible claim of a bona fide relationship with a person or entity in the United States" from entering the U.S.

Unlike Mr. Trump's first travel ban, which sparked chaos at airports across the country and a flurry of legal challenges, officials said they worked for months on the new rules, in collaboration with various agencies and in conversation with foreign governments.

The recommendations were based on a new baseline developed by DHS that includes factors such as whether countries issue electronic passports with biometric information and share information about travelers' terror-related and criminal histories. The U.S. then shared those benchmarks with every country in the world and gave them 50 days to comply. Most nations met the vetting standards, but others failed to adequately comply. DHS sent its recommendations to the president with the list of noncompliant countries on Sept. 15.

There were roughly 15 countries that were flagged by DHS and alerted by State, CBS News' Margaret Brennan reported, and that number included the six already affected by the prior travel ban.

Mr. Trump last week called for a "tougher" travel ban after a bomb partially exploded on a London subway.

"The travel ban into the United States should be far larger, tougher and more specific-but stupidly, that would not be politically correct!" he tweeted.

Critics have accused the president of overstepping his authority and violating the U.S. Constitution's protections against religious bias. He had called for a "total and complete shutdown of Muslims entering the United States" during his campaign.

The administration is still defending the prior ban from lawsuits. Next month, on Oct. 10, the Supreme Court will hear arguments on the constitutionality of the revised travel ban. It is not clear what impact this will have on how the high court reviews the legality of the prior six-country ban.

This is a developing story. Check back for updates.