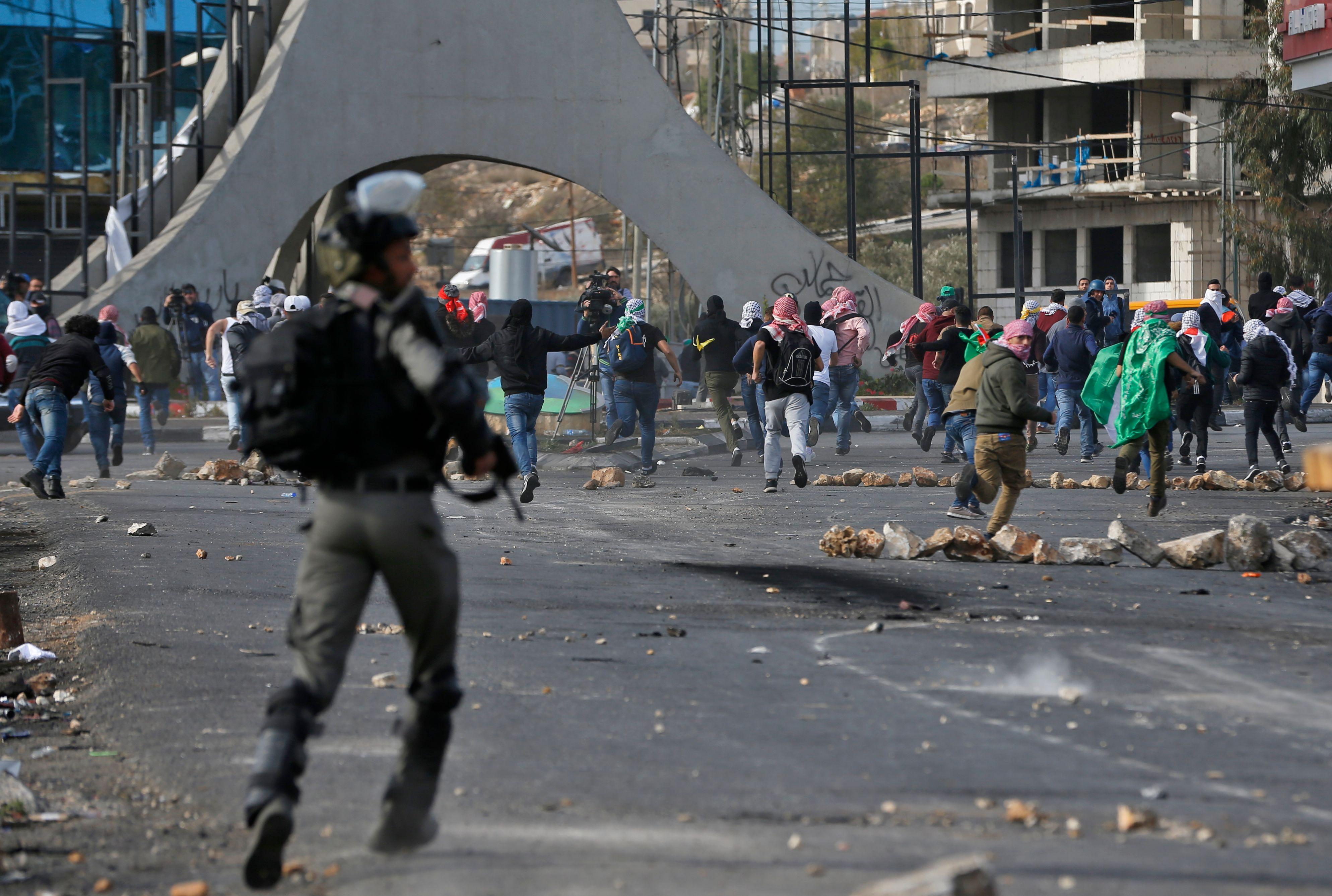 JERUSALEM -- All eyes were on the Palestinian territories Monday morning, the West Bank and Gaza Strip, after the militant group Hamas warned more violence was to come following President Donald Trump's move to recognize Jerusalem as the capital of Israel. As CBS News correspondent Seth Doane reports, Mr. Trump's unilateral move has opened several new fronts in the decades-old battle.

Demonstrations continued around the world on Monday, well beyond the Middle East, including one attended by thousands of people in Bangladesh.

In Israel, police reinforcements were deployed following the stabbing of an Israeli security guard at a Jerusalem bus station.

At street protests and clashes in and around the holy city, which is claimed as a capital by both Israel and the Palestinians, the debate has been crude. Israeli tear gas has met angry crowds hurling rocks in the streets.

While diplomats may not literally be throwing stones, Doane says the divisions are just as clear at the international level.

"Jerusalem has been the capital of Israel for the last 70 years. I think what President Trump has done is put facts clearly on the table," said the Israeli leader.

Turkey's leader, President Recep Tayyip Erdogan, blasted Mr. Trump's move, saying it made the U.S. a "partner" to bloodshed in the region.

"They will never be able to clean the blood," Erdogan said in a speech in Ankara. "With this recognition of Jerusalem as the capital of Israel, it (the United States) has become a partner to this bloodshed. We do not recognise this decision, we will not."

Veteran Israeli diplomat Alon Pinkas was chief of staff to four of the Jewish state's foreign ministers. He worries that Mr. Trump's move could make the region even more volatile.

"He made the right decision," Pinkas told CBS News, "the question was, was the timing or the circumstances right?"

"The president and some of his advisors have been talking at length about the 'deal of the century' and the 'peace process to end all peace processes.' I haven't seen that. It's like the Loch Ness Peace Process," he quipped.

The sides seem further apart, and the White House has now officially recognized that a previously scheduled meeting between Palestinian President Mahmoud Abbas and Vice President Mike Pence has been cancelled.

Tori Amos on the "muses" that inspire her songs