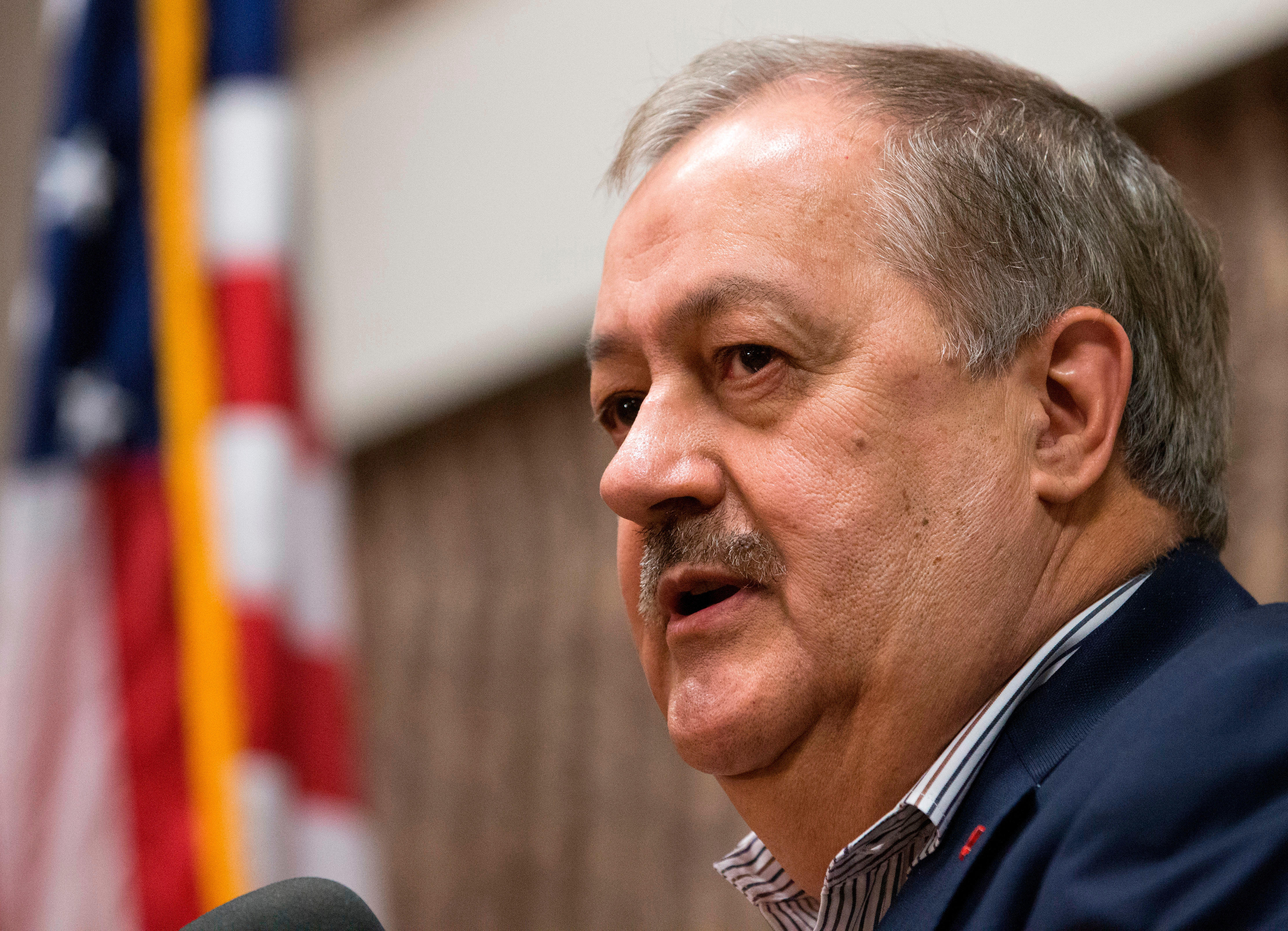 Ex-coal CEO and West Virginia senate candidate Don Blankenship says he will not rule out a third party bid in the West Virginia senate race, if Attorney General Patrick Morrisey wins the Republican nomination Tuesday. "I have not ruled out anything," Blankenship told CBS News on Sunday, adding, "I've said that I cannot let him win because of the opioid connection and planned parenthood connection."

Blankenship has repeatedly stated on the campaign trail that Morrisey is at fault for the opioid epidemic in West Virginia, and vows he will not support the attorney general if chosen as the Republican nominee. "Mr. Morrisey has been less than truthful about his involvement with the drug companies," Blankenship said, noting that an independent bid might be the most viable option in the general election race against current West Virginia senator Democrat Joe Manchin.

But Blankenship's threat may ring hollow. West Virginia law contains a "sore loser" clause barring candidates that lose in a party primary from running as an independent for the same post. It's not clear how or if he could ever run such a campaign in the Stare of West Virginia.

Morrisey responded to Blankenship's suggestion that he wouldn't rule out a third party run, saying in a campaign statement, "Don Blankenship proved that his candidacy is nothing more than a vanity run, and he is more than willing to betray conservatives and Republicans if he loses the primary Tuesday evening."

Rep. Evan Jenkins, R-District 3, meanwhile responded by asking Republican voters across the state to come together and rally behind by his campaign.

"It is critical we have a nominee who can bring Republicans together after this primary to beat Joe Manchin," Jenkins said. "The stakes are too high to go into the general election divided.

"If West Virginia does not elect a GOP senator, Schumer and the anti-Trump liberals will continue to control Joe Manchin's when it matters. They will use him to block the president's agenda, and their ultimate goal is impeachment if they can get away with it," Jenkins added in a campaign statement.

The candidate, however, fired back, saying in a statement on Monday "The President is a very busy man and he doesn't know me, and he doesn't know how flawed my two main opponents are in this primary. The establishment is misinforming him because they do not want me to be in the U.S. Senate and promote the President's agenda."

Blankenship served a year behind bars for conspiring to violate mine safety rules following the Upper Big Branch Mining disaster in 2010, and is currently under probation. The explosion took the life of 29 miners. Republicans have long worried about the possibility of a Blankenship victory, and the prospects of a candidate with a criminal record, come November. In April, GOP strategists launched Mountain Families PAC, investing in six-figure television advertisement buys.

In the eleventh hour of his campaign, Blankenship plans to release his final radio advertisement, doubling down on his outsider status. "The establishment politicians are getting desperate and more hostile," Blankenship notes in his radio message, due to air locally Monday morning. "They are calling me a bigot, a moron, a despicable character, and mentally ill."

The radio advertisement also defends his previous use of the term, "China people" which was first featured in a campaign video leaked to reporters on Friday. "Swamp Captain Mitch McConnell has given millions of jobs to China people," Blankenship states in the television spot, taking aim at the Majority Leader's family. "While doing so, Mitch has gotten rich," Blankenship adds. "In fact, his China family has given him tens of millions of dollars." Transportation Secretary Elaine Chao, wife to McConnell, was born in Taiwan, and is of Chinese descent. Her father serves as chairman of a shipping company.

Blankenship's new radio advertisement notes, "The fake news is also pretending to be offended by the use of my words, 'China people.' They seem not to realize that China is a country, not a race."

In the final days leading up to the primary, Morrisey has launched a takedown of his own against Blankenship, focused on his criminal record. With only days to go until election day and early voting already underway, the Senate candidate released a robocall Saturday warns voters that, "His deep legal problems and criminal conviction show he believes he is above the law."

The attorney general held a last-minute press conference Sunday to draw attention to Blankenship's failure to submit a personal financial disclosure form, in potential violation of the Ethics in Government Act. "My campaign will be informing his probation officer in Nevada about this issue right away to determine if this refusal to comply with federal law violates the terms of his supervised release."

Blankenship confirmed to CBS News that he has not submitted a personal disclosure form, instead submitting a late fee for subsequent file. The former coal baron spoke with his parole office on the phone Sunday and says he was told campaign financial disclosures "civil matter," not involving federal law.

Blankenship told CBS News that his internal polling indicates he will earn the combined votes of both competitors Attorney General Morrisey and Rep. Jenkins. Although Blankenship has mentioned internal polling, his financial disclosures indicate he has conducted no such polls.