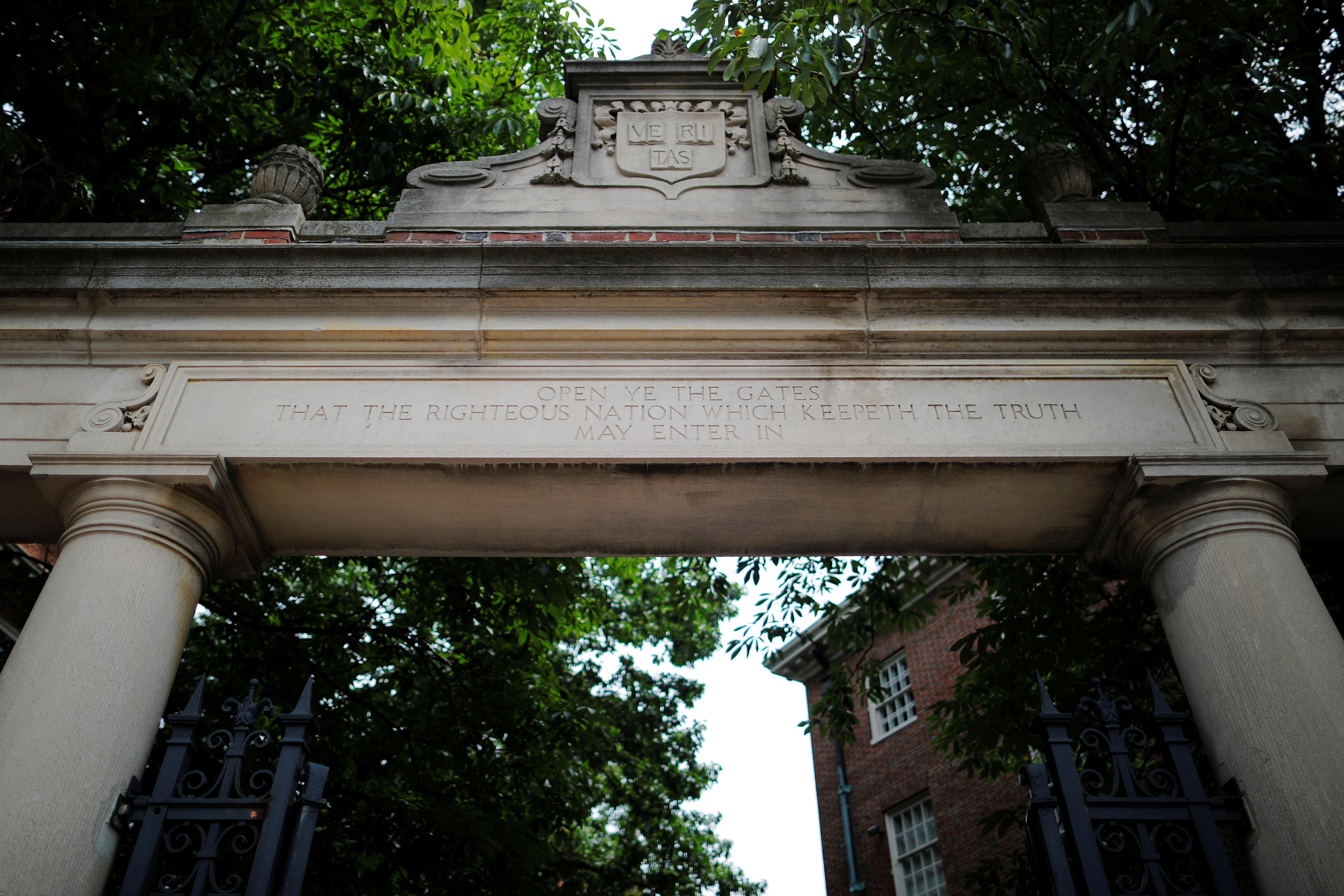 The Department of Justice sided with Asian-American students and their families Thursday in a lawsuit alleging that Harvard University discriminates based on race in its admissions process. The case, Students For Fair Admissions, Inc. v. President And Fellows Of Harvard College, was brought to the District Court in Massachusetts by students and parents who believe that the prestigious university's admissions process negatively impacts Asian-American applicants.

The families brought the lawsuit under Title VI of the Civil Rights Act of 1964 which "requires that public funds, to which all taxpayers of all races [colors, and national origins] contribute, not be spent in any fashion which encourages, entrenches, subsidizes or results in racial [color or national origin] discrimination." Since Harvard receives millions in federal funding, the Justice Department weighed in with a statement of interest in the case.

Attorney General Jeff Sessions said in a statement, "No American should be denied admission to school because of their race. As a recipient of taxpayer dollars, Harvard has a responsibility to conduct its admissions policy without racial discrimination by using meaningful admissions criteria that meet lawful requirements."

An official for the Department of Justice said that admissions officers for the university admitted in depositions that race does play a factor in admissions, though they do not explain how. The university measures the strength of applicants by giving them a subjective "personal rating." Admissions officers weigh factors like "human qualities" and "likeability" in the rating. A review of this practice showed that Asian-Americans rate lower than white applicants, as well as other minorities.

Harvard University said in a statement that it was "deeply disappointed" with the DOJ's decision, claiming it was "recycling the same misleading and hollow arguments that prove nothing more than the emptiness of the case against Harvard."

"This decision is not surprising given the highly irregular investigation the DOJ has engaged in thus far, and its recent action to repeal Obama-era guidelines on the consideration of race in admissions. Harvard does not discriminate against applicants from any group, and will continue to vigorously defend the legal right of every college and university to consider race as one factor among many in college admissions, which the Supreme Court has consistently upheld for more than 40 years. Colleges and universities must have the freedom and flexibility to create the diverse communities that are vital to the learning experience of every student, and Harvard is proud to stand with the many organizations and individuals who are filing briefs in support of this position today."

The Department of Justice finds that there is ample evidence to show that Harvard has had consistently diverse demographics over the past few years because it has directly controlled the racial makeup of incoming classes. According to the DOJ, the Supreme Court has found such actions to be "patently unconstitutional."

The department also says that over the past 45 years, Harvard has never sought any alternative means to come up with a diverse group of incoming students.

The civil rights division of DOJ has filed a brief in the case in opposition to Harvard's motion for a summary judgment. A summary judgment would allow the court to rule that the other party has no case, so the suit would not go before a jury trial. The trial in this case is scheduled for October.

A Justice Department official denied any allegation that the administration is averse to helping secure diversity in university admissions.

"The Department of Justice has the responsibility to protect the civil rights of the American people," Sessions said. "This case is significant because the admissions policies at our colleges and universities are important and must be conducted lawfully."