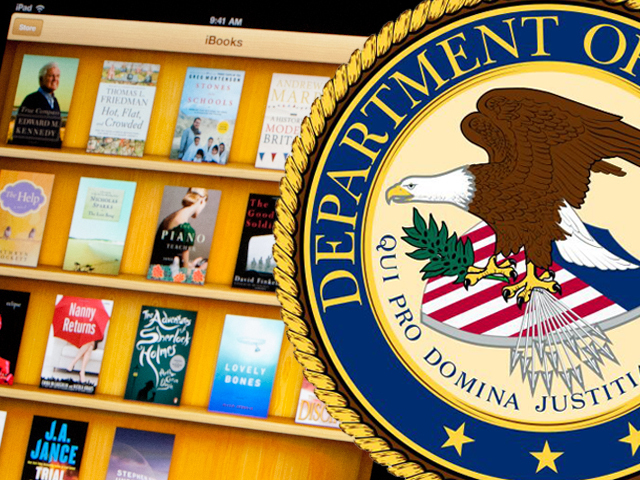 (CNET)The U.S. Justice Department's legal pursuit of Apple for alleged e-book price fixing stretches the boundaries of antitrust law and is likely to end in defeat.

That's what happened in 1982, when an embarrassed Justice Department admitted its antitrust lawsuit against IBM was "without merit" and abandoned the case. And in 2001, a federal appeals court nixed the Justice Department's ambitious attempt to rewrite antitrust law by carving Microsoft into two separate companies.

"It's a harder case against Apple than the publishers," says Geoffrey Manne, who teaches antitrust law at the Lewis and Clark Law School in Oregon and runs the International Center for Law and Economics. (See CNET's list of related articles and an explanation of e-book economics.)

One reason lies in the Justice Department's 36-page complaint, which recounts how publishers met over breakfast in a London hotel and dinners at Manhattan's posh Picholine restaurant, which boasts a "Best of Award of Excellence" from Wine Spectator magazine. The key point is that Apple wasn't present.

The Department of Justice "has a far better case against the publishers than Apple," says Dominick Armentano, professor emeritus of economics at the University of Hartford and author of Antitrust and Monopoly who's now affiliated with the Independent Institute in Oakland, Calif. "If the CEOs of the various publishers got together in hotel rooms to discuss prices, they are sunk" and might as well settle, he says.

Richard Epstein, the prolific legal scholar and professor of law at New York University, goes further. Epstein argues in an essay published yesterday that there are "difficulties" with the Justice Department's case against publishers as well: "It will take some time to hear the whole story, but the betting here is that this lawsuit is a mistake."

During a press conference yesterday in Washington, D.C., Attorney General Eric Holder accused the companies named as defendants of concocting a "conspiracy."

But even Holder's version of events didn't accuse the publishers of agreeing on specific prices. If they agreed on anything, it was on a business model -- namely, that the so-called "agency model" that Apple's iBookstore offered was better than Amazon.com's wholesale model.

Both Apple and the publishers benefit from a series of U.S. Supreme Court precedents since the 1970s, which the Justice Department would probably like to undo. In the 1979 BMI vs. CBS case, the court ruled that "not all arrangements among actual or potential competitors that have an impact on price are per se violations." And in a 2007 case, the court said that manufacturers can enforce minimum retail prices, which is one aspect of what publishers are accused of doing with e-books.

DOJ sides with the "monopoly" e-bookseller

Making the government's pursuit of Apple unusual is that the Cupertino, Calif.-based computer maker doesn't even enjoy a commanding market share in e-books. Amazon.com does.

Amazon remains the world's largest e-book retailer, boasting a market share of as much as 90 percent as of 2010. That market power is what alarmed book publishers, who inked a deal with Apple CEO Steve Jobs to sell their e-books on the new iPad just days before he announced it that January.

"Strengthening a new competitor against an incumbent hardly sounds like a terrible outcome for consumers," says Manne, the antitrust lecturer. The Consumer Electronics Association added in a statement sent to reporters yesterday: "Our ambiguous antitrust laws are now being used to take on a new market entrant of just over two years as if they have the market power to set prices."

Macmillan Chief Executive John Sargent, who did not settle and denies any wrongdoing, said in a letter yesterday that he couldn't accept the Justice Department's proposal because it would hand Amazon too much power: "After careful consideration, we came to the conclusion that the terms could have allowed Amazon to recover the monopoly position it had been building before our switch to the agency model."

Scott Turow, president of the Authors Guild, was more critical. He argued in an open letter last month that Amazon's pricing was designed to put traditional bookstores out of business, and said the agency model is helping to reduce Amazon's chokehold on e-books by fostering competition. He wrote:

Amazon was using e-book discounting to destroy bookselling, making it uneconomic for physical bookstores to keep their doors open... Two years after the agency model came to bookselling, Amazon is losing its chokehold on the e-book market: its share has fallen from about 90 percent to roughly 60 percent... Brick-and-mortar bookstores are starting to compete through their partnership with Google, so loyal customers can buy e-books from them at the same price as they would from Amazon. Direct-selling authors have also benefited, as Amazon more than doubled its royalty rates in the face of competition... The irony bites hard: our government may be on the verge of killing real competition in order to save the appearance of competition.

An Amazon spokesman told CNET yesterday: "This is a big win for Kindle owners, and we look forward to being allowed to lower prices on more Kindle books."

There might, of course, be an e-mail equivalent of a smoking gun that eventually surfaces, much like those quips from Microsoft executives in the 1990s that indelicately referred to cutting off Netscape's "air supply" and were introduced as evidence in the Justice Department's antitrust case.

But that hasn't happened yet. "I'm not saying that Apple can smile and walk away from this," says Joseph Bauer, a professor of law at the University of Notre Dame. "It's just that the government will have to show that Apple had some kind of involvement in the original arrangement."

This article first appeared at CNET under the headline "DOJ is likely to lose e-book antitrust suit targeting Apple."