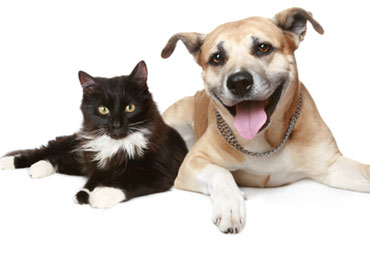 After millions of years of evolution and hundreds of academic hours of study, the verdict is in: dogs are smarter than cats.

Researchers at the University of Oxford in England have released a report in the Proceedings of the National Academy of Sciences journal stating that highly social animals need more brain power than solitary species.

Since the phrases "followed me like a puppy dog" and "as hard as herding cats" have become cliché, it follows that dogs' brains are bigger relative to their size, according to a University of Oxford press release.

"Groups of highly social species have undergone much more rapid increases (in brain size across history) than more solitary species," said the study's lead author, Dr Susanne Shultz, in the release. "This suggests that the cooperation and coordination needed for group living can be challenging and over time some mammals have evolved larger brains to be able to cope with the demands of socializing."

The study took a look at 500 species, analyzing living mammals and fossilized records, the release stated. It found that the brains of monkeys grew the most over time, followed by horses, dolphins, camels and dogs. The brains of more solitary mammals, such as cats, deer and rhinos, grew much more slowly during the same period.

Prior to the study, most scientists believe brains in mammals developed at about the same rate over time. Shultz said in the release that evolutionary scientists ought reconsider that view.

Co-author and Professor Robin Dunbar said: "For the first time, it has been possible to provide a genuine evolutionary time depth to the study of brain evolution. It is interesting to see that even animals that have contact with humans, like cats, have much smaller brains than dogs and horses because of their lack of sociality."