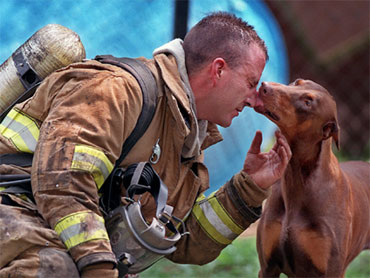 Jeff Clark helped save a Doberman from a burning home in 1999. It resulted in what became a world-famous photo of the dog "kissing" Clark on the scene.

Now, the Charlotte, N.C. fireman is at it again.

He and fellow vamp Alan Haynes grabbed nine brown-and-white puppies who were trapped in a house engulfed in flames earlier this week.

When they and other firefighters got there, they saw heavy smoke rising from the structure, and a man standing outside with an adult female dog.

Clark told co-anchor Chris Wragge on "The Early Show Saturday Edition" he and Haynes "just happened to be able to grab" the pups. He said it "wasn't very difficult. The engine companies on scene ... did an excellent job in the fire take-down, which lifted the smoke so that we had good visibility. The puppies were in a little pantry area off the kitchen next to a water heater. They were all on the floor. They were making some noise ... and luckily, we had a blanket and were just able to grab them."
Haynes showed Wragge pet respirators many Charlotte fire units carry with them, and they were put to good use at this fire. Haynes said they "work very well."

Though one of the pups has since died, Clark described several coincidences between his '99 rescue and the latest one, saying, "Cinnamon (the Doberman) ... was the mother of nine puppies. ... We were able get her out of the house and here it is nine, 10 years later, and this time, it's puppies. So it's just a very unique situation." 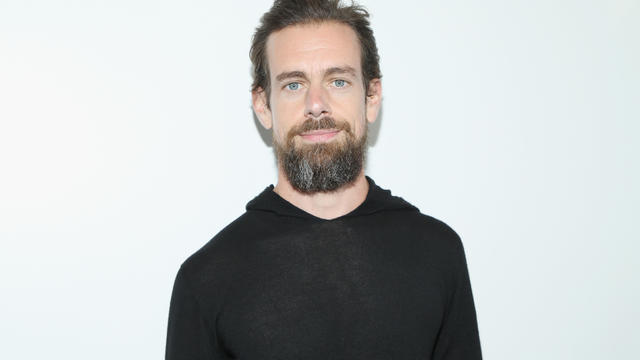 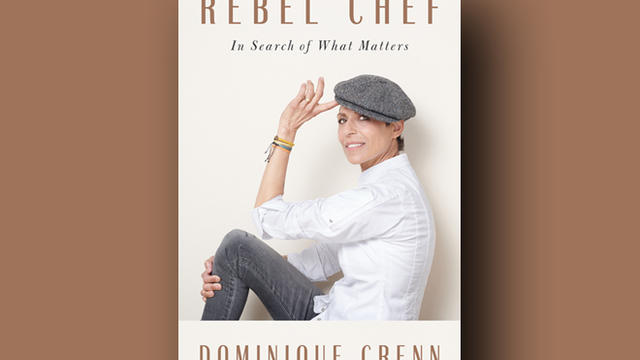 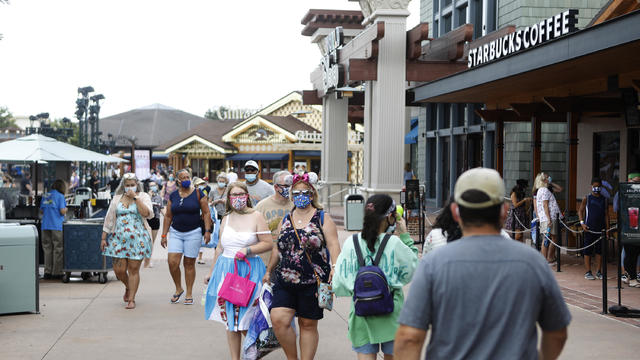