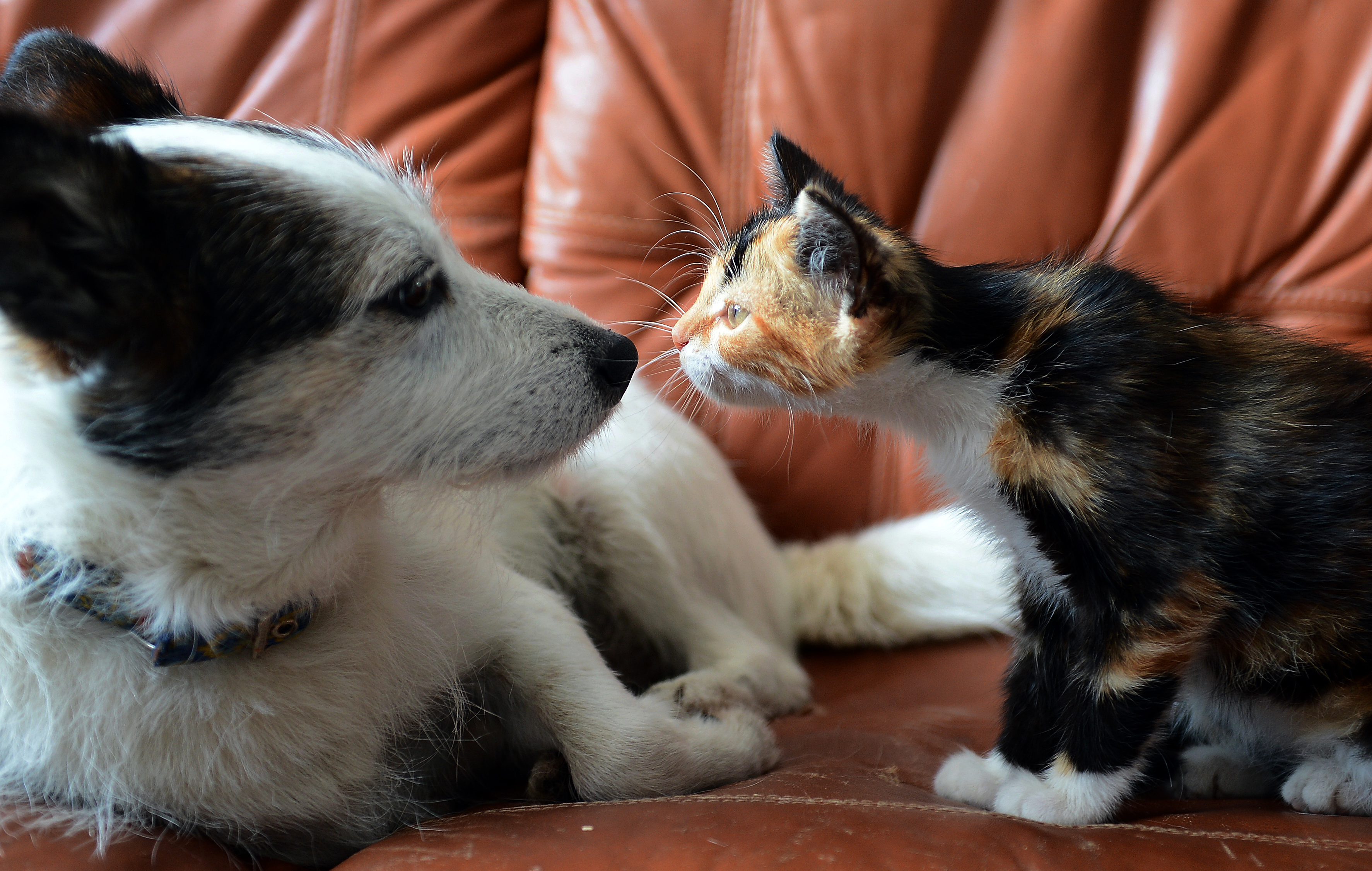 "Dog people" and "cat people" really do have different personalities, according to a new study.

People who said they were dog lovers in the study tended to be more lively -- meaning they were more energetic and outgoing -- and also tended to follow rules closely. Cat lovers, on the other hand, were more introverted, more open-minded and more sensitive than dog lovers. Cat people also tended to be non-conformists, preferring to be expedient rather than follow the rules.

And in a finding that's sure to spark rivalries among pet owners, cat lovers scored higher on intelligence than dog lovers. [Here, Kitty, Kitty: 10 Facts for Cat Lovers]

Part of the reason for the personality differences may be related to the types of environments cat or dog people prefer, said study researcher Denise Guastello, an associate professor of psychology at Carroll University in Waukesha, Wisconsin, who presented the findings here at the annual Association for Psychological Science meeting.

"It makes sense that a dog person is going to be more lively, because they're going to want to be out there, outside, talking to people, bringing their dog," Guastello said. "Whereas, if you're more introverted, and sensitive, maybe you're more at home reading a book, and your cat doesn't need to go outside for a walk."

The researchers surveyed 600 college students, asking whether they would identify themselves as dog lovers or cat lovers, and what qualities they found most attractive in their pets. Participants also answered a slew of questions to assess their personality.

More people said they were dog lovers than cat lovers: About 60 percent of participants identified themselves as dog people, compared with 11 percent who said they were cat people. (The rest said they liked both animals, or neither animal.)

Dog lovers found companionship to be the most attractive quality in their pet dogs, while cat people liked the affection from their cats.

It's possible that people may select pets based on their own personality, Guastello said. For example, cats are often seen as independent animals that keep to themselves, and are cautious of others.

"If you're like that, you appreciate that in an animal, it's a better match for you," Guastello said.

Studying the reasons people identify as cat or dog lovers may also improve pet therapy, leading to better matches between owners and pets who participate in pet therapy, the researcher said.

Because the study involved college students, it's not known whether the results apply to other age groups, Guastello said. But previous studies have had similar findings. A 2010 study of more than 4,500 people found that dog lovers tend to be more extroverted (or outgoing), and conscientious (or rule-following).