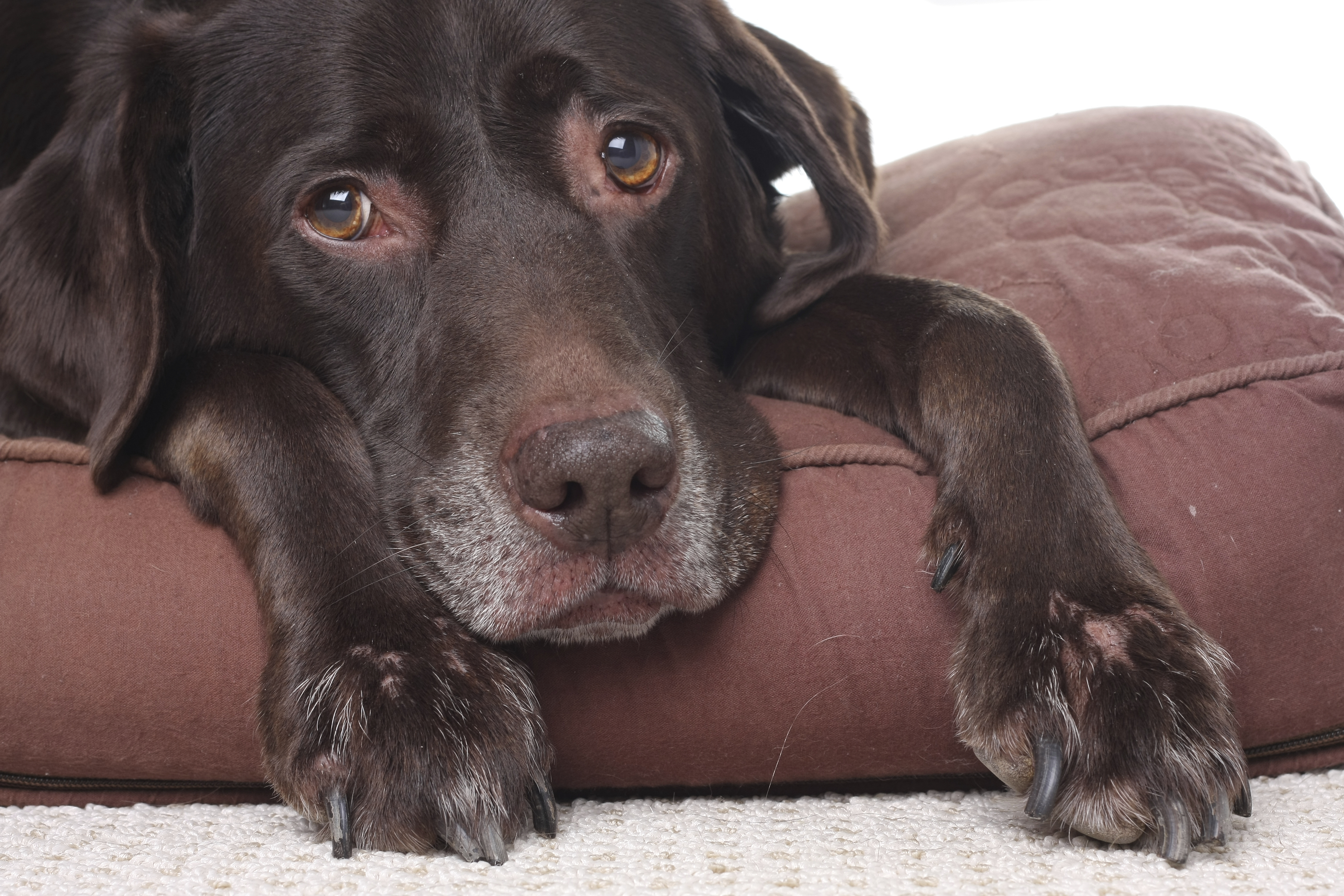 A canine flu outbreak has sickened many dogs in the Midwest, and veterinarians are cautioning pet owners to keep their dogs from going nose-to-nose with other pets to stop it from spreading further.

The University of Wisconsin-Madison's School of Veterinary Medicine says the virus has sickened at least 1,000 dogs in Illinois, Wisconsin, Ohio and Indiana. Recent tests from the Wisconsin Veterinary Diagnostic Laboratory have identified the strain as H3N2. Clinical assistant professor Keith Poulsen says it's not yet known how effective current vaccines are against this strain, which is believed to have come from Asia.

He said an older strain, H3N8, has also been detected in the region.

Both viruses can cause persistent cough, runny nose and fever in dogs. Experts say a small percentage will develop more severe symptoms. The H3N2 infection has been associated with some deaths.

Poulsen said pet owners with sick dogs should call a veterinarian to schedule a test outside the veterinary clinic and should not bring dogs into areas where they could interact with other dogs.

"It's really no different if you're talking about dogs or toddlers, if you think they're sick, don't bring them to daycare," Poulsen said.

Veterinarians say neither canine strain is not related to bird flu or is contagious to humans, but the H3N2 strain could sicken cats.

Renee Brantner Shanesy, who owns the Ruffin' It Resort in Madison, said the kennel required immunizations against H3N8 for all dogs boarded there late last week. Shanesy said she is now recommending, not requiring, the vaccination after veterinarians said it will not protect against the H3N2 strain.

"The philosophy we're taking is, just like the human flu, everyone has to take the precaution for himself," she said.

Shanesy said she hasn't seen panic among dog owners, but the kennel is increasing its sanitizing practices. She said she had her two dogs vaccinated last week and she has cut out trips to the dog park to reduce the risk of exposure.

"Like any other pet owner right now, I'm not 100 percent comfortable," Shanesy said. "Anything I can do to give them a better chance of immunity, I'm in."

Last month, veterinarian Natalie Marks of Blum Animal Hospital in Chicago said in one week alone, more than 70 dogs had been diagnosed with canine influenza, a much more serious illness than the common "kennel cough." "It's everywhere," Marks told CBS News. "There have been a few fatalities."

Sarah Duchemin, who works at The Dog Den in Madison, said the kennel has been monitoring its dogs for symptoms, and that if a dog shows up with a runny nose or is sneezing, it would be isolated and sent home. She said the kennel hasn't had a dog show any flu symptoms yet, but it cleans its floors and cages every day to prevent the spread of disease.

Luanne Moede, owner of the First Class Pet Lodge in Wausau, Wisconsin, told the Wausau Daily Herald that clients are being asked if dogs have traveled out of the state. Moede also said she is informing pet owners about the disease.