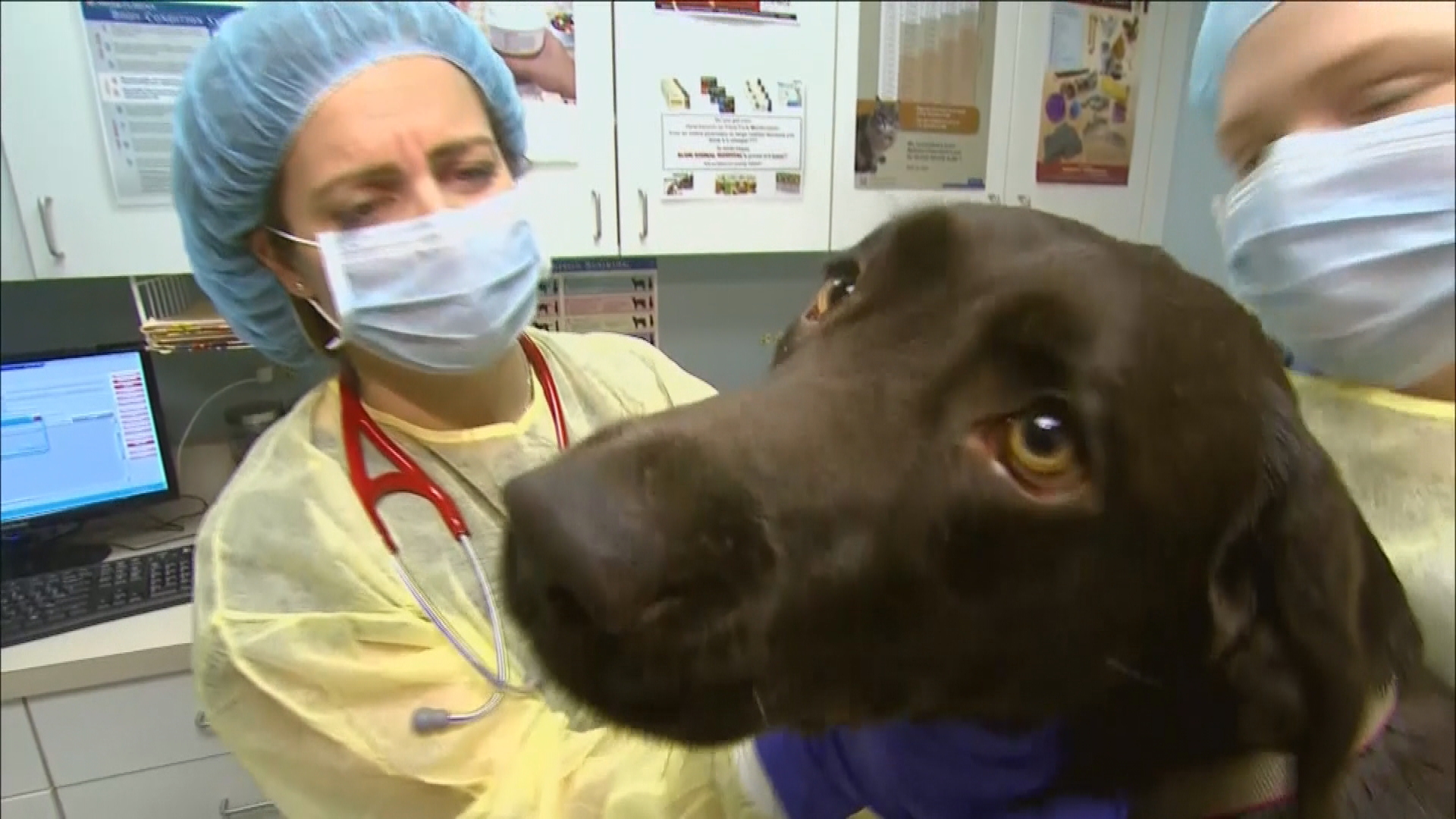 A dangerous new strain of dog flu is spreading concern across the West. A dog in Montana recently tested positive for the highly contagious virus, and the Washington state health department is warning pet owners after possible exposure at a Seattle-area kennel.

In Chicago, the dog flu spread so quickly last year that some shelters were forced to close their doors to prevent further contamination, reports CBS News correspondent Adriana Diaz.

At Paws Chicago, they've treated around 300 sick dogs at their hospital and helped find them temporary homes while they recover. Vets understand the difficulty of containing this highly contagious virus.

Ashley Leise walks dogs in the Seattle area. She's paying extra close attention to her four-legged friends after warnings about the new strain of dog flu.

"They can get sick just like us, and I know how much I hate being sick," Leise said.

King County public health officials say up to 90 dogs staying at a kennel outside of Seattle may have been exposed to the virus. Two have tested positive for flu, but further tests are needed to confirm it's the new strain.

"None of the dogs have immunity to fight it off, so you see large numbers of dogs getting ill when the virus starts to circulate," said Beth Lipton, vet for Public Health Seattle and King County. "When dogs are going to day care or dog parks or boarding overnight in kennel facilities, it can spread very rapidly."

Cases first showed up last March in Chicago and spread quickly. Around 2,000 dogs in 24 states have been infected. A vaccine was made available in November.

Vets say the disease is rarely fatal, but owners should see a vet right away if their dog shows symptoms.

"So if your dog doesn't eat well, misses a meal, if you see coughing, if you see lethargy, just being tired, moping around, it could be a sign of a fever," vet Rob McMonigle said. "If you see that, give your local vet a call and schedule an appointment because they'll need to get on some special medications for it."

The Seattle and King County health department says their Facebook post outlining the symptoms has been viewed 189,000 times since Tuesday. Local vets are now stocking up on the vaccine.

And while the virus is no laughing matter, a viral video features a Chicago pup named Herbert who's putting on a brave face while recovering from the flu.

"Dogs are household members and often times they're like kids in the family," Lipton said. "People want to take care of their pets and do the right thing and keep them safe."

Humans can't contract the virus, but they could spread it to healthy dogs after close contact with an infected dog.