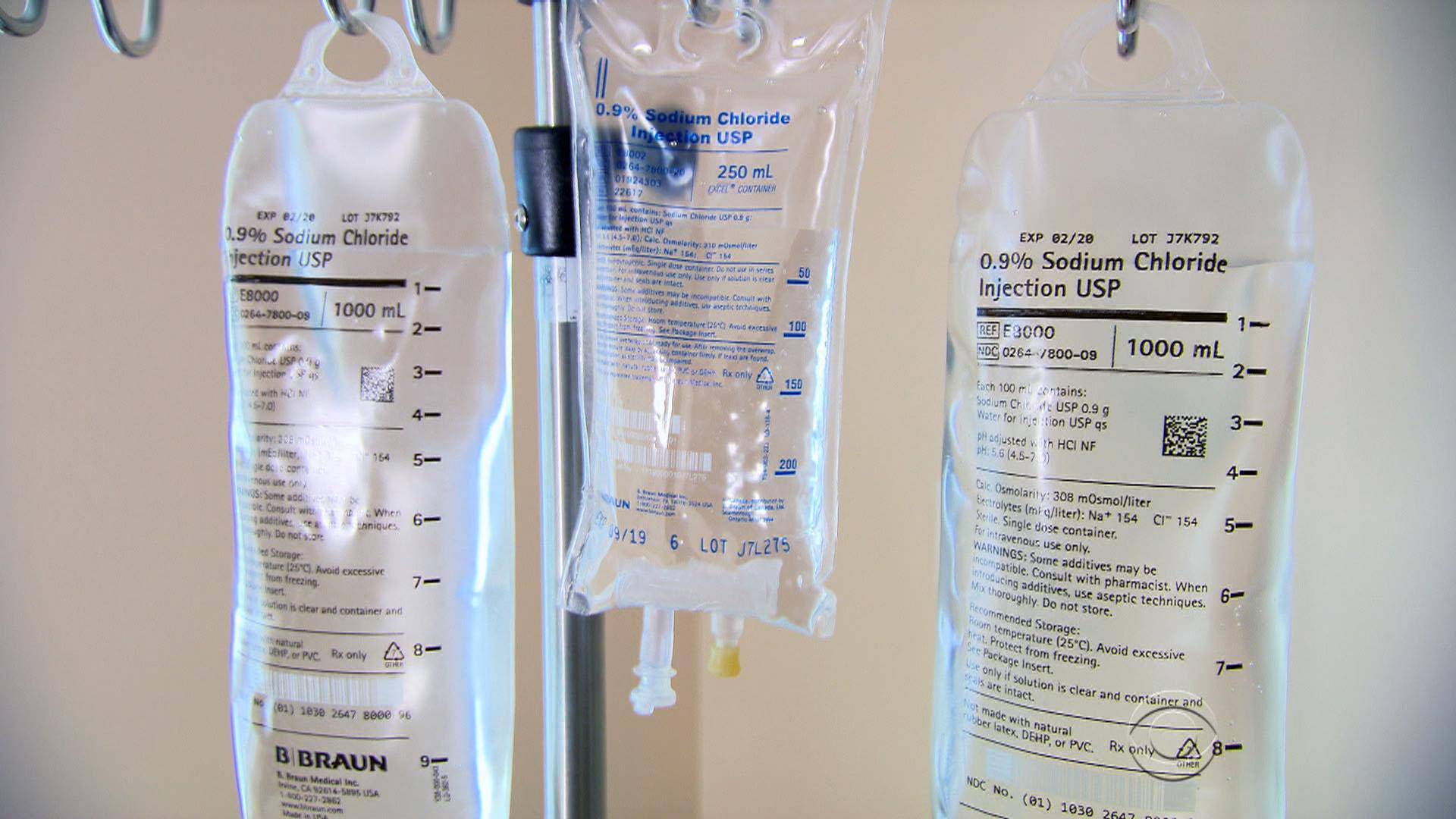 New research calls into question what's in those IV bags that nearly every hospitalized patient gets. Using a different intravenous fluid instead of the usual saline greatly reduced the risk of death or kidney damage, two large studies found.

The difference could mean 50,000 to 70,000 fewer deaths and 100,000 fewer cases of kidney failure each year in the U.S., researchers estimate. Some doctors are hoping the results will persuade more hospitals to switch.

"We've been sounding the alarm for 20 years" about possible harms from saline, said Dr. John Kellum, a critical care specialist at the University of Pittsburgh. "It's purely inertia" that prevents a change, he said.

Kellum had no role in the studies, which were discussed Tuesday at a critical care conference in San Antonio and published by the New England Journal of Medicine. Federal grants helped pay for the work.

IVs are one of the most common things in health care. They are used to prevent dehydration, maintain blood pressure or give patients medicines or nutrients if they can't eat.

Administering IV fluids is "the first thing we do -- we use an IV, we hang an IV and that's how we start taking care of you," Régine Villain, who manages supplies at NYU Langone Health, told CBS News last fall.

Saline — salt dissolved in water — has been the most widely used fluid in the U.S. for more than a century even as evidence has emerged that it can harm kidneys, especially when used a lot.

Other IV solutions called balanced fluids include saline but also contain potassium and other things that make them more like plasma, the clear part of blood. They're widely used in Europe and Australia.

The studies involved 28,000 patients at Vanderbilt University who were given IVs of saline or a balanced fluid. For every 100 people on balanced fluids, there was one fewer death or severe kidney problem.

Since there are about 30 million people hospitalized in the U.S. alone each year, "there are tens or hundreds of thousands of patients who would be spared death or severe kidney problems by using balanced fluids instead of saline," said one study leader, Vanderbilt's Dr. Matthew Semler.

After seeing the results two months ago, Vanderbilt hospital officials decided to primarily use balanced fluids. The University of Pittsburgh also has largely switched to them, Kellum said.

The fluids cost about the same — a dollar or two per IV — and many suppliers make both types, so switching should not be hard or expensive, doctors said.

IV fluids have been in the news since Hurricane Maria hit Puerto Rico last fall, shutting down electricity to three plants owned by Baxter International, one of the biggest makers of these fluids. The shortage has eased, but some supply issues remain.

Baxter makes up more than 43 percent of the United States' IV solution market, and earlier this year the company told CBS News they produce "tens of millions of sterile IV solutions" every year.

"It's just really nerve-racking to think about not being able to have those bags available to the patient," Villain said about a month after the hurricane hit.

Baxter told CBS News in January that production has resumed since the restoration of its power grid, but the company was having to deal with a three-month backlog.