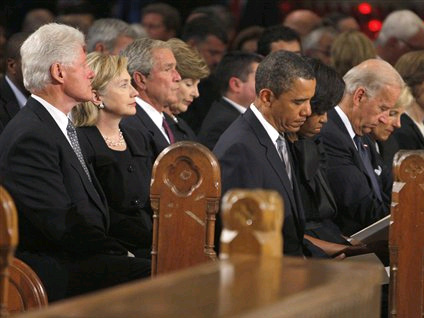 A toddler tumbles down stairs, a preschooler falls off a tricycle or a teen gets clobbered in football, and it's pretty likely the emergency room will order a CT scan to make sure they're OK.

But the majority of children with minor head injuries turn out to be fine, meaning too many kids are needlessly exposed to the scans' radiation, say specialists developing new guidelines that aim to cut by a third unnecessary CT scans of children's brains.

CT scans - computer-enhanced X-rays that can provide a better view of all parts of the body, not just the brain - have revolutionized medicine. But the scans, more popularly known as CAT scans, do emit significantly more radiation than a standard X-ray, and children are more sensitive to radiation than adults.

Yet with the number CT scans increasing sevenfold in the last decade, up to 3 million a year now are being performed on U.S. children. There's little guidance on when they're truly necessary or when other exams will do.

So specialists have begun a nationwide effort to curb unnecessary child CT scans - and ensure that when one is needed, hospitals use a child-appropriate radiation dose instead of the higher adult dose too often used.

"We don't want to scare anybody," says Dr. Tom Slovis, chief of pediatric imaging at Children's Hospital of Michigan, who co-wrote an advisory explaining child-sized doses that the National Cancer Institute and Society for Pediatric Radiology mailed to 160,000 doctors in late summer.

CT is "a wonderful test, it saves lives," he stresses. "But we've got to do it the right way."

"Just because a procedure's available doesn't mean it's necessary for your child," adds Dr. Shireen Atabaki of Children's National Medical Center in Washington, who led the new head-injury research.

Radiation from a single CT scan still is relatively low - and certainly not high enough to warrant skipping a scan if a child may be seriously ill or injured, such as after a car crash, specialists warn. But recent research suggests lower radiation doses than once thought - as low as 10 to 20 REMs - may somewhat increase people's risk of getting cancer decades later. Exposure is cumulative, and children are likely to need numerous exams over the course of their lives that will add up.

Simply adjusting the dose can lower children's radiation absorption. For example, a child given a typical adult-dose brain CT scan will absorb 6 REMs of radiation, and 2 to 3 REMS for abdominal CT. Adjust the scanner to a pediatric setting, and that child will absorb 3 REMS from a brain CT and 0.6 REMS to the abdomen. (A standard chest X-ray, in contrast, provides about 0.01 REM.)

When not to give a CT scan at all, however, is trickier.

About 2 percent of all children's ER visits are for head injuries. Major trauma definitely requires a CT scan, but Atabaki noticed that doctors gave widely varied reasons for scanning kids with minor injuries - some merely cited pressure from worried parents.

Then Atabaki examined characteristics that predicted an injury, and concluded CT scans are needed if children have any of the following risk factors: is age 2 or younger; has a skull fracture or deformity; has a bicycle-related injury; is dizzy, has a behavior change or problems with vision or other senses; or scores less than 15 on a standard neurological exam called the Glasgow Coma Score.

More than two-dozen other supposed risk factors didn't predict who needed a CT scan, Atabaki told a recent meeting of the American Academy of Pediatrics - not even the very commonly cited vomiting. Why? Vomiting is a symptom of concussion, but CT scans can't diagnose concussion.

Several universities are planning a larger study to confirm Atabaki's guidelines. Doctors also are studying for other illnesses, such as when ultrasound, which doesn't emit radiation, can be substituted to diagnose appendicitis.

While that research continues, parents should ask doctors if a CT scan is the best exam for their child - and if the answer is yes, then ask if the scanner will be adjusted to a child dose, Slovis advises.

"If they do it the way they do adults, that's probably not the place you should be," he says.