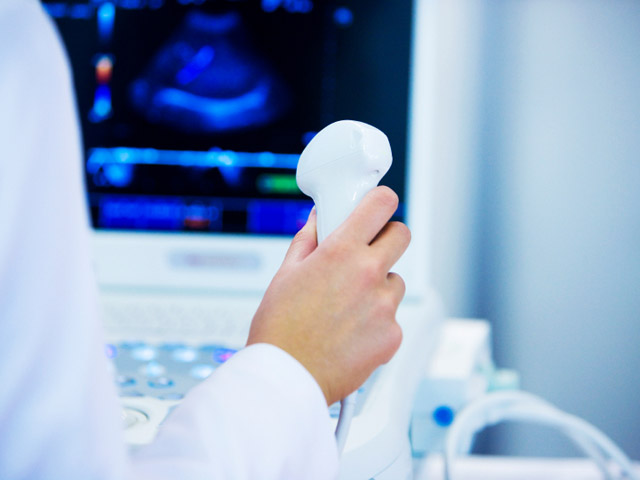 Physicians in Mississippi as well as state and national medical organizations are warning about serious, unintended consequences for doctors and for women's health care if voters approve the so-called "personhood" initiative in balloting next week.

The initiative is "a dangerous intrusion of criminal law into the provision of medical care," according to the American Society for Reproductive Medicine. The Mississippi chapter of the American Congress of Obstetricians and Gynecologists sent a letter to its members telling them the initiative "will have a profound negative effect on our patient relationships for years to come." And a statement from the Mississippi State Medical Association warns that "it will place in jeopardy a physician who tries to save a mother's life by performing procedures and employing techniques physicians have used for years."

What's behind those dire warnings is Initiative 26, commonly known as the "personhood" initiative, which voters will decide on Nov. 8. It declares that a fertilized human egg is a person and it would amend the state constitution so that all references to a person apply to a fertilized egg. The one paragraph initiative asks voters: "Should the term 'person' be defined to include every human being from the moment of fertilization, cloning, or the equivalent thereof?"

Backers are targeting abortion, of course, with the goal of making abortion illegal in Mississippi and eventually overturning Roe v. Wade. The Colorado-based group behind the personhood movement, Personhood USA, has failed in previous attempts to have voters in that state outlaw the destruction of fertilized eggs, but they appear poised for a win in Mississippi. And that has many physicians warning a "yes" vote will have implications far beyond abortion, with consequences for the practice of obstetrics, gynecology, infertility and reproductive medicine and for the use of some forms of birth control.

"The thing that we're mainly concerned about is our physicians' ability to take care of our sisters and our daughters and our mothers in ways that we've been taking care of them for 100 years," said Dr. Tom Joiner, a family practitioner who is also president of the state medical association. "What this thing is doing is it's taking it out of the realm of medical decisions into the realm of legal decisions."

Joiner and other opponents of Initiative 26 are concerned that by attempting to criminalize abortion, the initiative will criminalize routine medical practice that intentionally or not terminates a pregnancy. There is no mention in the initiative of an exception for pregnancies resulting from rape or incest, nor for the health of the mother, as in the case of life-threatening conditions such as ectopic or molar pregnancies. (In an ectopic pregnancy the fertilized egg implants outside the uterus, most often in the fallopian tube; in a molar pregnancy the fertilized egg becomes an abnormal growth such as a tumor rather than a fetus.)

"These pregnancies were not meant to go on to be people and we don't think calling them persons is going to do any good for the patients that carry them nor the pregnancies themselves," said Tupelo obstetrician-gynecologist Dr. Wayne Slocum, vice chair of the Mississippi section of the American College of Obstetricians and Gynecologists.

Slocum said because ectopic and molar pregnancies never result in live births, casting those fertilized eggs as "persons" does not make sense. "They just need to be treated either with medication or surgery," he said. "If not the mother can bleed to death or have dire consequences."

The state medical association has tried to walk a fine line so as not to be viewed as taking sides in the abortion debate. While not formally opposing the personhood initiative, the association does not support it, either, and has issued a statement expressing concern that physicians could face prosecution if it becomes law. While many physicians in Mississippi oppose abortion, Joiner says nearly all of the association's members oppose Initiative 26. "But those who take the other view are very loud and make their voices heard," he said.

One of those voices is that of Dr. Eric Webb, an obstetrician-gynecologist in Tupelo who describes himself as "pro-life." Webb calls arguments from the medical community that doctors may face prosecution spurious. He says they are protected by Mississippi law. "There are statutes right now on the books with regard to fetal homicide and wrongful death that have specific exemptions for physicians who are acting in the best interest of the patient," Webb said. "The amendment in no way by establishing personhood for the unborn changes those laws."

While Webb firmly believes life begins with a fertilized egg, he says even if Initiative 26 passes exceptions should and will be made when there is a serious risk to the health of the mother. And despite his staunch opposition to abortion, Webb says in his own practice he makes exceptions for cases like ectopic or molar pregnancies.

Both sides agree the personhood initiative is a direct threat to standard infertility treatments, in which eggs are routinely frozen and stored after fertilization. Supporters of Initiative 26 would like to end that practice. The national organization for fertility clinics and researchers, the American Society for Reproductive Medicine (ASRM), has vigorously opposed the initiative, pointing out in a letter to the Mississippi secretary of state that human reproduction is often inefficient, and that with or without medical assistance "fewer than 20 percent of fertilized eggs implant in the uterus."

"Those who would seek to make decisions for others about their reproductive rights are happy to do that whether it involves contraception, infertility or pregnancy termination," said ASRM spokesman Sean Tipton. "We happen think reproductive medical decisions should be best made between the physician and the patient."

It's unclear how the personhood initiative would affect some forms of birth control. Supporters are clearly seeking to outlaw RU486 (mifepristone), also known as the abortion pill. But physicians opposed to the initiative warn that an unintended consequence could be a ban on other forms contraception, such as the birth control pill and IUD, which in some circumstances may be detrimental to the implantation of an already-fertilized egg.

"The backers of this are trying to do away with abortion - we also are not 'for' abortion," said Slocum, who despite his opposition to the personhood initiative describes himself as pro-life. "But we feel like passing this amendment to the state constitution would do more to harm our patients than it will do to stop abortion."