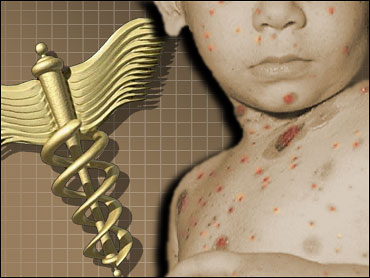 Would you deliberately infect your kids with chicken pox by taking them to "pox parties"?

After all, a safe and effective chicken pox vaccine is part of the recommended childhood vaccination series. It keeps 85 percent of vaccinated kids from ever getting the illness, says chicken pox virus expert Anne A. Gershon, MD, director of the division of pediatric infectious diseases at New York's Columbia University.

"In a time when we have the chicken pox vaccine available — one of the safest vaccines we have ever had, and one that works very well — there is no point in exposing your child to the natural infection," Gershon tells WebMD.

Surprisingly, pox parties are popping up in neighborhoods in several U.S. cities. On Internet bulletin boards and blogs, rumors spread that the chicken pox vaccine is somehow unsafe or ineffective. Parents worried by these rumors join email rings. When one of these parents' children gets chicken pox, the parents invite others in the community to a pox party.


A "natural mothering" web site gives a recipe for spreading varicella zoster virus — the chicken pox germ. It advises parents to pass a whistle from the infected child to other children.

Is Laughter The Best Medicine?

Adults who get chicken pox for the first time get a much more serious disease than do children. But even for children, chicken pox isn't a walk in the park. And every once in a while, a child gets a very serious form of the disease. One in 50,000 kids gets a brain infection that causes retardation or death. And itchy chicken pox blisters can get infected with dangerous bacteria.

"Imagine losing a child because you were dumb enough to bring him to a pox party," Gershon says.

Gershon, in fact, favors giving kids a second chicken pox vaccination. That, she says, would ensure that virtually all kids would safely develop immunity. And it would prevent waning immunity after a first shot, which sometimes happens in the 15 percent of kids who don't get full immunity from the recommended vaccination at age 12-15 months.

There's another reason for kids to get the chicken pox vaccine: shingles. Chicken pox virus is a herpes virus that stays in the body for life. When it gets reactivated, a person gets shingles. Sometimes this causes a very painful condition called postherpetic neuralgia — a condition that may be permanent.