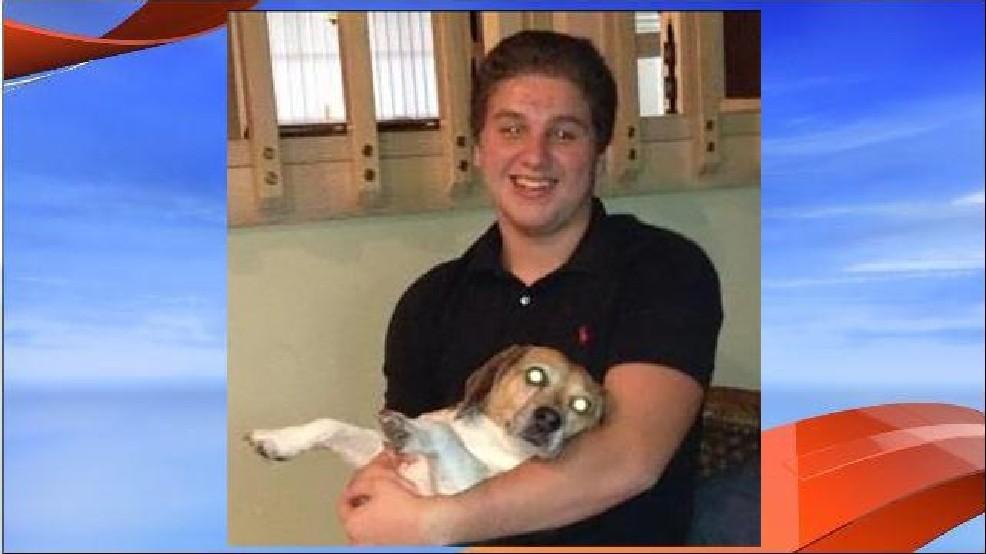 FORT LAUDERDALE, Fla. — The mother of a 19-year-old Florida State University student charged with fatally stabbing a couple outside their home and then biting the dead man’s face told police her son had been acting strangely for days and claimed to have superpowers, according to a police report released Wednesday.

Mina Harrouff called Jupiter police about three hours after Austin Harrouff stormed out of a restaurant Monday night following an argument with his father, the report said. She told an officer her son had been acting strangely for about a week, said he had superpowers and that he was “here to protect people,” the report said. She told Officer Luis Rocha her son had no history of mental illness nor heavy drug use.

“Mina told me that she does not believe him to be a danger to anyone or to himself,” Rocha wrote.

She and Rocha didn’t know that 45 minutes after he left Duffy’s restaurant, Austin Harrouff had been arrested in neighboring Martin County by sheriff’s deputies, who said they saw him mauling the body of John Stevens, 59. Sheriff William Snyder says Harrouff attacked Stevens and his wife, 53-year-old Michelle Mishcon, randomly as they sat in their garage, stabbing them multiple times.

It took numerous deputies and a dog to subdue Harrouff, a muscular former high school football player and wrestler who shook off electric shocks from a stun gun, Snyder said. He has said Harrouff was “abnormally strong,” incoherent and making “animal-like noises.”

Harrouff also stabbed and injured a neighbor who tried to intervene. The neighbor is expected to recover.

Harrouff was listed in stable condition at a hospital Wednesday and was scheduled to undergo surgery on his hand. He is conscious and expected to survive, though he has a breathing tube and is unable to speak, reports CBS affiliate WPEC.

Snyder has said Harrouff tested negative for cocaine, methamphetamine, heroin and other common drugs, but that further tests would be conducted to see if he had ingested a synthetic drug like flakka or bath salts. Blood, hair and DNA samples have been submitted to the Florida Department of Law Enforcement which is expected to return results within one to three weeks, WPEC reports.

Autopsies on both of the victims ruled their deaths homicides and found each died of blunt force trauma, the station reports. Both had multiple stabbing, blunt force and slicing wounds, Snyder has said.

Official charges against Harrouff are pending.

Harrouff’s attorney, Michelle Suskauer, did not return a call and email from the AP seeking comment about the recently-released report. She said earlier there are “mental health issues that are going to have to be investigated here.”