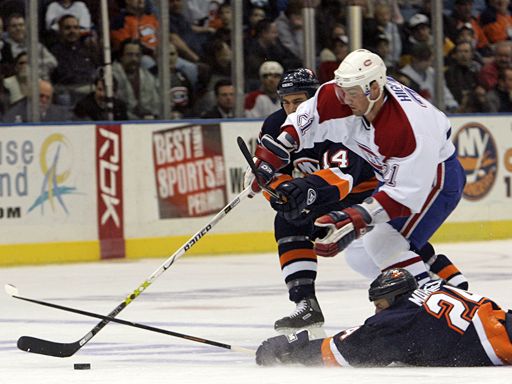 Dwight Gooden has been coming to Jacobs Field the past two weeks fearing Indians manager Mike Hargrove might want to talk to him.

Gooden had been afraid his days in Cleveland were numbered, and that he might be on the trading block.

But after his performance Wednesday night, the only trip Gooden might be making is back to the starting rotation.

After warming up in the bullpen with his son, Dwight Jr., standing next to him, Gooden pitched seven solid innings for his first win since May 18 and Manny Ramirez raised his major league-leading RBI total to 106 in Cleveland's 7-2 win over the Detroit Tigers.

Gooden (3-3) made the most of his first start since July 2, limiting the Tigers to five hits. The right-hander hasn't been happy pitching in relief and was further miffed last week when he lost a chance to start in New York when Hargrove changed his mind.

But mixing a 94 mph fastball with a nasty curve, Gooden got his first win in 13 appearances four in relief struck out a season-high eight, and walked two.

"It was important because this has been the strangest year of my career," said Gooden, who has bounced between being the Indians' No. 5 starter and a long reliever. "It was good to come out of it with a win."

Gooden said he had been worried the Indians might try to trade him. At this point in his career he knows he may not have many more chances to win a World Series and if he's dealt, it probably won't be to a contending team.

"Hopefully, I can stay here and contribute," he said.

Before the game, Gooden's 13-year-old son surprised him by joining him for warmups. As Gooden rocked into his motion, there was Dwight Jr., leaning against the back wall watching his dad work.

"I guess he just wanted to see," Gooden said of the youngster, who served as the Indins' bat boy and was carried off the field after the game by pitcher Dave Burba.

"It was special to me because it brings back a lot of memories of what my father did with me," Gooden said. "He never played professional ball but he was a semi-pro coach. When I was three years old, I followed him around and got to see his games. So this was really special."

Hargrove said he wanted to wait before deciding on what to do with Cleveland's No. 5 spot, which has been by committee lately with Gooden, Mark Langston and Tom Candiotti, who was designated for assignment earlier this week.

"It's better discussed in the light of day," he said. "We'll sleep on it and make a decision later."

Ramirez returned to the lineup after missing one game with a bruised left knee, and sporting a new orange hairdo, homered off Brian Moehler (8-10) and had a pair of RBI doubles as the Indians completed a three-game sweep.

Jim Thome also homered for Cleveland, which entered the series in a five-game losing skid after being swept by the Yankees last weekend. But after holding a players-only meeting Monday, the Indians took out their frustration on the Tigers, outscoring them 27-10.

"I think it was important for us to hopefully restate our position a little bit," Hargrove said.

With Cleveland leading 3-0 in the third, Ramirez hit an 0-2 pitch over the wall in right-center for his 27th homer. Ramirez, who sat out Tuesday's game after being hit in the knee with a pitch, had entered the game in a 3-for-27 slump.

Thome followed with his 17th homer, a shot to left for his second homer in two days.

After a two-out walk to Tony Clark in the fourth, Garcia hit his sixth homer to make it 5-2. But Ramirez got the two runs back in the bottom of the inning with a two-run double.

"I will say this," said Garcia. "In this series, Cleveland's pitching was better than a team like Boston. They pitched very well and when they do that, they are really tough to beat."

Following a 14-5 rout on Tuesday when they got 19 hits, the Indians picked right up in the first by scoring three runs off Moehler on doubles by Jcob Cruz and Ramirez and rookie Russell Branyan's RBI single.