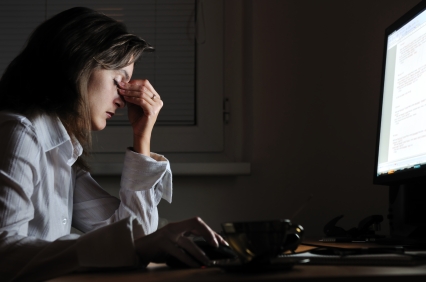 (MoneyWatch) Everyone knows that to succeed business needs to innovate. Those who've thought a little more deeply about the subject also understand that anything new is inherently risky - it might work, it might not. People could love it or hate it. So innovation has to accept and embrace risktaking and risktakers.

I've worked with numerous companies who understand this and even go as far as recruiting people with a distinctly high tolerance for risk. They don't want want weekend golfers, but avidely search out rock climbers, extreme athletes and adventure travelers. And sometimes they even hire them.

But then something strange happens. The risk-loving employee suddenly goes quiet and isn't the daring character everyone had imagined. Instead these new minted employees become model citizens. What's happened?

The usual scapegoat is culture. Everyone shakes their heads, talks about how hard that is to change - and then moves on. The harder truth is that innovation doesn't just require risk-taking. It requires failure. But how many companies reward that?

The other day I ran into the head of a fantastic school that, every year, runs a Failure Week. The point of the exercise is to encourage the students to dare to fail. Every afternoon, students stand up and discuss - proudly - what they tried, how it failed and what they learned from the experience. The bigger the failure, the bigger the learning, the the greater the kudos. The point of the exercise is to accustom the students to the idea that failure = learning.

In his book, ADAPT, Tim Harford articulates this beautifully, telling story after story about great successes which were the eventual finale to a long series of failures. He argues that we don't want random failure but well-conceived bold experiments designed to elicit clear learning but not guaranteed to solve a problem overnight.

Why leaders need a sense of humor

Should work for the family biz be on your resume?

You don't have to look far to find fantastic failures. After all, that's how Twitter started: It emerged after the initial idea - audio blogging - proved too difficult and unappealing. Or look at Change.org, the campaigning platform that galvanized public support for the parents of Trayvon Martin and public anger about pink slime in school meals. It may look an obvious success story now, but only if you ignore the first three-and-a-half years when it wasn't.

"There was a massive amount of failure," Ben Rattray, founder of Change.org, recalled.

You can't celebrate success only - because when you do, it sends a signal: We want no failure here. And no failure, no learning, no real innovation. So hiring risk lovers won't save you because most risk lovers only enjoy calculated risks, not stupid ones. In a success-driven company, they quickly see that daring isn't valued as learning, they go quiet and often go completely.

I'm not surprised companies find this hard to understand and embrace. It's highly counter-intuitive. Why celebrate failure? Unless you can see the learning implicit in it, it feels wasteful. But the best boss I ever worked for failed all the time. He also won numerous international prizes for his work. Yes, there was a connection between the two. And he was lucky to work in an organization that understood that.