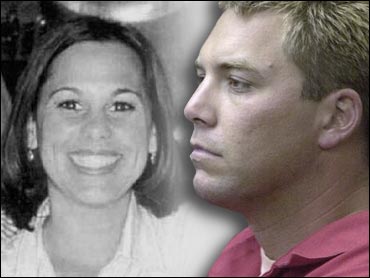 Court was not in session Friday in the murder trial of Scott Peterson, accused of killing his pregnant wife Laci and their unborn child. On Thursday's first full day of testimony, prosecutors focused on the clothing Laci wore the day before she was reported missing as they set out to establish when she died and link her husband to the slaying.

Meanwhile, defense lawyers assailed what they characterized as a botched investigation that culminated in two murder charges against Scott Peterson, a 31-year-old fertilizer salesman.

Prosecutors say Peterson killed his wife, who was eight months pregnant, in their Modesto home on or around Christmas Eve morning 2002, then drove her body to San Francisco Bay and dumped it from his small boat. Lawyers for Peterson, who says he fished in the bay that day, speculate that someone else abducted and killed his wife.

48 Hours Mystery reports on the Scott Peterson trial.
The remains of Laci Peterson and her fetus were badly decomposed when they washed ashore in April 2003, and authorities have not offered physical evidence to pinpoint exactly how or when she and the boy, whom the couple planned to name Conner, were killed.

As a result, prosecutor Rick Distaso spent much of the first full day of testimony in the trial talking about her clothing.

Peterson told police that his wife wore a white shirt and black stretch pants when he left for a solo fishing trip Christmas Eve morning. Prosecutors have said her remains were clad in khaki pants.

Two prosecution witnesses who work at a spa Laci Peterson visited around midday Dec. 23 testified she wore a white shirt and black stretch pants. Two other witnesses, including Laci Peterson's half-sister, testified she was wearing light-colored pants that evening at a salon.

Those recollections could fit the prosecution's theory that Peterson killed his wife late Dec. 23 or early Dec. 24 — after she had changed clothes — then disposed of the body after daybreak.

Peterson, 31, faces the death penalty or life without parole if convicted.

Laci Peterson's half-sister, Amy Rocha, also testified Thursday about the scene at the Petersons' home the day Laci vanished and discussed the first phone call she received from Scott Peterson at about 5:15 p.m.

"He was panicked," Rocha said.

She didn't recall much else from that evening, she said, mostly that "everybody was pretty frantic" and that a steady stream of police and friends arrived to begin the search.

"I just remember more people coming and there are a lot of police there," Rocha said. "The next thing I remember was going house to house with a picture of Laci."

Rocha is set to return to the witness stand Monday.

Even as prosecutors tried to make their case, Peterson's attorneys tweaked authorities with assertions of their incompetence.

The owner of Sweet Serenity Day Spa, where Laci Peterson went for a waxing treatment just after noon on Dec. 23, said police inaccurately recorded parts of her initial statement. Michelle Buer said she didn't tell authorities on the day Laci Peterson vanished that she suspected Scott Peterson was involved — though she did say that later.

Defense lawyer Mark Geragos pointed out that although video surveillance tapes were available from the salon where Laci Peterson accompanied her husband for an hourlong haircut that evening, police didn't try to retrieve them until after store workers had taped over the content.

"Mark Geragos has an uphill battle to change perceptions about his client and I think he's off to a good start. His opening statement makes sense with what he has to deal with; he's not telling jurors that his client is a saint, he's just telling them that a cheating husband isn't necessarily a murdering husband," says CBSNews.com Legal Analyst Andrew Cohen.

Police do not have any pictures or video showing what Laci Peterson wore on Dec. 23, when she went grocery shopping, visited the spa and salon and made sure the house was clean. The errands appeared to be routine preparations for hosting a Christmas dinner with her family.

She spent nearly $100 at a Trader Joe's grocery store on 24 items for the party, including salmon, eggs, shrimp and soup, according to a receipt and store employee Fred Eachus.

Later in the day, she arrived at the spa wearing black pants, Buer testified. Unlike many of her other clients, Buer said Laci Peterson never complained about her husband, though the pregnant woman did mention that she was not sleeping well.