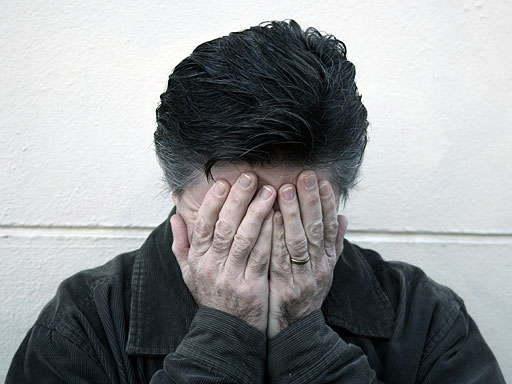 That's the conclusion of new research published in the journal "Biological Psychiatry," which found that the depressed people have trouble detecting black-and-white contrast differences.

Researchers at the University of Freiburg used an electroretinogram - essentially an electrocardiogram for the retinas - to measure the response to a flickering checkerboard pattern in 40 depressed and 40 non-depressed people.

They found that the retinas of depressed people were significantly less sensitive to changing light patterns - and that was true even for depressed people who were being treated with antidepressant medication.

The more severe the depression, the less sensitive the retinal responses.

Researchers think that low levels of the neurotransmitter dopamine could be responsible for the abnormal readings in depressed people, MSNBC reports. Previous research linked symptoms of depression to low dopamine levels.

If additional studies confirm these findings, it might be possible to develop a new diagnostic tool that would enable doctors to measure depression objectively, the study's lead author, Dr. Ludger Tebartz van Elst, said in a written statement. Tests now being used aren't always reliable.

"These data highlight the profound ways that depression alters one's experience of the world," Dr. John Krystal, the journal's editor, said in the statement. "The poet William Cowper said that 'variety's the very spice of life', yet when people are depressed, they are less able to perceive contrasts in the visual world. This loss would seem to make the world a less pleasurable place."