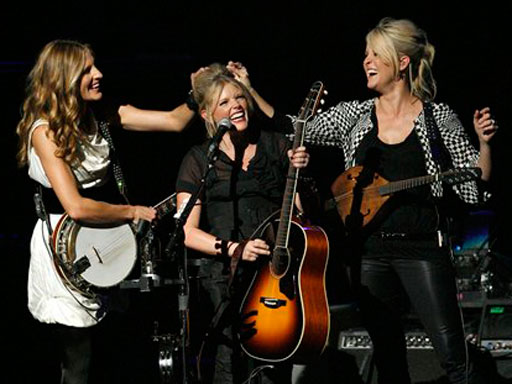 Dixie Chicks will be back.

The Grammy-winning group will launch a 40-city-plus tour, dubbed the "DCX MMXVI World Tour," on June 1 in Cincinnati. The outing will extend through the fall, winding down Oct. 10 at the Hollywood Bowl in Los Angeles.

It's been a while since we've heard from the trio. The gals' last album, "Taking the Long Way," came out in 2006 and went on to win a Grammy for album of the year.

Since then, members (and sisters) Emily Robison and Martie Maguire formed the duo Court Yard Hounds, and Natalie Maines released her debut solo effort in 2013.

Tickets for the 2016 tour go on sale this Friday. Go here for more info.