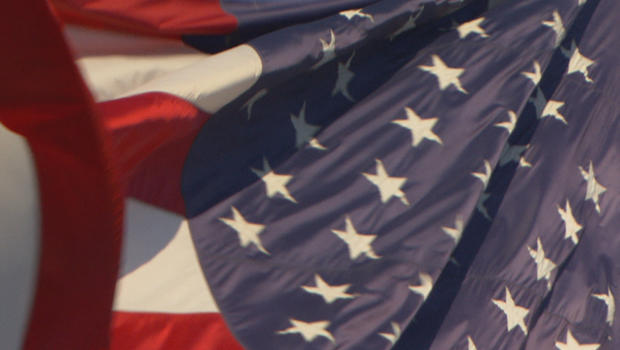 How many stars in the American flag?

Fifty, you say? I'm not sure. If there were fifty, then citizens of liberal states and conservative states would join in common purpose on the blue field which is, after all, called, "the union."

Instead, it seems, we are recklessly tugging at the thread that holds us together. Today, liberals and conservatives barricade themselves in digital citadels where some media, with calculated bias, assure their viewers that what they already believe is correct. If we wall ourselves in castles of confirming information, I fear a new Cold War. This time, a cold civil war.

Given this danger, why do both parties promote almost nothing but divisive scandals? Because it is so much easier than health insurance or immigration reform. Taking on actual challenges would require work, and listening, and thought, and union.

Whose fault is this? Not the politicians, really. The Constitution was written on the premise that "We the people" would be hard-working citizens. But, by and large, we don't study the issues. Politicians lie because we don't know the facts. They dangle shiny new scandals because we allow ourselves to be mesmerized. We're asked to vote in federal elections once every two years – and half of us cannot find the time.

Have we become too lazy in mind and body to support a democracy?

I don't see that in the Americans I've met. I've witnessed devotion to all of our stars among the firefighters who sacrificed themselves at the World Trade Center; an Air Force nurse in Iraq who opened her own veins to give blood to a dying Marine; the mothers and fathers of Sandy Hook who dedicated their lives to preventing the kind of mass shooting that took their children.

What's required of the rest of us is a small sacrifice to keep democracy vibrant and alive.

With all our diversity, in all our languages, we should agree on one big idea: we are all woven into the tapestry of stars. It's time to see that, not as a right, but as a privilege that each of us is willing to earn, with minds that are skeptical but open, and hands ready to work and willing to embrace.

You were right, of course; there are fifty stars. The flag we say we honor is the very icon of compromise.

How many stars in your flag?

After the Camp Fire: Rebuilding Paradise