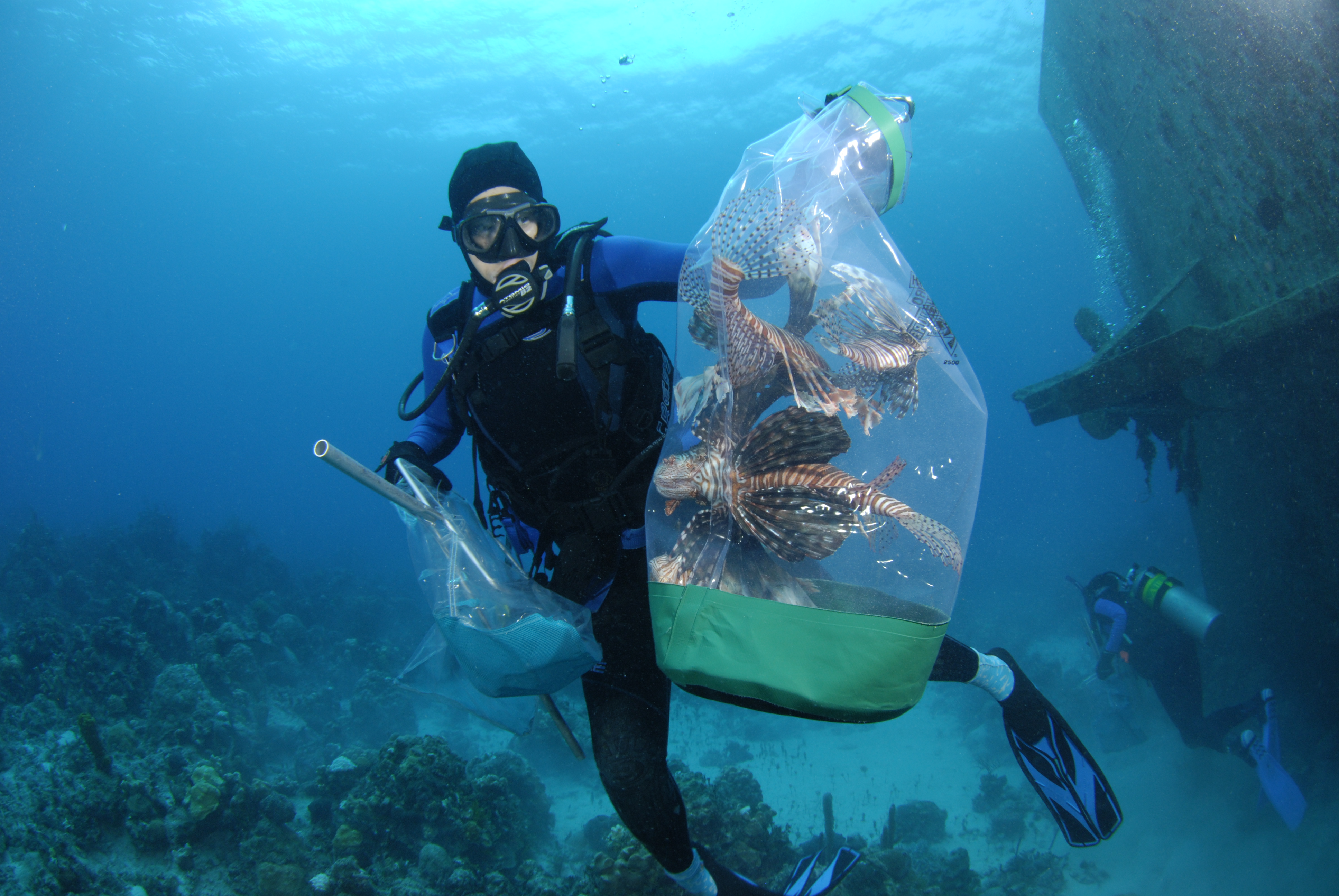 Known for their venomous spikes and voracious appetites, lionfish populations have exploded over the past three decades across the western Atlantic and Caribbean.

They have no predators in the ocean so any hope of stopping the spread of this invasive species has come down to human intervention. And in the case of Florida, that has meant an army of divers - underwater citizen scientists - who are heading into the deep with little more than a spear gun and a net.

"We'll get together with associated dives to go out and collect lionfish," said Elizabeth Underwood, the reef lionfish program coordinator for the marine conservation group Reef Environmental Education Foundation based in Key Largo.

The invasive fish originally hail from the Indo-Pacific and are believed to have been introduced to the U.S. through the aquarium trade. They first appeared off Fort Launderdale in 1985, spreading up the East Coast as far as South Carolina and throughout the Caribbean. They have most recently invaded the Gulf of Mexico. They decimate reefs by eating everything on them, and because they have no predators, their populations grow unchecked, inflicting more and more damage.

To stop their harmful spread, divers have created competitions to see who can remove the most nasty fish from the water.

"One of the biggest things we do is host lionfish derbies which are one-day fishing tournaments specifically for lionfish caught using spears or nets," she said. "We were the first organization to do these derbies. But now there are so many derbies throughout the region. A lot of people have stepped up and are hosting their own derbies which are great."

Since the first derby in the Bahamas in 2009, Underwood said that divers have caught 14,931 lionfish - including 99 caught by REEF's latest derby earlier this month. Sometimes the colorful fish are then handed over to scientists for research or cooked up and offered up to the curious public.

While lionfish is among the most venomous fish in the world, its flesh is not poisonous and is considered pretty tasty. That has prompted an increasing number of restaurants to put it on their menus.

"People really like it," Underwood said. "It tastes really good. It's a light, flaky meat. Some people compare it to hogfish."

So far, Underwood said the derbies appear to making a dent in the lionfish population.

"Our preliminary results show we are effectively knocking down these populations in these local areas where derbies are taking place," said Underwood. She added that the results not yet published of a Bahamas site studied before and after a derby found a reduction in the lionfish population by 75 percent.

But Underwood acknowledged that derbies alone can't stop the spread of the lionfish.

She said it helped that Florida last year outlawed the importation of live lionfish for aquariums and she is hopeful that one day a special trap will be developed to catch them. That might allow for fisherman to catch them commercially, finally reaching those fish living as far as 1,000 feet down - well beyond the reach of divers.