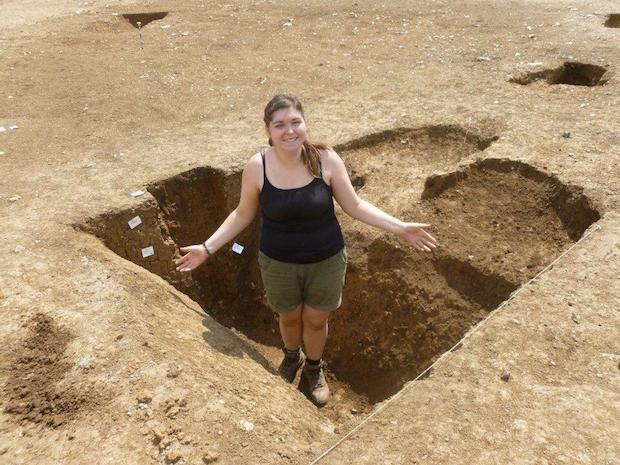 Female scientists have taken to Twitter to express their outrage over - and mock - comments from Nobel laureate Tim Hunt, who said women scientists are distractions in the lab because men fall in love with them, and sometimes they cry.

Under the hashtag #DistractinglySexy, the women posted photos of themselves at work in their field - some in lab coats, others at archeological dig sites - with comments that turned the tables on Hunt by sarcastically questioning how they managed to get any research done between sobbing and romancing their male colleagues.

Others took the approach of joking about their sexiness, posting photos of themselves falling in love with fossils or posing seductively in bulky protective lab gear. One soil scientist posted of a photo of herself digging a deep hole and another posted one of herself knee-deep in a marsh.

Hunt was forced to apologize this week after telling a science conference in South Korea that the "trouble with girls" working in laboratories is that it leads to romantic entanglements and harms science. But Hunt has refused to back down from comments he made that mixed-gender labs are "disruptive."

Hunt, 72, made the comments at the World Conference of Science Journalists in South Korea, according to audience members. Hunt, a biochemist who was joint recipient of the 2001 Nobel for physiology or medicine, said he was just trying to be humorous. He told BBC radio on Wednesday that he was "really, really sorry I caused any offense." He resigned from his honorary post at University College London Thursday, in the wake of global criticism.

Hunt's comments were seen as a grotesque representation of a pervasive sexism in science, where studies have shown that women are often seen as less competent than men. Women are poorly represented in many scientific fields and often don't get the recognition of their male colleagues.

Michelle LaRue, a researcher at the University of Minnesota who studies Emperor penguins in Antarctica, said Hunt's comments were part of a growing trend of sexism, so she decided to jump on Twitter and poke a little fun at the controversy.

"I'm sick of it," she said. "What he said was ill-informed and I didn't care for it. I think his comments show such an old school way of thinking and are a hindrance to scientific progress. We need forward-thinking people to help solve these challenges we face. Narrow-mindedness does nothing to help."

Jennifer Pournell, an anthropologist, archaeologist and writer working on environment and sustainability programs in Iraq (pictured above, knee-deep in muck), joked that her photo was a bit risqué for the Middle East because it showed her knees. Asked by CBS News why she took part in the campaign, she said it was "because I can."

"Because great science is done every day by millions who seldom get recognized. Men and women," she added.

Lorene Lynn, a soil scientist and restoration ecologist in Alaska, posted a photo of herself, head in the ground, bottom in the air.