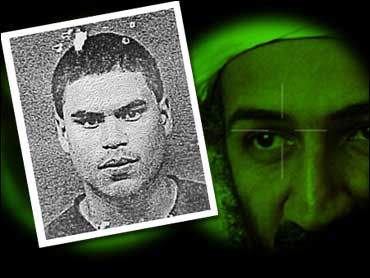 A federal appeals court on Friday sided with the Bush administration and reversed a judge's order that the government either charge or free "dirty bomb" suspect Jose Padilla.

A three-judge panel of the 4th U.S. Circuit Court of Appeals ruled unanimously that the administration can keep the U.S. citizen detained because of his alleged ties to terrorists.

U.S. District Judge Henry Floyd in Spartanburg, S.C., ruled in March that the government cannot hold Padilla indefinitely as an "enemy combatant," a designation President Bush gave him in 2002. The government views Padilla as a militant who planned attacks on the United States.

The administration has said Padilla, a former Chicago gang member, sought to blow up hotels and apartment buildings in the United States in addition to planning an attack with a "dirty bomb" radiological device.

CBSNews.com Legal Analyst Andrew Cohen notes that Padilla "falls into a new sort of category in the legal war on terror. So far, the federal courts have agreed generally with that premise, but have not agreed to give the Administration complete discretion to detain these sorts of U.S. citizens indefinitely."

He expects the case to go the Supreme Court "because the result here is the opposite of the result in a very similar case the High Court resolved in 2004 that involved another U.S. citizen held indefinitely as an enemy combatant. I can easily see a scenario where the justices want to make sure there is consistency between the two rulings."

Padilla was arrested at Chicago's O'Hare International Airport in 2002 after returning from Pakistan. The federal government has said he received weapons and explosives training from members of al Qaeda.

Padilla, a New York-born convert to Islam, is one of only two U.S. citizens designated as enemy combatants. The second, Louisiana native Yaser Hamdi, was released last October after the Justice Department said he no longer posed a threat to the United States and no longer had any intelligence value.

Hamdi, who was captured on the battlefield in Afghanistan in 2001, gave up his American citizenship and returned to his family in Saudi Arabia as a condition of his release.