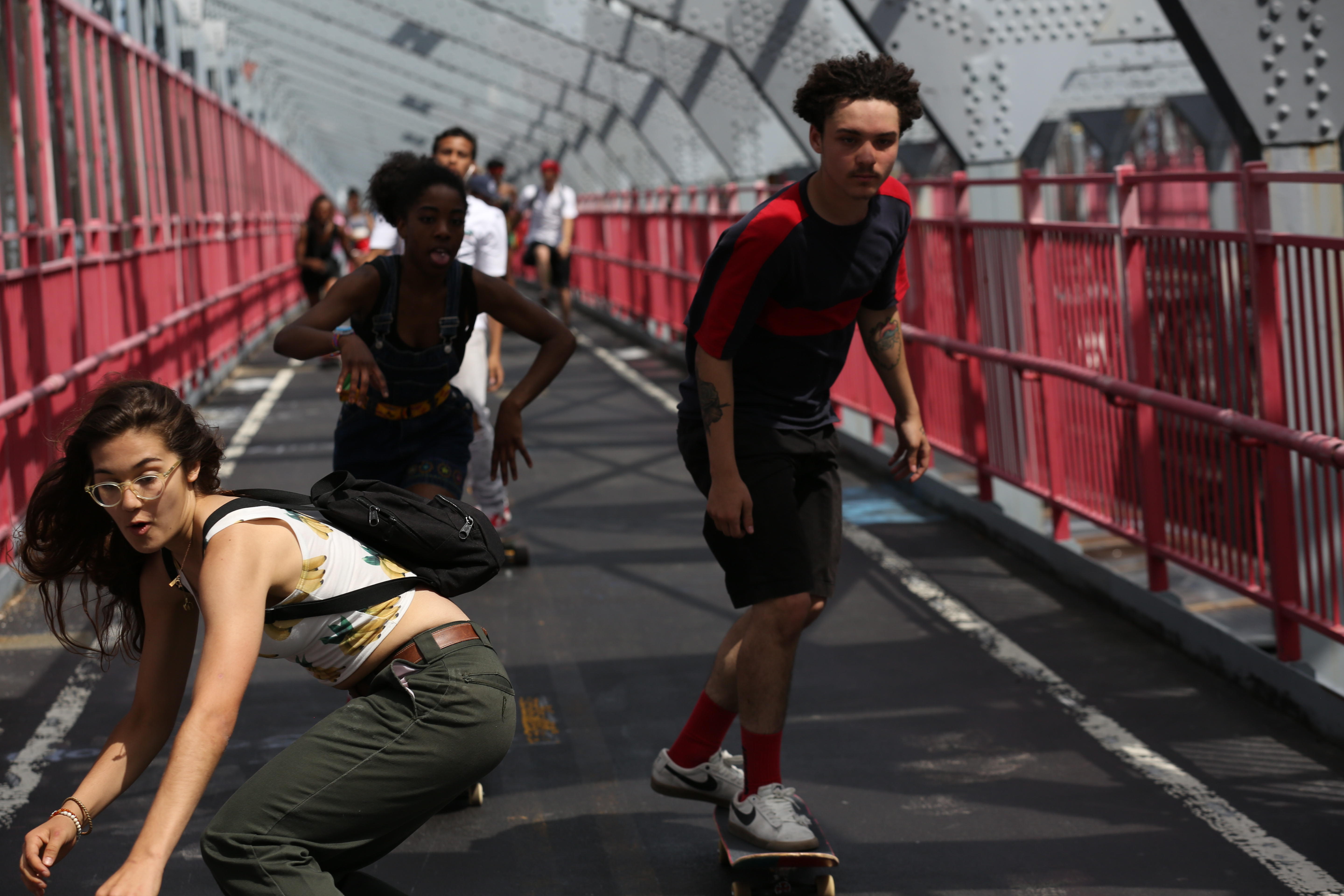 Unlike "The Wolfpack," however, Moselle's new movie blends reality with fiction. Moselle told CBS News about her sophomore film and how it differed from making a documentary.

Moselle said she first encountered the stars of her movie on the G train in New York.

"I saw them with skateboards in their hands and they looked interesting," she told CBS News. "I was listening to their conversation and there was something really charismatic about Nina [Moran] that drew me in."

She said it wasn't difficult to earn the trust of the girls. "I'm different that way," she said. "I really bond with young people. ... I was like, 'Let's talk and hang out. I want to know about you,' just like how you are in high school when you meet a group of people that feel like they're our people. We just really got along."

That's how a group of teenage skateboarders got their big Hollywood break two and a half years ago. Moselle said from there, she met with the girls to talk about their experience as female skateboarders in a male-dominated scene. Moselle thought she would make a documentary about them, but ended up working with fashion label Miu Miu to make a short-scripted film with the girls that opened the way to a feature.

Most of the film's stars -- the skater girls -- are first-time actors.

Moselle, who also wrote the film, drew inspiration from the girls themselves and the things that were happening in their lives, all while getting feedback from them.

"It came from having conversations with them," she said. "Rachelle [Vinberg] did live in Long Island and she came into the city and created a friendship with this group of girls. Girls go through hardships; they get in fights and things don't work out and then they learn from it and sometimes they become friends again, so it really reflected their relationships."

The main conflict in the film comes from the relationship between protagonist, Camille (Rachelle Vinberg) and Devon (Jaden Smith), and the conflict it creates with her group of girlfriends.

"We talked about like what would really be a big break and it's usually someone gets in the middle of a love interest or there's a misunderstanding," Moselle explained.

She also said it was less restrictive to be able to collaborate with the girls versus watching from the sidelines as a documentarian: "It was more about finding authenticity together."

That also meant getting lots of constructive criticism from the girls.

"They'd be like, 'That's stupid,' or 'Why would we say that?' and I'm like, 'Okay, well what would you say? What would make sense to you?' I learned a lot from this process dealing with kids," Moselle revealed, laughing.

Interestingly enough, it wasn't a seasoned producer or Moselle who brought Jaden Smith into the film -- it was Vinberg, one of the skaters, who talked Smith into joining the cast.

"He hit her up on Instagram, so we were like, 'Oh, let's put him in the film,'" said Moselle. "It all happened in a kind of sweet, organic way."

Now, the women, who Moselle said hover around 20 years old, are on their press tour with Moselle. Judging by their Instagram accounts, they're still skating.

"Skate Kitchen" is out now in select theaters.