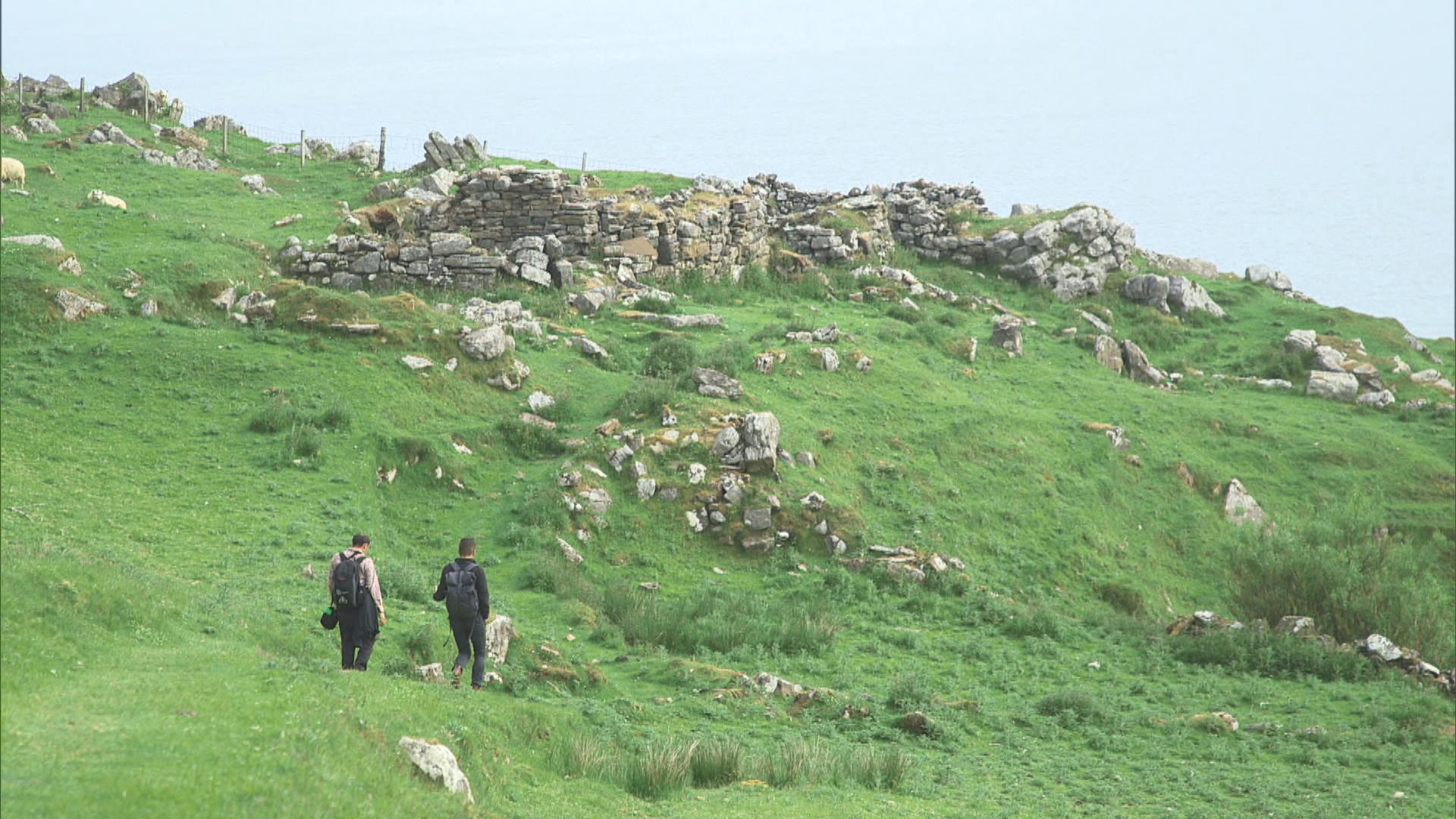 Hundreds of millions of years have weathered Scotland's remote Isle of Skye. The prehistoric secrets hidden in the island's landscape have attracted a caravan of time travelers led by American paleontologist Steve Brusatte, who invited CBS News' Jonathan Vigliotti along on his team's quest.

"I think Scotland is one of the most exciting new frontiers for dinosaurs," said Brusatte, who has travelled to some of the world's most extreme landscapes. "And there's still a lot of fossils to find here and they're important fossils."

They're important because they come from the middle part of the Jurassic period, of which little is known. It was a time when dinosaurs evolved from the size of house cats into the monsters later brought to life by Hollywood. In this real life "Jurassic Park," Brusatte is in pursuit of what could be stegosaurus bones.

What he finds is a bone with the right kind of grain and texture – porous and honeycomb-like. Brusatte and his team have been looking for this for well over a year. One major challenge is trying to extract the rock to get those bones into a lab for studying.

In the past 15 years, Brusatte has helped identify 15 new species of dinosaur.

A few miles down the coast, Brusatte took CBS News to an ancient lagoon that was likely a watering hole for dinosaurs. There, when the tide goes out, you can literally walk in footprints believed to those of a brontosaurus.

"I always say it, and I know it's a little bit lame, but this is the real Jurassic Park," Brusatte said.

His team discovered around 50 dinosaur prints in that one location.

"So 170 million years ago you had this dinosaur, this Jeep-sized, plant-eating dinosaur, literally stepping right here," Brusatte said.

He believes everything from long-necked sauropods to flying pterodactyls roamed this part of Earth until an asteroid likely wiped them out.

"I think the lesson for us is that the Earth is really old, the Earth changes a lot. Climates change, environments change and sometime the species that are best adapted for a certain climate or environment, if something changes, they can go extinct. And that happened to the dinosaurs. And if it happened to the dinosaurs that were around for 150 million years, could that also happen to us?"

It's a journey to the past may help us see into the future.