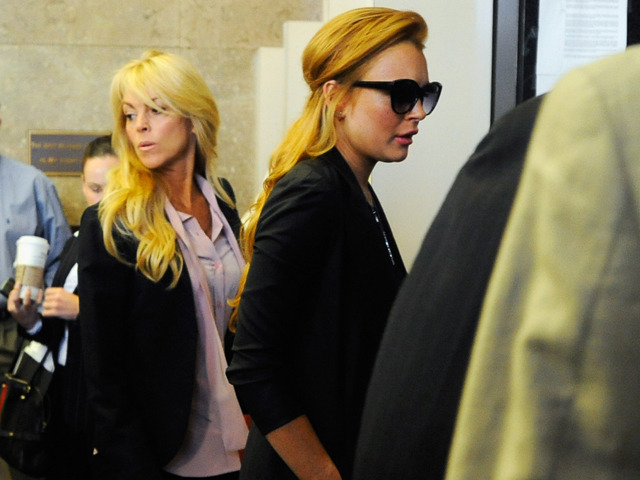 Heiress Lydia Hearst is reportedly set to star in the leading role in the film, "Dogs in Pocketbooks," which centers around a bratty movie star.

"Lydia will play a bratty movie goddess in and out of rehab, in trouble with the law, and hounded by greedy agents, predatory paparazzi, off-the-wall stalkers and crazed media - a role obviously based on Lindsay Lohan," screenwriter Charles Casillo told the New York Post about his self-described "screwball comedy."

TMZ.com reports that the actress' mother said the film "is definitely based on Lindsay's likeness," and "We have a very strong case. It's shadowing E*TRADE" - a reference to a settlement over a commercial for the online brokerage firm that referred to a "milkaholic" baby named Lindsay.

Lohan's family lawyer, Stephanie Ovadia, has been contacted by the Lohan family regarding the film and seems to think they have a case, according to the website.

Dina Lohan also told TMZ that "Anyone bringing negativity will be dealt with accordingly."

Shortly after those statements were made, Hearst took to her Twitter account to distance herself from the biopic.

"I am currently filming 'Two Jacks' directed by Bernard Rose. My next project is 'Catwalk' by Tony Hickox," the model-actress posted on Tuesday, adding in a subsequent message, "At this time I am not officially signed onto any other projects. Thank you."