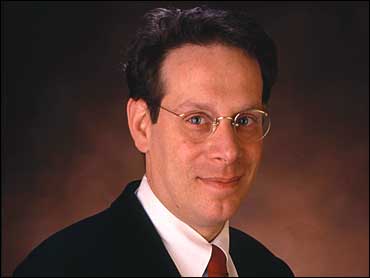 Daniel Dubno is producer and technologist for CBS News in New York, where he coordinates Special Events Unit coverage of major national and international news stories, including elections, military conflicts and disasters. Dubno is a pioneer in the use of powerful graphic technologies, satellite imagery, and visualization tools for news coverage. He also regularly appears on-air as Digital Dan on a variety of CBS News broadcasts discussing new technology. Winner of numerous National Emmy awards, Dubno was previously a producer of the Eye on America enterprise reports for the CBS Evening News, and he produced investigative and feature segments for Eye to Eye with Connie Chung, America Tonight and economics coverage for CBS This Morning. Dan Dubno's technology website, Gizmorama, is one of the most popular technology review sites on the Internet. He also writes a monthly technology column for Discover Magazine, and contributes to other science magazines on occasion.

Dubno is chair of the Radio and Television News Directors' Association Task Force on Remote Sensing, advisory committee member of the Department of Interior's National Satellite Land Remote Sensing Data Archive, and is a consultant to numerous science museums including the Liberty Science Center, the New York Hall of Science, and the American Museum of Natural History. He was adjunct Professor at Columbia University's Graduate School of Journalism, a member of the Queens College Journalism Advisory Board, and a consultant to the USC Viterbi School of Engineering.

Dubno has lectured at various universities including MIT, Harvard's Kennedy School of Government, the People's University in Beijing, and has presented at the TED Conferences (2002, 2003, 2004 and 2006), the Globes Business Conference (2005)in Israel), the EG: Entertainment Gathering (2006) in Los Angeles, the Digital Lifestyle Day(DLD 06) in Munich, GEL conferences (2004, 2005, 2006), the Carnegie Endowment for International Peace, the Freedom Forum, the Global Disaster Information Network, the Office of Naval Research, the National Science and Technology Council, and the National Association of Broadcasters.

Dubno has created and maintains the CBS News Disaster Links resource. Dubno was a member of the scientific party in May 2005 in Wood's Hole Oceanographic Institutions' expedition to the geothermal vents in the Galapagos Rift and explored the "Rosebud" field nearly two-miles below the ocean surface in the Deep Submergence Vehicle Alvin.

With his brother, Dan holds a patent for a touch-table food service ordering system. Dan has adopted and mentors Science Skills High School's robotics team and has happily served as honorary "Principal-For-A-Day" for that high school in Brooklyn as well as for his alma mater, the Bronx High School of Science. He is "Ambassador" for the FIRST: For Inspiration and Recognition of Science and Technology which mentors students to pursue careers in science and engineering. Every year, Dubno hosts the famed "Gadgetoff" competition for equally tech-obsessed colleagues. His wife, Lisa, is executive director of the What To Expect Foundation (which distributes lower literacy materials to pregnant women). They live in a New York City apartment overrun by gadgets and wires with their two children and their robot dog Aibo.