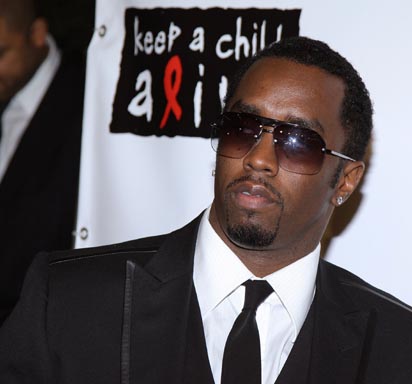 NEW YORK (CBS) Looks as if  Diddy can now be added to the expanding list of celebs who are in the mix to grab Simon Cowell's spot on "American Idol."

The rap mogul put himself forward for the open judging position and revealed that he's eyeing Cowell's "Idol" salary.

"At first when people were asking me if I was interested in the job I was like no...that's not my style," Diddy said to George Lopez on Wednesday's "Lopez Tonight."

"But once I heard what Simon makes - I would love the job. I've got six kids. If I would get the same check Simon gets, we would have a ball."

The Bad Boy boss is no stranger to the "Idol" environment. During season 9, he and his Dirty Money crew performed on stage and debuted their single, "Hello, Good Morning."

He joins a bevy of big names, like Chris Isaak, Bret Michaels, Harry Connick Jr. and Jamie Foxx, on the list of possible replacements.

Jessica Simpson is  anotherrumored candidate for Cowell's job. According to Entertainment Weekly, the reality TV star and singer has already met with "Idol" execs in the hopes of taking over Cowell's judging duties.