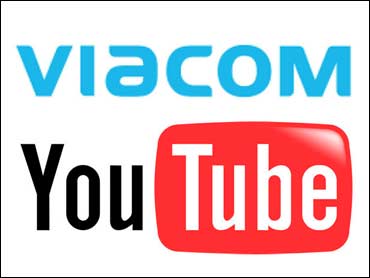 This article was written by Greg Sandoval.

Lawyers working on a $1 billion copyright lawsuit filed by Viacom against Google's YouTube may have uncovered evidence that employees of the video site were among those who uploaded unauthorized content to YouTube.

In addition, internal YouTube e-mails indicate that YouTube managers knew and discussed the existence of unauthorized content on the site with employees but chose not to remove the material, three sources with knowledge of the case told CNET.

The e-mails, according to the sources who asked for anonymity because of the ongoing litigation, surfaced during an exchange of information between the two sides of the legal dispute. They are one of the cornerstones of Viacom's case, as well as that of a separate class action lawsuit filed against Google and YouTube by a group of content owners, the sources said. The group includes a European soccer league and a music-publishing company.

Such evidence could be a major blow to YouTube's defense. If managers possessed "actual knowledge" of copyright infringement on the site and did not quickly remove it, the company may not be entitled to protection under the Digital Millennium Copyright Act's safe-harbor provision, according to legal experts.

"The facts you described could very well be the smoking gun that puts a hole through Google's case," Roger Goff, an entertainment attorney not involved in the case, told CNET News. "(If the facts are accurate), Google will have a very difficult time claiming that (its staff members) don't undermine its protection."

The provision, established in 1998, was designed to give online services a measure of protection from liability for infringing materials uploaded to their sites - as long as they meet a certain criteria, including:

(A)(i) The services don't have actual knowledge that the material, or an activity using the material on the system or network, is infringing.

(ii) in the absence of such actual knowledge, is not aware of facts or circumstances from which infringing activity is apparent; or

(iii) upon obtaining such knowledge or awareness, acts expeditiously to remove, or disable access to, the material.

The entertainment industry has been skeptical about YouTube's claims that it did not have knowledge of the once-plentiful amounts of infringing content available on the site. Clips from popular TV shows, feature films, or sports events would often bubble up in YouTube's Most Viewed or Most Discussed sections.

It should be noted that the correspondence described by sources likely make up only a sliver of the material exchanged, and there's no way to know the full spectrum of internal discussions regarding copyright at YouTube.

"The characterizations of the supposed evidence, made in violation of a court order, are wrong, misleading, or lack important context and notably come on the heels of a series of significant setbacks for the plaintiffs," Aaron Zamost, a YouTube spokesman, said Monday evening. "The evidence will show that we go above and beyond our legal obligations to protect the rights of content owners.

Any questions about what YouTube employees may or may not have uploaded to YouTube must also be asked of Viacom's employees. Court documents show that on August 25, Viacom agreed to turn over records that shed light on "Viacom's decisions to upload or authorize the uploading of videos to YouTube" and on the company's policies "for allowing videos to remain on YouTube for marketing promotional or other business reasons."

This suggests that Viacom employees also uploaded clips to the site. A company representative declined to comment.

Viacom has long acknowledged that it was one of the first to promote shows online by posting clips to YouTube. But the conglomerate has also said the uploading of clips does not undermine or diminish its copyright claim.

YouTube's counterargument has always been, how is the company supposed to know the difference between pirated and legally uploaded clips when companies like Viacom are among those uploading material?

Google acquired YouTube for $1.65 billion in October 2006, a price tag that set the bar for Web 2.0 acquisitions. Long before that, many in the film and television industries claimed that YouTube was building a big audience by enabling people to pirate professionally produced television shows and films.

Since Viacom first filed its suit in March 2007, accusing Google and YouTube of encouraging users to commit intellectual-property theft, many online services and entertainment companies have closely watched the case because of its broad implications. What the YouTube-Viacom suit could help settle, to some degree, is who is responsible for policing and initiating the removal of pirated materials - the copyright owners or the operators of online services?

But should the case ever go to trial, the outcome may be less significant than legal experts once predicted. While the lawsuit has meandered in the courts for 30 months, other legal battles featuring companies with less marquee value have already gone a long way toward determining Web services' key issues surrounding copyright.

Two weeks ago, U.S. District Judge A. Howard Matz issued a decision saying video site Veoh was not responsible for copyright violations committed by users because it was entitled to protection under the DMCA. Universal Music Group, the world's largest record company, had filed a copyright suit against Veoh that experts said was very similar to the YouTube-Viacom case. Matz's decision appeared to set an important precedent that would help YouTube and Google argue against Viacom, the parent company of MTV Networks and Paramount Pictures.

The issue is whether Veoh takes appropriate steps to deal with copyright infringement," Matz wrote. He concluded that it had.

YouTube supporters cheered Matz's ruling, believing that it would apply to YouTube's situation because the Web's largest video site had long established and enforced a "takedown policy," whereby the company removed infringing content, once notified by a copyright owner. And later, the video site took steps not required by the DMCA by establishing a state-of-the-art filtering process that helps block material from being uploaded to the site.

But attorneys for Viacom and members of the class action are expected to argue that YouTube's filtering system is a gaping hole in YouTube's defense. One of the major complaints that content owners had about YouTube was that before the company launched its filtering technology, they were forced to file takedown notices for every instance of infringement. In some cases, an entertainment company could remove a popular clip, only to see someone else upload it again seconds later.

Lawyers for Viacom and the class action group are expected to argue that if YouTube was notified that a specific clip was pirated, and had the power to prevent copies from going up but did not act to remove them, the company violated the DMCA.

The plaintiffs use as evidence a paraphrased statement from Chad Hurley, YouTube's CEO, and one of its three co-founders, which appeared in The New York Times in February 2007, the sources said.

"(Hurley) said the company was still working on its filtering technology," the Times wrote. "He said it had agreed to use it to identify and possibly remove copyrighted material from Warner Music, and it would discuss a similar arrangement with Viacom as part of a broader deal."

A Viacom representative said at the time, "They are saying we will only protect your content if you do a deal with us - if not, we will steal it."

The YouTube-Viacom suit is unlikely to go to trial before next year. Certainly, with YouTube wooing entertainment companies as it attempts to battle Hulu, Netflix, Crackle, iTunes, and other digital-video outlets, there exists the possibility that YouTube and Viacom will come to some kind of settlement.

A settlement might be anticlimatic, but could be the best for all concerned.
By Greg Sandoval