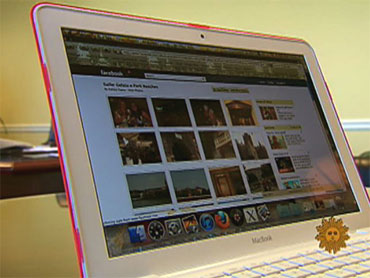 The simple request for PRIVACY PLEASE sounds almost quaint in the age of full body scans and Facebook. And even for those intent on maintaining their privacy . . . pitfalls abound. Our Cover Story is reported now by Erin Moriarty of "48 Hours":

The pictures were exactly what you'd expect from a European summer vacation: Cafes in Italy and Spain, the Guinness brewery in Ireland. So 24-year-old Ashley Payne, a public high school English teacher in Georgia, was not prepared for what happened when her principal asked to see her in August 2009.

"He just asked me, 'Do you have a Facebook page?'" Payne said. "And you know, I'm confused as to why I am being asked this, but I said, 'Yes.' And he said, 'Do you have any pictures of yourself up there with alcohol?'"

In fact, the picture that concerned the principal - showing Payne holding a glass of wine and a mug of beer - was on her Facebook page. There was also a reference to a local trivia contest with a profanity in its title.

Payne was told a parent of one of her students called to complain. And then, Payne says, she was given a choice: resign or be suspended.

"He told me that I needed to make a decision before I left, or he was going to go ahead and suspend me," she said.

She resigned. Attorney Richard Storrs is fighting to get Payne's job back.

"It would be like I went to a restaurant and I saw my daughter's teacher sitting there with her husband having a glass of some kind of liquid," Storr said. "You know, is that frowned upon by the school board? Is that illegal? Is that improper? Of course not. It's the same situation in this case."

But here's the really troubling part: Payne had used the privacy settings on Facebook. She thought that only her closest friends could see her vacation photos or her use of the "B" word.

"I wouldn't use it in a classroom, no," she said. "But Facebook is not the classroom. And it's not open to the students of my classroom. They are not supposed to see it. I have privacy in place so they don't see it."

What Ashley Payne or anyone of us who uses the Internet has to realize is this: Today our private lives are no longer so private.

"When we talk about a right to privacy, what we are really talking about is the right to control information we consider to be private," said Frederick Lane, an attorney and author of "American Privacy."

But considering what happened to Ashley Payne, does that mean that even when you are being careful and that you have some amount of privacy on a page, you may not?

"You absolutely may not!" said Lane. "All it takes is one person making a copy of what you've posted and it's out in the wild, and you no longer have that control."

And we're not losing that control … we're giving it away - every time we buy with credit cards, use cell phones which signal our location, or post pictures on social networks like Facebook. Just sending an e-mail may make public private information.

"I think that's what is a constant tension in our society, is that we trade information that our parents and our grandparents would have considered private, for fun, for convenience, for that kind of thing," said Lane.

"We are our own worst enemy?" asked Moriarty. 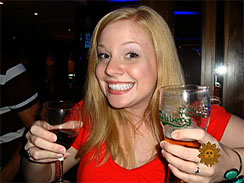 (CBS)
"I don't think that there is any question about that at all,' replied Lane. "I think that the vast majority of the kind of data disclosure that you and I have been talking about is individual-driven. It's not predatory on the part of corporations . It's not predatory on the part of the government. We're giving it up. We're putting it out in the world."

The tension between technology and privacy is nothing new.

In the late 19th century, there was an outcry over a seemingly harmless invention: The first Kodak camera, and the birth of snapshot photography.

"For the first time, people were sneaking around taking photos of other people without their permission," said Lane.

It sparked a 1890 Harvard Law Review article in which future Supreme Court Justice Louis Brandeis and attorney Samuel Warren warned against an ongoing loss of privacy!

Today, one of the fastest-growing businesses on the Internet is something called data mining: companies collecting our private information, packaging it, using it, selling it.

Michael Fertik, a Harvard Law School grad who runs a company called Reputation.com, came up with information I thought was private. I was wrong.

"I think this is your Social Security number," Fertik said. It was!

He also revealed what he called my "online reputation," based mainly on where I happen to live.

"But that may not be correct," said Moriarty.

"It may just not be correct," he explained.

"There's an Erin F. Moriarty who grew up just a few miles where you did, who has been convicted of serving alcohol to minors," Fertik said. "And it'd be very easy for a machine to confuse you and that person, and to think that you are a convicted criminal."

Even though the OTHER Erin is 20 years younger!

Fertik's company helps people track down and correct misinformation. But most of us will never even know it's there.

"The dossier on each of us that is easily aggregated digitally is now probably, let's call it ten pages," Fertik said. "Four years ago it was two pages. In four or five years, it's going to be 100 pages. Why? Because the amount of data that is being collected about each of us, proliferates. Your phone records, your rental records, those different databases that no one originally intended to be combined with one another are being combined now with blazing speed."

He points out that marketing information about potential customers is really nothing new.

"Magazine publishers for years have been selling the list of subscribers they have to the advertisers that want to send a mailing to them," he said.

And keep in mind: the more specific and detailed the information, the better companies can target their advertisements to customers who really want it.

"Let's ask the 500 million people that are on Facebook how concerned are they about their privacy," Moore said. "Or the 100 million that are on MySpace? Most of them really don't care."

"Yes, I put it on the Internet, so you can make that argument," she said. "But it sort of feels like the same thing as if I had put the pictures in a shoebox in my house and someone came in and took them and showed one of them to the principal."

What's worse, after she resigned her job at Apalachee High School, Payne says she learned the original complaint came in an anonymous e-mail - not in a phone call from an angry parent.

"No parent has ever claimed it," Payne said. "There's never been any other complaints against me at this school from teachers, students or parents."

Officials at the Barrow County Schools, who declined to speak to "Sunday Morning," have so far refused to re-hire Payne.

In court documents, they say teachers were warned about "unacceptable online activities" by the district. Payne's page, they say, "promoted alcohol use" and "contained profanity."

She is now in graduate school and is suing the district. She says she wants to be sure that the Internet won't just record how Ashley Payne lost her job, but that she fought back.

"I want to clear my name, first of all," she said. "And I just want to be back in the classroom, if not that classroom, a classroom. I want to get back doing what I went to school for, my passion in life."