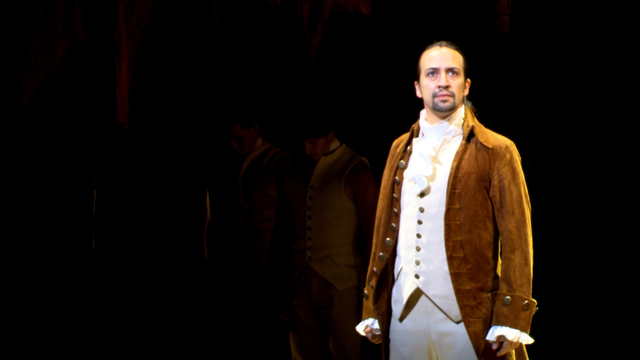 WASHINGTON, D.C.-- Plans to put awoman on the $10 bill ran into high drama and a Broadway musical.

On Wednesday, it came to a surprise ending -- Alexander Hamilton stays on the sawbuck -- abolitionist Harriet Tubman replaces Andrew Jackson on the face of the $20 -- and that's not all.

The abolitionist who risked her life bringing hundreds of slaves to freedom is moving a slaveholder and former president to the back of the bill.

"Having a woman on the 20 was really important and I think Harriet Tubman will tell a powerful story about what an individual can do to change the course of history," said Treasury Secretary Jack Lew.

This wasn't the original idea. Lew initially planned for a woman to join Alexander Hamilton on the $10.

But a Broadway hit about the founding father and first Treasury Secretary meant new-found fans rallying around not a woman -- but Hamilton himself.

Did Hamilton the musical play some part in this?

"I wouldn't exaggerate it," Lew said. "When I saw the show in August, I already at that point told the people I talked to, don't think this is going in place like you read about, because it's more complicated than that. It's bigger than that."

The back of the new $10 will honor suffragettes, like Susan B Anthony. And the redesigned $5 will feature Eleanor Roosevelt and showcase historic events at the Lincoln Memorial like Martin Luther King Jr.'s "I Have a Dream" speech.

The designs for all three bills will be unveiled in 2020, the 100th anniversary of women getting the right to vote. They'll go into circulation in the years following.

Barbara Howard has been pushing to get a woman on the $20.

The issue for the timing is security -- and making sure the currency can't be counterfeited. Ultimately it's up to the Federal Reserve to decide when money goes into circulation, and Lew tells CBS News he's asking the Fed to expedite the process.

Where the storm threats are headed next
Julianna Goldman