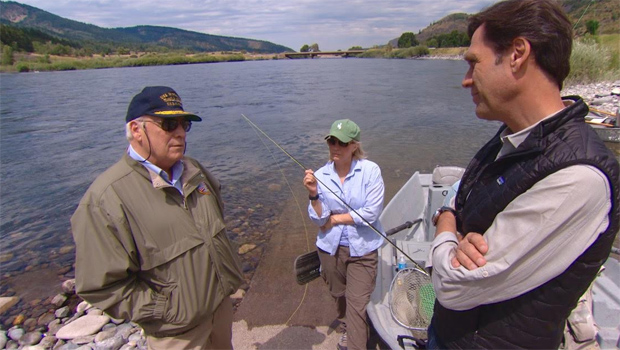 Former Vice President Dick Cheney was changed personally -- as was his view of the world -- by the September 11th terrorist attacks, he tells correspondent Lee Cowan in an interview to be broadcast on CBS' "Sunday Morning" August 30.

"It was alleged by some, my friends, that 9/11 did change Cheney," he told Cowan. "That as Secretary of Defense under the first Bush administration, he was a warm, pleasant, loveable fellow, and he became more of a hard rock afterwards. And I think that's probably true. It changed -- well, it changed the way I looked at the world."

In the wide-ranging interview, the 74-year-old former Vice President talks about life inside the White House and out; his views on the Obama administration; and his new book, "Exceptional," co-authored with his daughter, Liz Cheney, and published by Simon & Schuster (a division of CBS).

Cheney discusses his criticism of President Obama's policies toward Iraq, the controversial nuclear deal with Iran, and the rise of ISIS. "I think the spread of ISIS was the direct result of the vacuum that was created when the Obama Administration withdrew all of our forces from Iraq," he said. "By the time we left office, Iraq was in good shape; Obama said as much."


Seven years out of office, Cheney is unapologetic about his hardline approach: "If you're just nothing but warmth and friendliness and so forth, you seriously can't deal with the kinds of issues I've had to deal with over the years, and I wanted to deal with," Cheney said. "It's almost, I think, if you are criticism-free, then you're probably not doing your job."

As for his own legacy, Cheney said he's leaving it up to historians to figure that out down the road.

"I feel like I did the best I could under extraordinary circumstances, and I'm satisfied with that," he said.

"Sunday Morning," hosted by Charles Osgood, is broadcast on Sundays at 9:00 a.m. ET/PT on the CBS Television Network. Rand Morrison is executive producer.