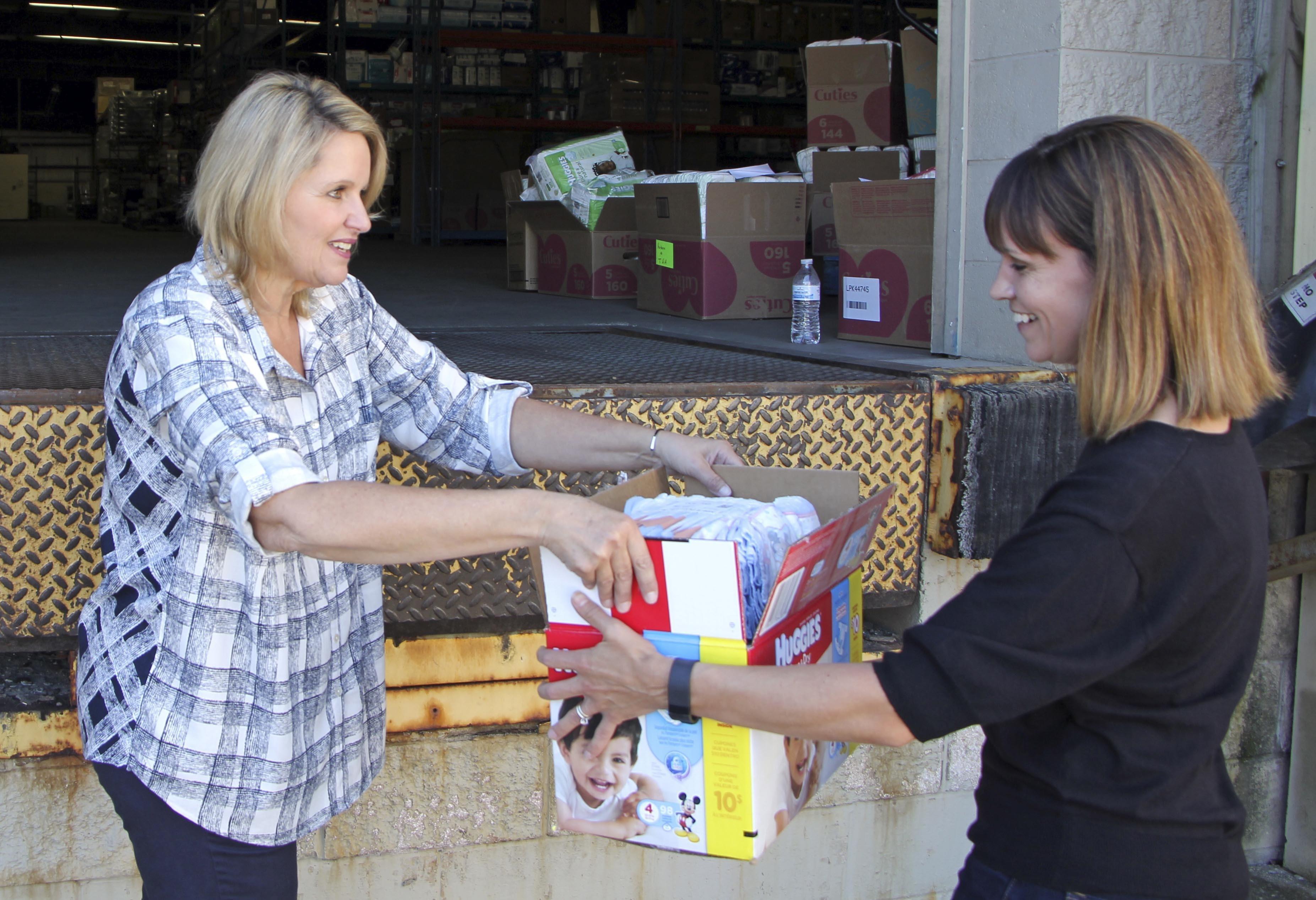 Christine Shotts, in Springfield, Missouri, has eight kids under age 9. She works two part-time jobs and her husband works as a car mechanic, but their incomes don’t stretch nearly far enough.

Jilcana Montoya has the same problem. She’s on government assistance in Washington, D.C., living in transitional housing while earning her GED and caring for her 2-year-old son and 7-month-old daughter.

One of their most urgent needs is often a hidden one: keeping their kids in diapers. And they’re hardly alone, driving a relatively new movement to distribute free disposable - and sometimes cloth - diapers to those who can afford them the least.

“We’d get a small pack of diapers and I’d have to make that stretch until the next week,” said the 30-year-old Shotts, who has two kids still in diapers.

“We would scrounge up change or whatever we could. We collected cans and turned them in for recycling. We would get one size only, size 4, and I would put them all in size 4 so I could get a bigger box,” she said.

Added the 22-year-old Montoya: “I never had enough money for diapers. I would need to use the money I was going to use to eat.”

Diapers can cost $70 to $80 a month. That price tag is especially challenging for families who don’t have broadband internet access (where there are more deals online), can’t afford online subscription fees for retail sites, must pay in cash or live far from big box stores to get the best diaper deals.

Government aid programs exclude diaper purchases, and there are 5.3 million children under 3 living in need, according to research.

A network of about 320 food pantries, social service agencies and community groups have stepped in with the help of Huggies. Since 2011, Huggies parent Kimberly-Clark has donated more than 200 million diapers and the same number of diaper wipes to the National Diaper Bank Network, based in New Haven, Connecticut.

So what took so long for the so-called “diaper gap” to be addressed?

“Most of our anti-poverty programs miss the details,” said Joanne Goldblum, a former social worker who is the CEO and founder of the diaper network. “They look at the big picture and they don’t look at the small picture. And the truth is that it’s the little things that impact most people’s day-to-day lives more than anything else.”

Goldblum started small. She began a local diaper bank in New Haven in 2004 with a few friends, collecting donations and giving out diapers from her home. She established the national network, now spanning 46 states, the District of Columbia and Guam, after Huggies came knocking. There were other diaper banks when she started hers in New Haven, but the national network helped draw attention to the issue.

Jose Corella, senior brand manager for Huggies, said Goldblum’s efforts played right into a study and social media campaign the company launched to raise awareness of the diaper gap the year before, in 2010.

“What we saw in our study is that some of those households that suffer from diaper need end up reusing disposable diapers, so they’re washing them and hanging them to dry,” he said. “You can imagine this leads to a host of health issues.”

Earlier this year, the White House issued a call to action and President Barack Obama challenged online retailers, diaper makers and nonprofits to come up with innovative solutions.

Cecilia Munoz, an assistant to the president and director of the White House’s Domestic Policy Council, noted in a March briefing that the poorest families with infants use 14 percent of their income for diapers alone - an average $936 per child each year. By contrast, many higher income families pay less than half that amount.

Out of the White House initiative, the online site Jet.com got involved, enlisting the help of Cuties diapers and nonprofit organizations. First Quality, which makes Cuties, designed a new, bare-bones type of diaper packaging, with less colored printing and other shortcuts, to reduce costs.

Jet is selling the packs to community distributors at no profit, driving down the cost of such third-party purchases by as much as 25 percent and guaranteeing two-day shipping with no minimum order. Launched in April, the effort dubbed the Community Diaper Program expects to handle more than 15 million diapers bound for low-income families this year alone.

Corinne Cannon, a former teacher who founded the DC Diaper bank in 2010, is one of the national network’s distributors, plugging into social service agencies. Her bank is the source of Montoya’s diaper supply.

“A lot of time we don’t think about the lived reality of poverty,” Cannon said. “We talk a lot about parenting and poverty, but what does that physically look like if you’re taking three buses a day with a toddler to buy diapers? What does that look like if you’re stretching diapers? These are things that were never discussed. We’ve got a lot of young moms who are hesitant, who don’t want to say they need something as basic as this.”