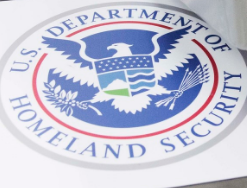 NEW YORK -- The Department of Homeland Security issued a scathing statement Wednesday against three airlines that have distanced themselves from the U.S. policy of separating children from their families at the border.

American Airlines said Wednesday it "requested the federal government to immediately refrain from using American for the purpose of transporting children who have been separated from their families due to the current immigration policy."

A statement from United CEO Oscar Munoz later said the airline "contacted federal officials to inform them that they should not transport immigrant children on United aircraft who have been separated from their parents."

Delta Air Lines walked a finer line in its statement saying the company's "mission is to connect people and we are against anything that runs contrary to that mission. Recent reports of families being separated are disheartening and do not align with Delta's core values. We applaud the Administration's Executive Order resolving the issue of separating children from their families at the U.S. border."

In response, DHS press secretary Tyler Q. Houlton said "it's unfortunate that American, United, and Frontier Airlines no longer want to partner with the brave men and women of DHS to protect the traveling public, combat human trafficking, and to swiftly reunite unaccompanied illegal immigrant children with their families."

"Despite being provided facts on this issue, these airlines clearly do not understand our immigration laws and the long-standing devastating loopholes that have caused the crisis at our southern border," Houlton said in a statement. "Buckling to a false media narrative only exacerbates the problems at our border and puts more children at risk from traffickers. We wish the airlines would instead choose to be part of the solution."

The issue of whether airlines have transported children separated from their families bubbled up after a recent Facebook post claimed that more than a dozen children were "dressed as criminals" when they traveled on a recent flight from Arizona to Florida. The Facebook post said the children arrived in Miami last week, "not knowing if they will ever see their loved ones again that they were separated from in Phoenix."

The Facebook user who posted it claimed to be a friend of a flight attendant whose coworker initially wrote about the incident. CBS News has confirmed some of the details of the flight.

American said Wednesday it has "no knowledge that the federal government has used American to transport children who have been separated from their parents due to the recent immigration policy" and "would be extremely disappointed to learn that is the case."

Amid growing backlash against the policy family separation, President Trump signed an executive order Wednesday to keep families together at the border.