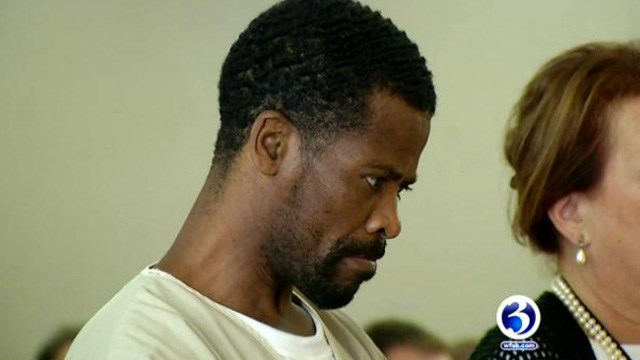 WASHINGTON - The U.S. tried repeatedly to deport Jean Jacques, an immigrant living in the U.S. illegally, but his native Haiti wouldn't take him back after he served more than a decade in a state prison for attempted murder and committed multiple parole violations.

Each time Jacques was arrested on a parole violation, he would serve a sentence in state prison and then be released to immigration custody. At least three times, Haiti refused to take him back, so Immigration and Customs Enforcement officials in early 2015 did the same thing they do thousands of times a year - they released a violent criminal immigrant from jail.

After his conviction, a Chadwick family attorney told CBS affiliate WFSB: "The next part of this very disturbing tragedy is to now inquire about why Jean Jacques wasn't deported by immigration and customs."

Jacques is a textbook example of the kind of immigrant living in the U.S. illegally that the Obama administration says should be returned to his home country.

But that's easier said than done.

Jacques' case and those of others like him show how difficult it would be to carry out proposals by some politicians, including presumptive Republican presidential nominee Donald Trump, that immigration officials simply find and deport the estimated 11 million immigrants living in the country illegally.

Saldana said the agency is bound by a complex set of immigration laws and rules that govern which immigrants have to be detained and which ones can be set free while they wait for an immigration judge to rule on their case. Add to the mix a yearslong immigration court backlog of nearly half a million cases and some criminal immigrants could be free in the United States for years before being ordered out of the country.

"What is unacceptable is even one (release). Why did you release even one person?" Rep. Jason Chaffetz, R-Utah, asked Saldana.

Saldana also told lawmakers that an effort to develop a system to alert local authorities about a newly released criminal immigrant is underway.

But lawmakers and others say it's not enough.

"They got caught committing a crime. They were convicted of the crime and instead of following the law and deporting them, you released them ... and they commit more crimes," Chaffetz said. "That is so wholly unacceptable."

Chester Fairlie, the Chadwick family's lawyer, said criminal immigrants like Jacques need to stay in jail. And the government could pressure other governments to take back their citizens, he said, by cutting aid packages or reducing the number of visas available for their citizens to come to the United States.

"It seems to me that our State Department should have enough leverage to say to them, you cannot arbitrarily refuse to take these people back," Fairlie said.

The House Judiciary Committee approved a bill in March 2015 that would allow the U.S. to continue to detain some criminal immigrants even if their home country won't take them back. It hasn't progressed beyond the committee.

But Chaffetz said the administration already can pressure foreign governments to take their citizens back by curbing visas. He said Homeland Security officials need to ask the State Department to impose those visa sanctions.

"By U.S. law, these countries must accept deportations or we won't give any more visas," Chaffetz said. "All I'm asking is that the administration enforces current law."

The State Department said Wednesday it has been asked to curb visas in the past, and a meeting is planned between State and DHS officials. It is expected that DHS officials will make a new request for some visa sanctions, but it's unclear which countries may be targeted.

The government has briefly stopped issuing some temporary work visas for immigrants from certain countries that have refused the return of their citizens, including Guyana in 2001. Such efforts can be a sort of signal to other nations considering blocking the return of some criminal immigrants.

"You can do it in a targeted way and stop issuing certain categories of visas," said Igor Timofeyev, a former director of immigration policy and a special adviser for refugee and asylum affairs at DHS during President George W. Bush's administration.

But the effort can be fraught with political and diplomatic complications, Timofeyev said. In the case of China, for instance, a complicated political and economic relationship means that being able to send home criminal immigrants is not the only consideration for an administration.

Nevertheless, Chaffetz and other Republican lawmakers have repeatedly pressed DHS officials to kick-start efforts to penalize countries whose governments have refused to cooperate with deportation efforts.

"They shouldn't be getting federal aid," Chaffetz said during the hearing on the issue. "And we shouldn't be giving them visas so that more people from those countries can come to the United States."