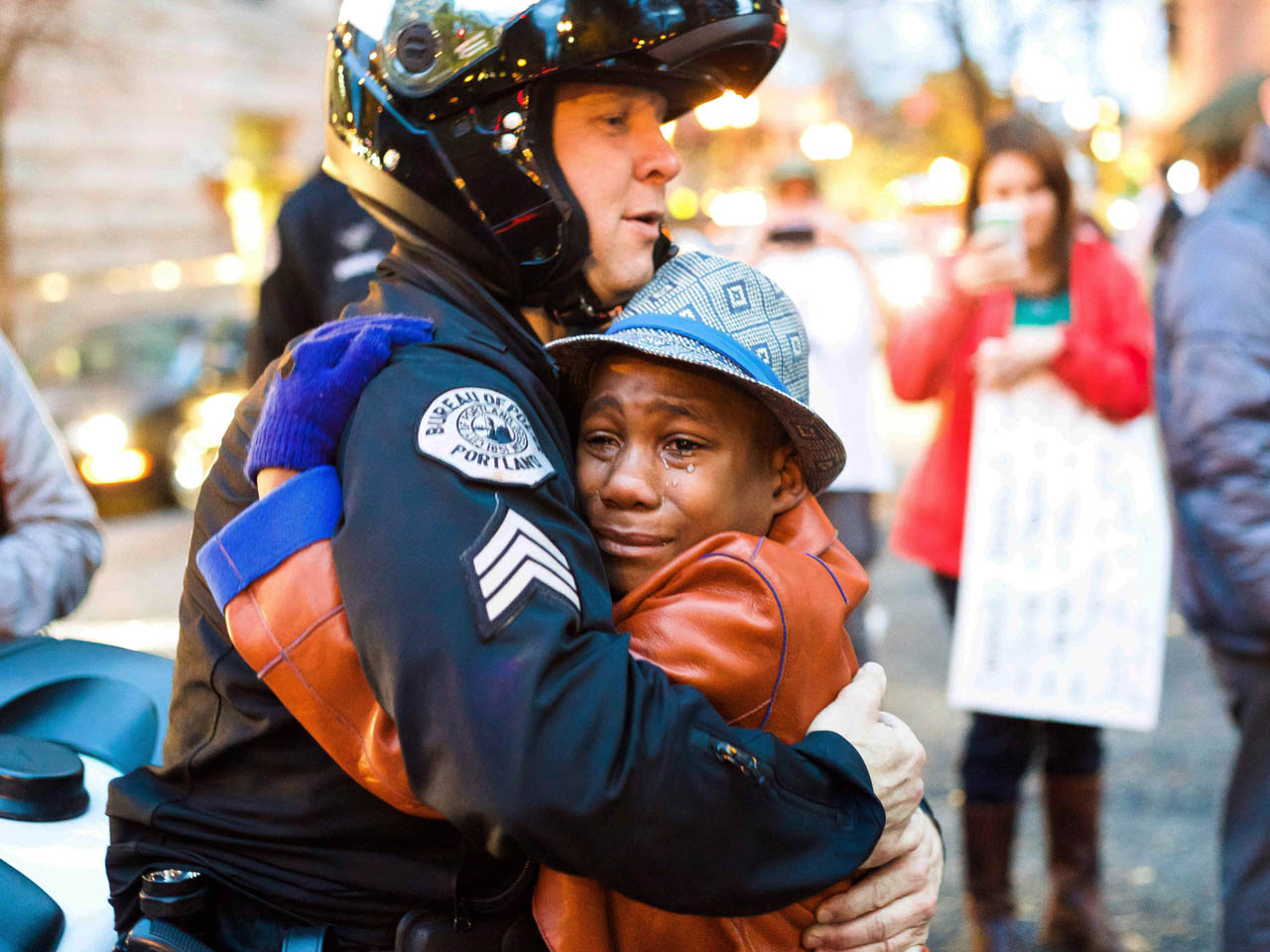 PORTLAND, Ore. - It's being called the hug felt 'round the world.

A touching photo of a white police officer hugging an African-American boy at a Portland protest this week has drawn heavy attention on social media.

The moment was captured by a photographer covering a protest Tuesday in Portland, Oregon, over a Missouri grand jury's decision not to indict Ferguson police officer Darren Wilson for the shooting of Michael Brown.

At the Portland rally was 12-year-old Devonte Hart, who stood crying out of sadness over the events in Ferguson. He was holding a "Free Hugs" sign.

Portland Police Sgt. Bret Barnum saw the boy's sign and asked if he could have a hug. The boy gave him one.

Devonte's mom Jen Hart was there and wrote on Facebook that it was "one of the most emotionally charged experiences I've had as a mother."

"He trembled holding a Free Hugs sign as he bravely stood alone in front of the police barricade. ... After a while, one of the officers approached him and extended his hand. Their interaction was uncomfortable at first. ... [Then] he asked Devonte why he was crying. His response about his concerns regarding the level of police brutality towards young black kids was met with an unexpected and seemingly authentic (to Devonte), 'Yes. *sigh* I know. I'm sorry. I'm sorry.' The officer then asked if he could have one of his hugs."

In a week of often raw emotional displays highlighting a seemingly widening gulf between law enforcement and the African-American community, the photograph poignantly captured the hope that that gap could still be bridged.

Its success on social media comes on the heels of a Facebook post by NFL player Benjamin Watson that also went viral.

It's also not the first time Devonte has garnered attention on social media for his "free hug" campaign. An exchange he had with musician Xavier Rudd last year also stirred emotions online. (Moment comes at around the 8:40 mark.)