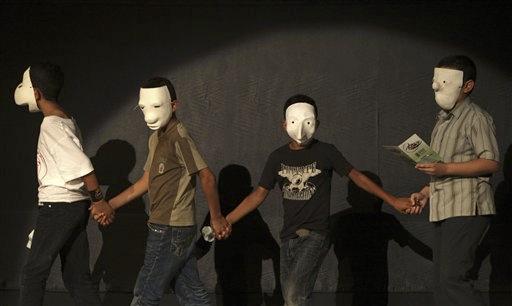 Worried about the lure of the devil, a Vatican-recognized university is offering, for a second year, a class on Satanism, black magic and exorcism.

The class for clergy and seminarians at Rome's Pontifical Academy "Regina Apostolorum" arose out of alarm about Satanic practices among young people, especially in Italy. The academy is run by the Legionaries of Christ, a conservative order, and teachers for the class include exorcists and psychiatrists.

When the first course opened in February, Italy was gripped by a gruesome case of Satanism, with members of a Satanic sect being investigated in the deaths of three people. Two band members were later convicted of the murders, which occurred in woods near Milan.

In recent years, police have discovered sites in the Castelli hill towns outside Rome where they say Satanic cult followers hold black Masses.

This year's opening class of the "Exorcism and Prayer of Liberation" on Thursday featured lectures about liturgical and spiritual aspects of Satanism and problems related to exorcism.

"The aim of this course is to express a clear vision of the phenomenon," said Italian Bishop Andrea Gemma, a leading exorcist who delivered the opening lecture.

"Exorcism ... is an important prayer of the Church to help those who are believed to be, or who really are, suffering from a diabolic infestation," he told his audience.

Pope Benedict XVI recently welcomed a large group of Italian exorcists who visited the Vatican and encouraged them to carry on in their work "in the service of the Church."

In 1999, the Vatican issued its first new guidelines since 1614 for driving out devils, offering cautions to exorcists about taking psychiatric problems into account.

The updated exorcism rite, first issued in Latin and contained in a red, leather-bound book, was a reflection of Pope John Paul II's efforts to convince the skeptical that the devil is very much in the world. At the time, he gave a series of homilies denouncing the devil as a "cosmic liar and murderer."

The Rev. Gabriele Nanni, an exorcist and lecturer of the course, told The Associated Press that there were four widely accepted signs of possession by the devil, "speaking in unknown languages, showing a disproportionate physical strength beyond one's natural capacity, the repulsion to sacred things, such as crucifix and prayers, and knowledge of events that have happened far away, in terms of times and places."

Students received a paper detailing a 10-point guide to recognizing and preventing interest in the occult. It includes a suggestion to parents to monitor whether their children wear strange pendants or T-shirts, listen to loud music on home stereos or watch too many horror movies.