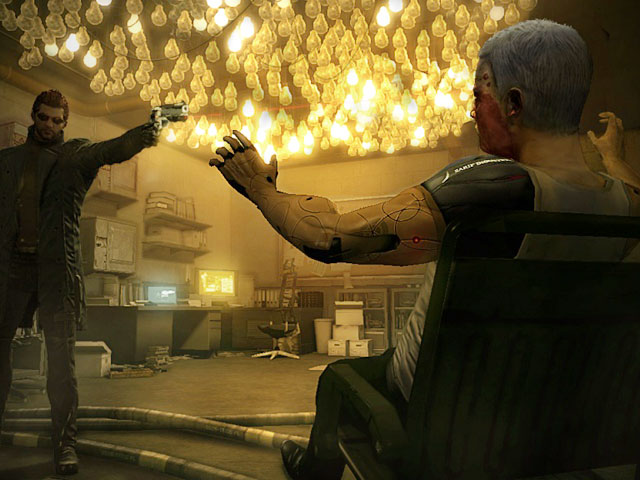 In the game, we enter the world of ex-SWAT specialist Adam Jensen. Set in a beautiful dystopian future, the game is an action-filled adventure and role-playing thriller that requires players to make decisions that will resonate throughout the game.

Unique in its excellence

GameSpot's Kevin VanOrd sums up Deus Ex: Human Revolution as "an excellent game with an unsettling vision of the future we face."

"The longer you play, the more the story grabs you and the more you appreciate the customizability of the game." Van Ord continues, "Hybrid games like this are uncommon. Even more uncommon are games with Human Revolution's power to eclipse its quirks with such enthralling atmosphere and exciting adaptability."

This version does everything right

Ben Kuchera at Ars Technica has high praises for the PC version of the game, "Not only is the game an amazing return to form for Deus Ex but the PC version does nearly everything right."

Ludwig Kietzmann at Joystiq points out the effort put forth by the design studio behind the game, "Eidos Montreal allows you to play freely within its intelligently layered systems, rather than dragging you by the nose through cinematic event after cinematic event. This is the difference between a game that is well made and one that is well designed."

Gamers looking for intelligent content will be please. Tom Price at GamePro shed light on the psychological aspects of the game. "The consistent mental challenge of tackling each mission is what makes it so captivating, relying on strategy over spectacle."

It looks like the critics are all pleased. Aside from a few quirks mentioned in their respective reviews, the overall ratings were positive. Deus Ex: Human Revolutionis available on the PlayStation 3, Xbox 360 and PC.