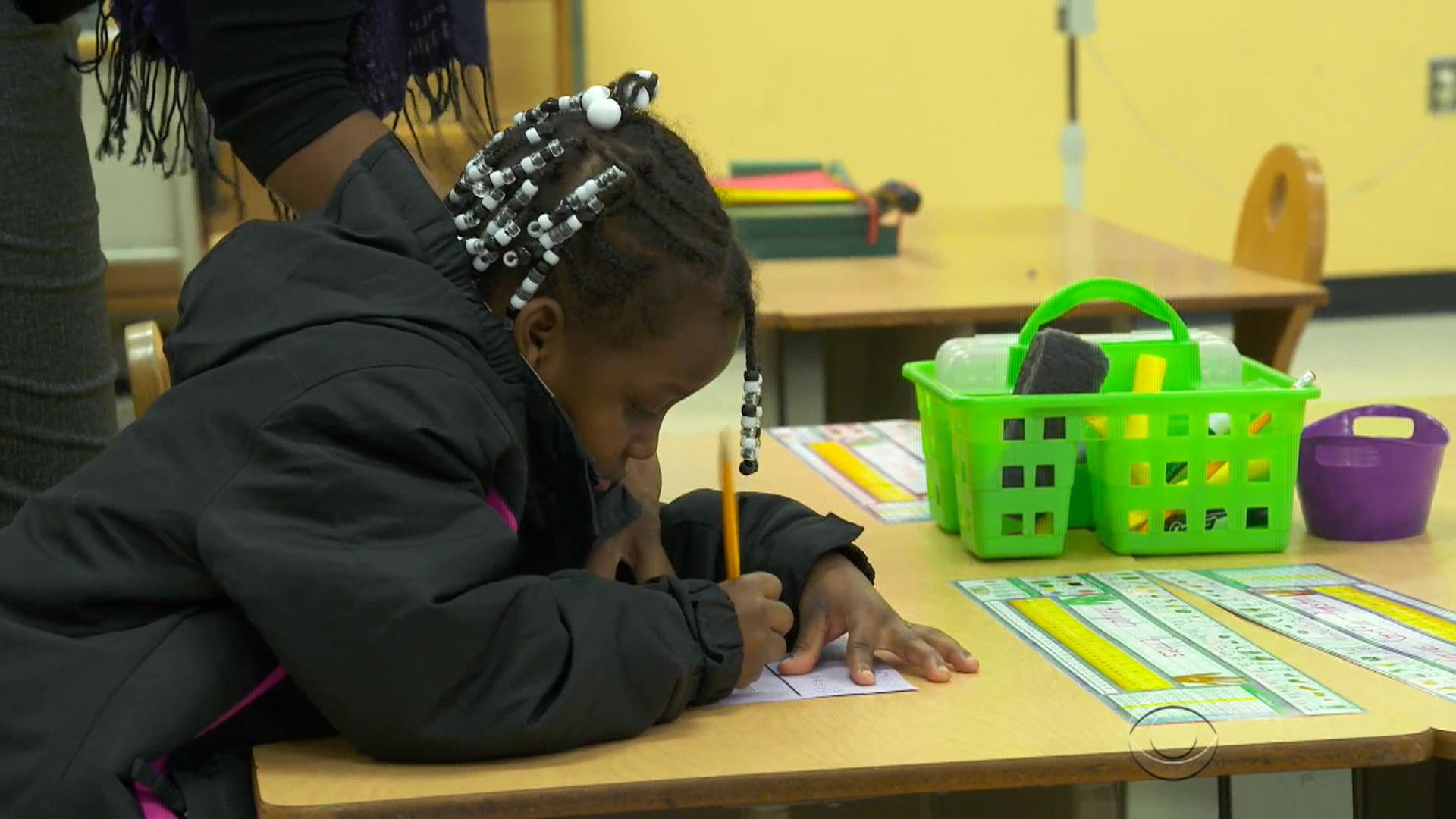 DETROIT -- Many teachers in the Detroit Public Schools spent a third day out sick Wednesday in protest of conditions in the debt-strapped school district. Since Monday, nearly 70 schools have had to close due to a teacher sickout. Teachers claim the health of 46,000 is in danger.

At Spain Elementary School, some kindergarteners wore their coats in class. In several rooms, it's just too cold for five-year-olds.

School counselor Lekia Wilson led CBS News on a tour, when we noticed a smell.

"You can smell the mold through the hallway," Wilson said.

An entire section of the school is closed off, including the gym. It's been ripped up for a year.

"You're seeing the result of rain coming right into the school," Wilson explained.

Water leaking from the roof warped the wood floor, and now the smell of mildew fills the air.

The school's swimming pool has been waiting for repairs for five years. How do you teach gym without a gym?

"We do conditioning in the hallway," gym teacher Andre Harlan told CBS News.

The state took over financial management of Detroit Public Schools in 2009. The district is still $515 million in debt.

Darnell Earley is the emergency manager appointed by Michigan's governor to fix the problems.

"Certainly if we don't get the money that we need to deal with the debt situation, that's only gonna make it worse, "Earley told CBS News.

One of the things Earley says the district cannot afford is a new roof for Spain Elementary School.

"It cries out for the immediate action, and my understanding is that there is a plan to do that," Earley said.

Without an infusion of cash from state legislators, the district says it will run out of money by April.