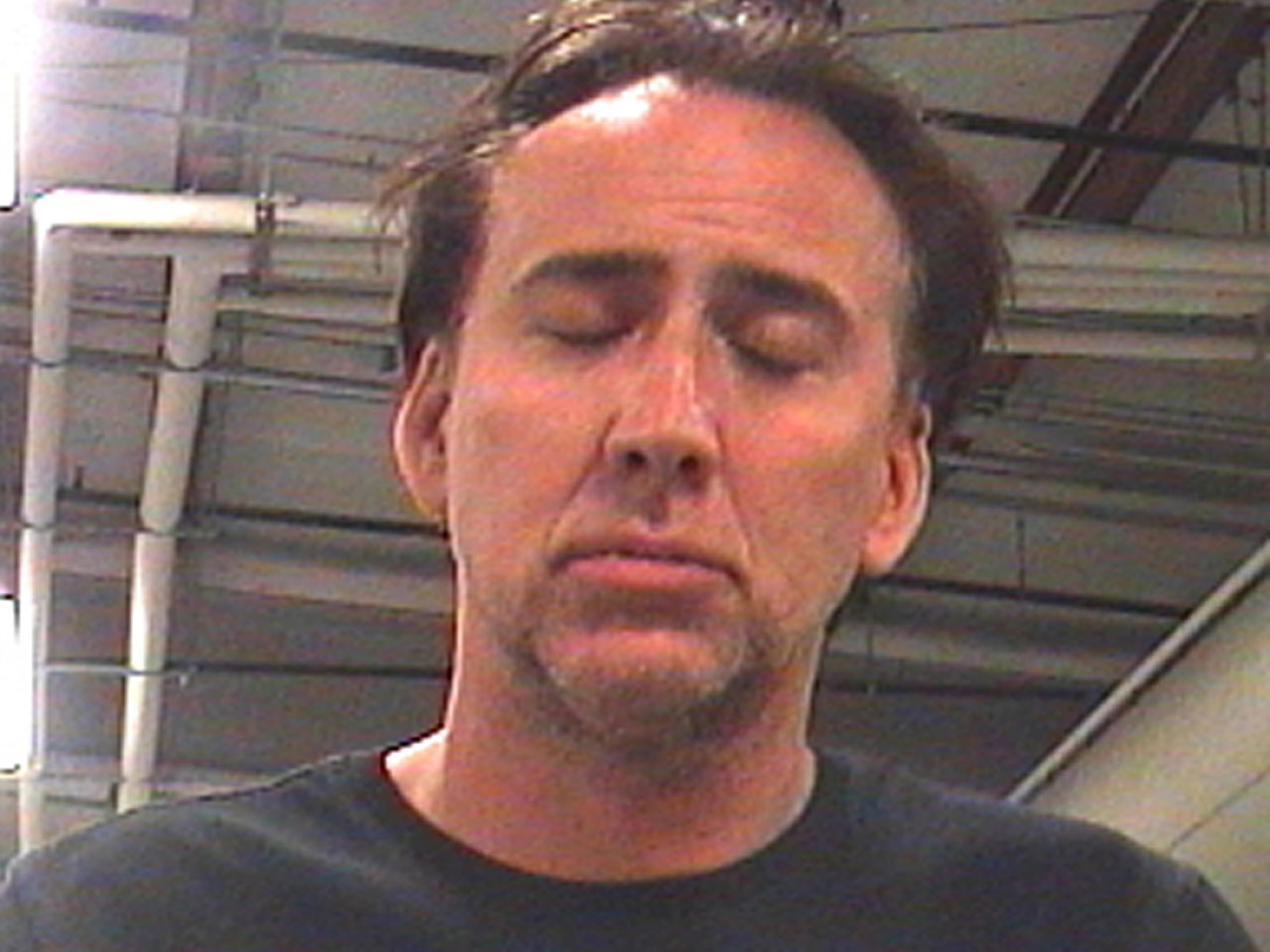 (CBS) - Nicolas Cage was looking to get a tattoo just hours before he was arrested on charges of domestic violence, disturbing the peace and public drunkenness in New Orleans on Saturday.

Cage, 47, stopped by Aart Accent, a tattoo shop in the city's French Quarter, Friday night with his wife, Alice Kim, and three others, according to surveillance footage obtained by TMZ.

Shop employee Brannon Neal recalled to TV station WGNO that Cage and his group were a "little loud," but their behavior was no worse than what he typically encounters during a normal night at work.

Neal added that while the actor, who is filming the movie "Medallion" in the city, was looking to get new body art, his wife was itching to leave.

"She [Alice] was ready go home because she was obviously plastered," he said.

The Oscar-winner reportedly left the shop without a tattoo and was later seen on the 600 block of Dumaine Street bickering with Kim, WGNO reports.

The New Orleans Police said in a press release that Cage, who was "heavily intoxicated," was taken into custody after he grabbed his wife's arm and started hitting cars in a scuffle about whether the house they were standing in front of was the one they were renting.