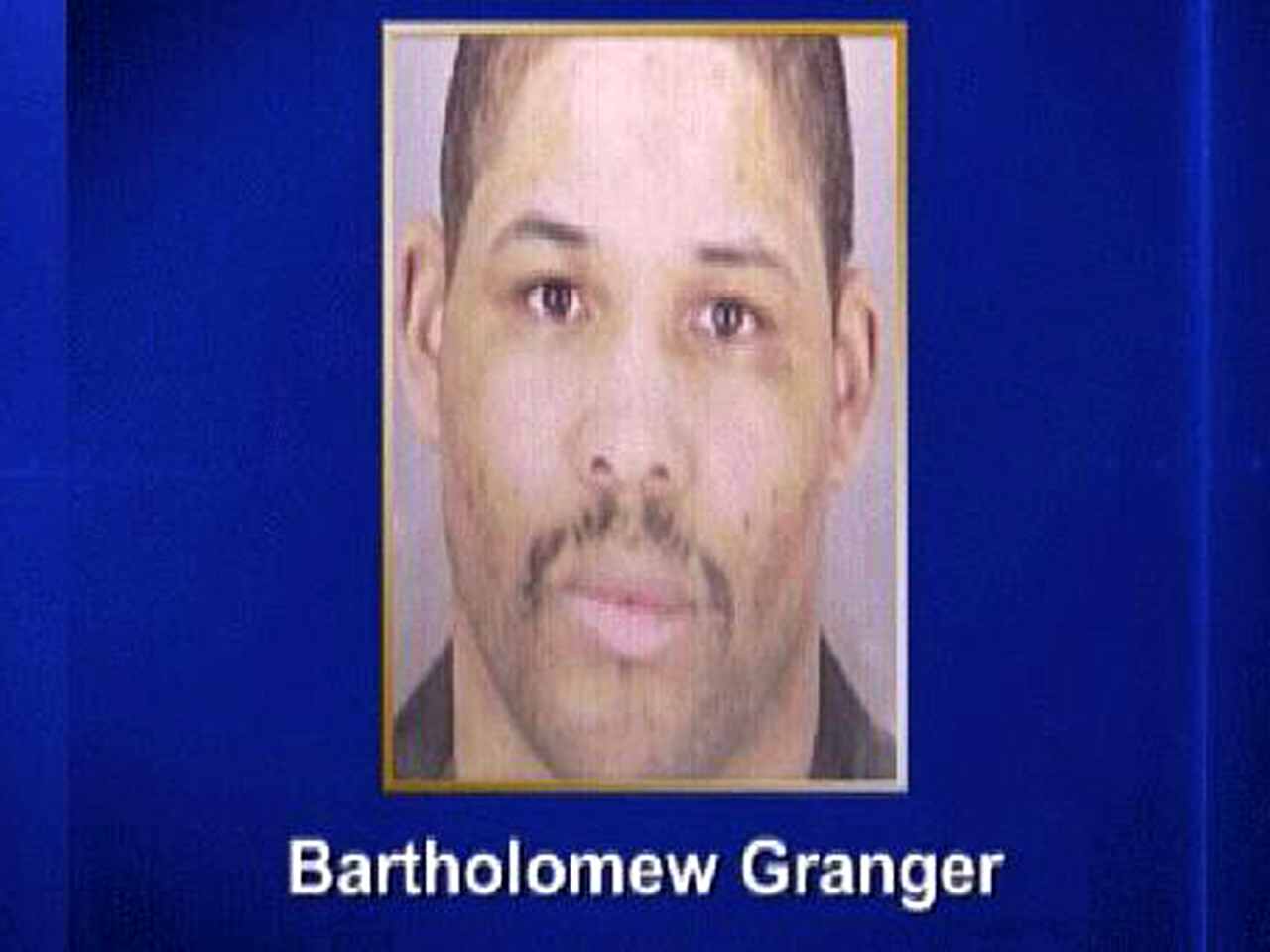 (AP) BEAUMONT, Texas - A man charged in the fatal shooting of a bystander outside a Texas courthouse, sparking a shootout with law enforcement and a brief hostage situation, was ordered held on $4 million bond Thursday.

Bartholomew Granger, 41, was also accused of wounding three other people in the incident Wednesday, including his daughter whom authorities said he ran over with a pickup truck as he tried to flee the scene.

Granger, who was on trial at the Jefferson County Courthouse in Beaumont in a separate criminal case, is now charged with one count of murder. Beaumont lies about 80 miles east of Houston.

Authorities said Granger was outside the courthouse awaiting the continuation of his criminal trial Wednesday when he grabbed a gun from his truck and opened fire. Seabolt was shot as she tried to run to the courthouse, while others dropped to the ground and law enforcement officers returned fire.

"It was crazy," said Beaumont Police Chief Jimmy Singletary. "He was shooting. Our guys were shooting."

Judge Larry Gist, whose office is across the street from the main courthouse building, said there was "pandemonium" as law enforcement flooded the scene.

Police said Granger fired more shots from his truck then ran over his daughter as he drove away. He abandoned the truck in the middle of the street about three blocks away and took several people hostage at a construction business.

Granger told police by phone that he was wounded, then he surrendered and was taken to the hospital.

Rife Kimler, Granger's attorney, said his client's 20-year-old daughter had testified against Granger on Tuesday in what was an emotional family dispute, but that he had thought the trial was going reasonably well.

"I didn't have him on my list of dangerous ones," Kimler said of Granger.

In a separate civil case related to the criminal trial this week, Granger sued the cities of Beaumont and Houston, their police departments and the two surrounding counties complaining of an "unprovoked brutal attack" against his family.

A federal judge dismissed the civil suit in December.