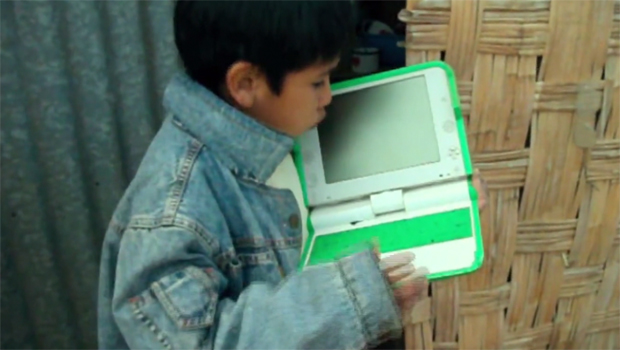 A number of today's top designers are taking a broader view, creating practical items for people with more basic needs. Luke Burbank has been sampling their wares:

What comes to mind when you hear the word "design"? A sleek new phone you can wear like a watch? Maybe a fancy sports car?

Most of us see design as something that makes our lives easier, safer, better. But do they feel that way in the developing world?

Of course they do. "The notion that because somebody is poor they don't have the same appreciation for beauty or function is completely erroneous," said Yves Behar. "It's incredibly insulting, if you really think of it."

Behar is one of the country's top industrial designers. And for him, design is more than just a job, it's a lifestyle. He designed the offices of his San Francisco company, Fuseproject, and they stand as a sort of museum to all he's made.


And yet, one of his proudest achievements isn't something he made for Prada or Samsung.

It's a pair of five-dollar eyeglasses.

"There's a great proverb I learned from Finland that says, 'The poor can't afford bad design, cheap design, low-quality design,'" he said. "Why? 'Cause you have to buy it again, 'cause it breaks down."

The glasses, millions of pairs, are being worn by Mexican schoolchildren. They're designed with a special material called Grilamid, which withstands high levels of distortion. "Which is important when you're a kid. You probably often sit on those glasses. So they need to survive childhood, I guess," Behar said.

The Mexican government hired Behar to solve a problem: poor kids who needed glasses were choosing to go without them, rather than wear the decidedly un-stylish pairs the government had been handing out. Behar's design changed that.

"Every child you provide with a pair of eyeglasses is actually gonna become a better learner," Behar said.

Cheap, durable glasses are one thing -- but what about a cheap, durable computer for kids in the developing world? He designed one of those, too.

"The criteria that were brought to us at the beginning of the project were, you know, tremendously difficult to think of at the time," he said. "A $100 laptop that could be powered with a fifth or less of the amount of energy that it takes to power a laptop we have here."

Today more than three million of these inexpensive laptops are in use from Cambodia to Brazil. They're even celebrated on an Uruguayan stamp, and on Rwandan money.

"I actually don't even know of any other design ever that's ended up on a nation's money!" laughed Behar.

Dean Still hasn't seen any of his designs show up on any cash yet, but he's hoping that what he's creating in an old Oregon logging town will have the same kind of impact. His goal: for wood to burn as cleanly as natural gas.

For 25 years he and his team at Aprovecho Research have obsessively worked towards a sort of holy grail of humanitarian design: an affordable, safe stove for the nearly three billion people around the world cooking over open flames, which damage the environment and their health.

"Wood smoke is about the same as cigarette smoke," said Still. "If a woman is cooking with a kid, they're breathing the equivalent of four packs of cigarettes a day."

"Except this isn't some voluntary choice," said Burbank. "This is something to stay alive, right, to cook food?"

"Right. So their poverty is, in effect, killing them."

An estimated four million people die a year from breathing the smoke from their stoves. The goal of Aprovecho: To create $10 stoves that produce almost no toxic smoke and still cook great food. Not a simple task.

"This stove has very fast little jets of air that are mixing all of the smoke and the gas into the flame, and it's mixing it so well that it's getting all burned up," said Still.

But there's no such thing as one perfect universal stove, because people in each region of the world cook food differently. Still showed Burbank a griddle stove from Honduras for making tortillas; a high-powered stove from China for boiling water; a stove from India for making chapattis, and an African charcoal stove for making fufu.

And for the nearly one-in-five people still living without electricity, Aprovecho recently found a way to solve two problems at once. It's called the Firefly. "This is a lantern that also cooks, so we figured that people might want to be able to see at night to read and whatever, or to prepare the food and also to cook," said Still.

"So this could boil water, and provide light. That could change somebody's life, right?" said Burbank.

Forget iPhones and sports cars -- this is light, where there wasn't any before. It's design that truly makes a difference.

Behar said, "A beautifully-made, well-made, high-quality product is understood exactly in the same way here than it is somewhere else."

How #MeToo came to light

Take the happiness survey
Thanks for reading CBS NEWS.
Create your free account or log in
for more features.
View CBS News In
CBS News App Open
Chrome Safari Continue
Be the first to know
Get browser notifications for breaking news, live events, and exclusive reporting.