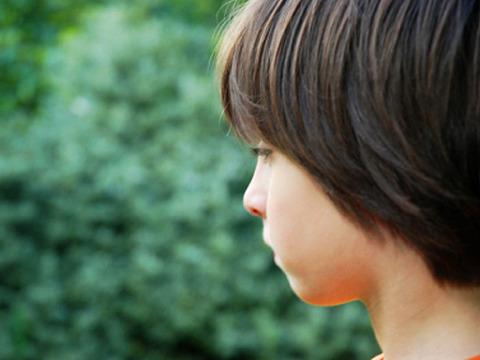 Depression can strike at any age, even among preschoolers, researchers report.

And if it does strike, the odds are that the disorder will recur throughout childhood, a new study shows.

The study found that preschoolers who are depressed are two and a half times more likely to continue to experience symptoms in elementary and middle school, a research team from Washington University in St. Louis said.

However, spotting depression in kids early on could make treatment more effective, they added.

"It's the same old bad news about depression; it is a chronic and recurrent disorder," child psychiatrist Dr. Joan Luby, who directs the university's Early Emotional Development Program, said in a university news release.

"But the good news is that if we can identify depression early, perhaps we have a window of opportunity to treat it more effectively," Luby said. That could "potentially change the trajectory of the illness so that it is less likely to be chronic and recurring," she added.

The study, published recently in the American Journal of Psychiatry, included 246 preschool children, ranging from 3 to 5 years of age. Luby's team evaluated the children for depression and other psychiatric conditions over time.

The children and their caregivers participated in six yearly assessments as well as four semiannual assessments. Specifically, the caregivers were asked about their child's sadness, irritability, guilt, sleep and appetite, as well as reduced enjoyment in activities or playtime.

The researchers also evaluated interactions between the caregivers and their children through a two-way mirror. This was done to determine if part of the reason why children had ongoing symptoms of depression was because they were not nurtured by their parents.

Meanwhile, just 24 percent of the 172 children who were not depressed as preschoolers went on to develop depression later.

Among the children at higher risk for depression were school-age youngsters whose mothers had suffered from depression, the study revealed.

Being diagnosed with a conduct disorder while in preschool also boosted a child's risk for depression later on in elementary or middle school. This risk was reduced however, if children had a lot of support from their mother, the researchers noted.

Overall, the risk for later depression was greatest for the kids who were diagnosed with the condition while they were in preschool, Luby's group reported.

"Preschool depression predicted school-age depression over and above any of the other well-established risk factors," Luby said. "Those children appear to be on a trajectory for depression that's independent of other psychosocial variables."

Preschoolers as young as 3 years old should be regularly screened for depression, the researchers believe. Implementing such depression screenings is easier said than done, however, since there are no effective treatments for young children, they noted.

"The reason it hasn't yet become a huge call to action is because we don't yet have any proven, effective treatments for depressed preschoolers," Luby explained. "Pediatricians don't usually want to screen for a condition if they can't then refer patients to someone who can help."