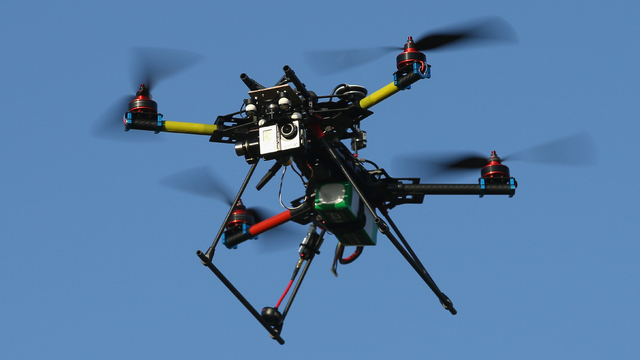 WASHINGTON -- The U.S. Department of Transportation plans to announce a registration requirement for drones and will form a task for to help implement the process, sources tell CBS News transportation correspondent Kris Van Cleave.

Van Cleave reports the task force will include the drone industry as well as other stakeholders. An official announcement is expected Monday.

Transportation Secretary Anthony Foxx told CBS News in August that the DOT was reviewing whether the Federal Aviation Administration had the authority to require drones be registered.

Requiring people to register their drone at the point of sale would provide "at least some ability to track it back if we find that they are violating some FAA rule," Foxx said in August. "That's just one example of the type of thing that we are exploring."

Currently, drones are considered hobby aircraft and are exempt from registration because they are supposed to be operated below 400 feet. As CBS has reported, airspace rules are being widely violated. As first reported by CBS News, a record of at least 650 drone sightings have been reported by pilots so far this year. That's compared to 238 in all of 2014.

"The FAA needs the ability to set clear rules for when and where consumers can fly drones, require manufacturers to install basic technological safeguards and ensure consumers receive safety information," said Sen. Dianne Feinstein, D-California, who has introduced a bill to regulate drone use. The near tripling of aircraft-done encounters number "should sound the alarm," she said.

In a statement to CBS News in August, Brian Wynne, president and CEO of the Association of Unmanned Vehicle Systems International, called for better enforcement of existing rules.

"Unmanned aircraft systems shouldn't fly close to airports, or manned aircraft or above 400 feet," he said. "These are common-sense guidelines, but many new UAS enthusiasts aren't taking the time to understand where they should and shouldn't fly. Any individual who misuses UAS technology, or uses it in a careless and reckless manner, should be held accountable. The FAA needs to enforce its existing rules if a UAS endangers manned aircraft or people on the ground. "