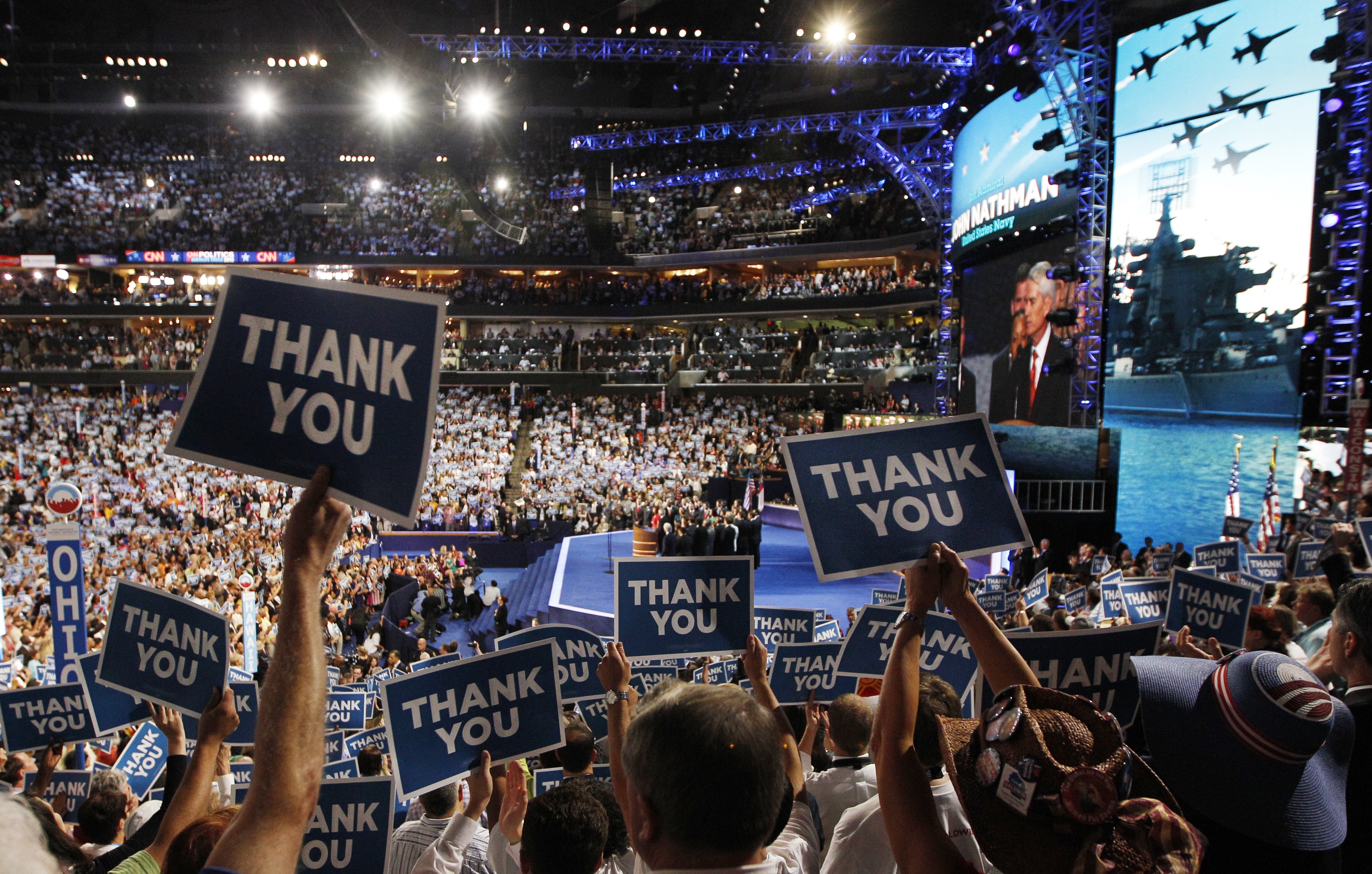 (CBS News) The Democratic National Convention Committee apologized Wednesday for featuring pictures of Russian warships during a tribute to veterans at the party's convention last week, citing a "vendor error" and expressing the hope that the message had not been lost.

"Due to vendor error, incorrect images appeared briefly on screen behind fifty-one veterans during the convention and the DNCC apologizes for this mistake," a convention official said in a statement. "This error should not distract from the words of Admiral Nathman and others who spoke to President Obama's strong record on issues that impact those who have served our nation."

As the Navy Times first reported Tuesday, images of Russian navy ships were pictured during a convention speech by retired Adm. John Nathman, a former commander of Fleet Forces Command, who lauded the nation's veterans for their service.

According to the Navy Times, the ships featured were not only not American naval ships - they were "the very Soviet-era combatants that Nathman and Cold Warriors like him had once squared off against."

Democrats, in issuing the apology, didn't pass up a chance to take a swipe at Mitt Romney, who did not mention veterans in his own convention speech.

"We're proud of the service and sacrifice of our veterans and military families, and while they were an important and active part our of convention, Mitt Romney failed to even mention them in his speech in Tampa," the Democratic statement read.